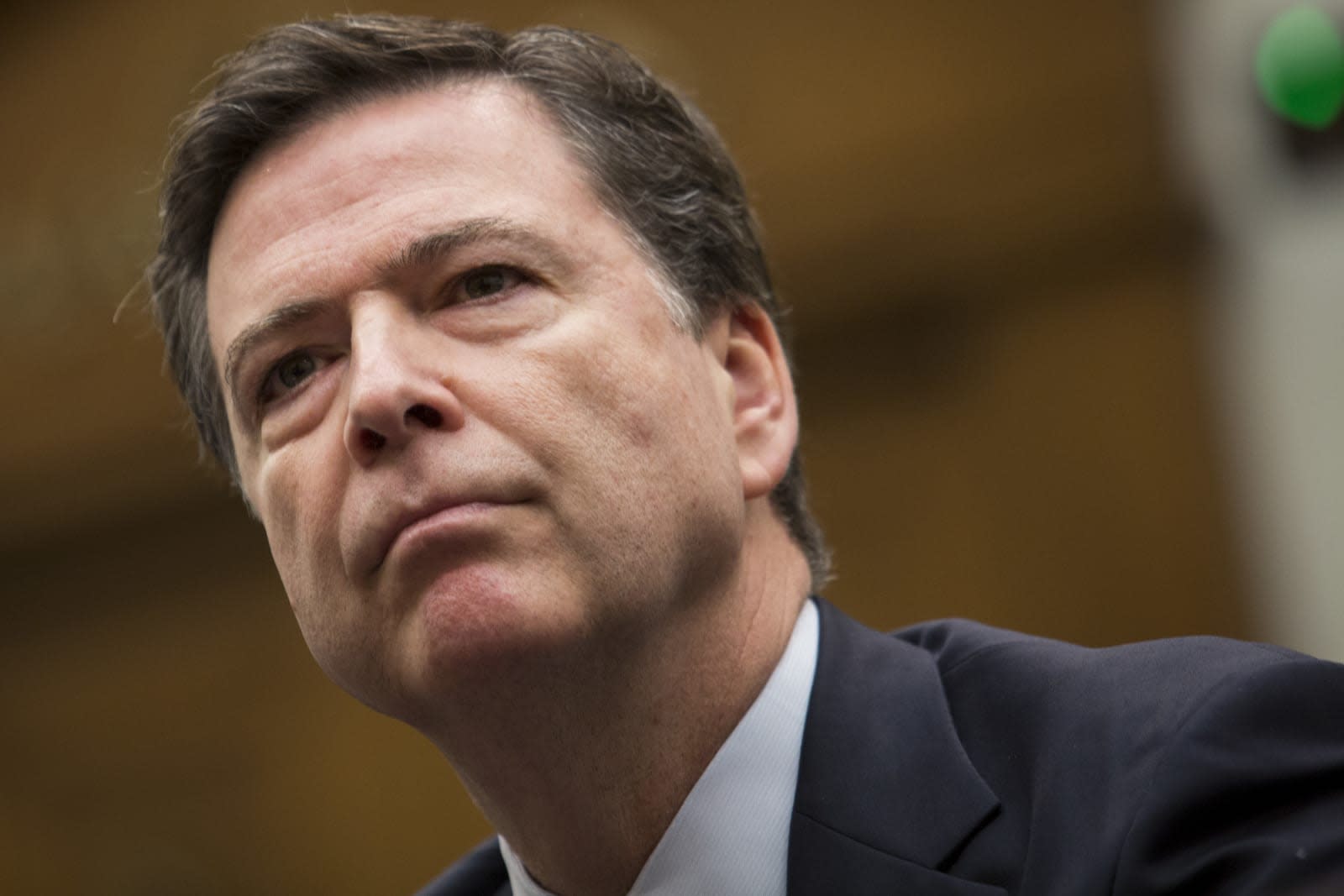 Days after presumptive Democratic presidential nominee Hillary Clinton spent a few hours speaking with FBI investigators about her emails, director James Comey provided an update. Comey said that while Clinton was "extremely careless" with her use of a private email server during her time as Secretary of State, the FBI found no evidence that she was trying to intentionally break the law by doing so. The director went on to explain that "no reasonable prosecutor" would bring charges against Clinton for how she and her team handled those messages.

"Although there is evidence of potential violations regarding the handling of classified information, our judgment is that no reasonable prosecutor would bring such a case," Comey said.

Over the weekend, Clinton noted that she was happy to answer any further questions the FBI had on the matter, and that she'd been doing so for over a year. During that time, the US government has been investigating Clinton's handling of government emails, releasing batches of messages turned up during the investigation. Comey reiterated today something we already knew: some of the messages contained classified information. Clinton has maintained that those messages were not marked as such when she sent of received them.

The FBI director also explained that the bureau found no evidence that Clinton's personal email server was hacked, but he didn't rule out the possibility of unauthorized access. He noted that "this investigation was done honestly, competently and independently," as a means of addressing criticism that the FBI will most certainly face for not recommending charges.

Of course, even though the FBI has concluded its investigation, that doesn't mean that the ordeal is over. This will likely remain a hot top until the election as presumptive Republican presidential nominee Donald Trump has been critical of Clinton's email practices throughout his campaign. After the FBI announcement today, Trump tweeted "the system is rigged" and "as usual, bad judgement." We'll likely hear from both Clinton and Trump on the matter later today as both candidates have campaign stops scheduled in North Carolina.

In related news, Wikileaks on Monday published more than 1,000 emails pertaining to the Iraq War sent to and from Clinton during her time as Secretary of State.

Ahead of the #Chilcot report: 1258 Hillary Clinton emails on #Iraq https://t.co/HNnujrB20o

Update: Trump has posted a statement on his campaign website in response to the FBI's announcement. The presumptive Republican nominee says that many of the events of the last week weren't accidental and that anyone else would've been charged for the same actions. "It was no accident that charges were not recommended against Hillary the exact same day as President Obama campaigns with her for the first time," the statement explained. You can read the full text here.

In this article: culture, email, fbi, government, hillaryclinton, investigation, security, us
All products recommended by Engadget are selected by our editorial team, independent of our parent company. Some of our stories include affiliate links. If you buy something through one of these links, we may earn an affiliate commission.