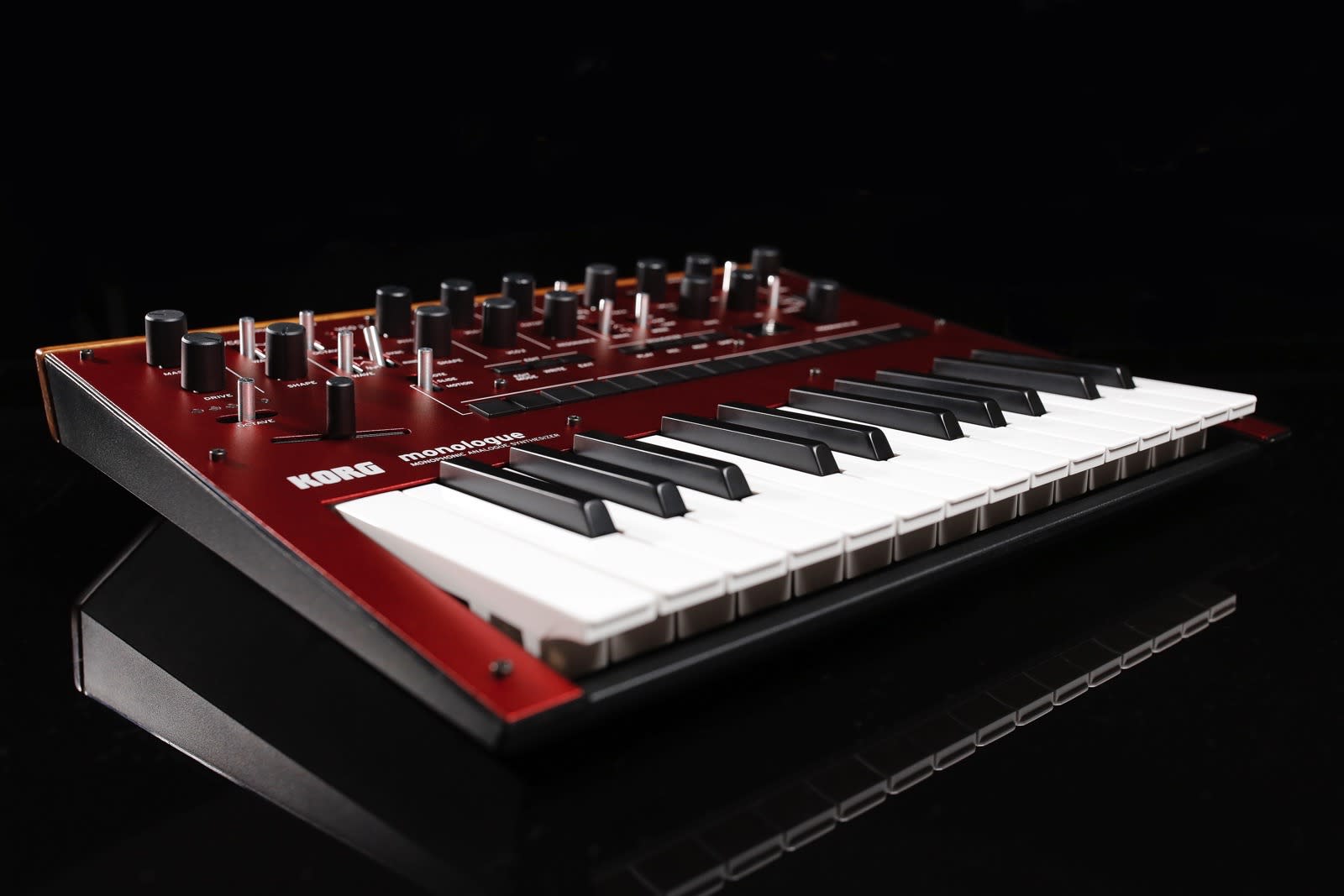 Korg tempted us with the analog polyphonic Minilogue synthesizer back in January and now the company has another budget-friendly instrument. Meet the Monologue: a monophonic analog synthesizer that has a similar design as its elder sibling but costs a mere $300. This new version houses the same synthesis design as the pricier Minilogue, only this time the extra features help create a monophonic sound "for all types of musicians." 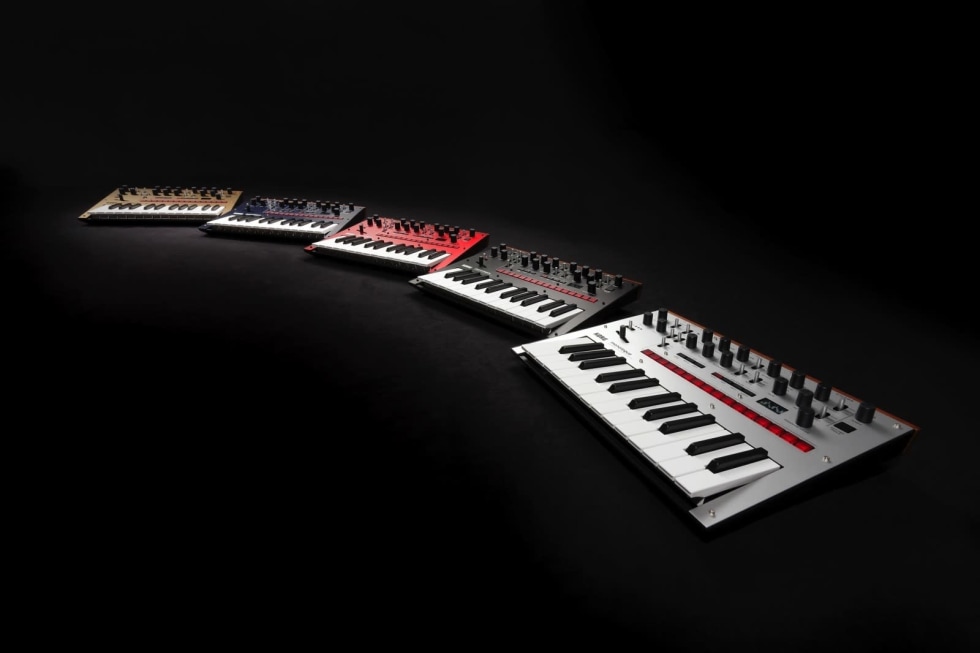 The Monologue has the same aluminum top and wood back panel as the Minilogue as well has a 25-key version of the $500 synth's keyboard. Rather than going from C to C octaves though, this new instrument is laid out from E to E so that guitarists, bassists and other musicians always have quick access to a low E note. That 16-step sequencer and OLED oscilloscope are back too, with each step getting a dedicated button for easy editing. When it comes to storing those tones, the Monologue houses 80 built-in presets and 20 user-editable spots.

Under the hood, Korg gave the Monologue a new 2-pole voltage-controlled filter alongside an all-analog Drive circuit. The company says the former component gives the instrument its bite while the latter offers more punch and warmth to the overall sound. An LFO can be set to "unprecedentedly ultra-high speeds" or assigned to a so-called one-shot mode where it basically works as an additional envelope. Oh yeah, the piece of gear can run on six AA batteries if you need to keep the loops going while you're away from a power source. You know, just like those mini keyboards from RadioShack us music nerds tinkered with as kids.

In terms of connectivity, there are audio and MIDI inputs/outputs with a USB port as well. Like the Minilogue, the Monologue also plays nice with other Korg instruments via a dedicated Sync connection. While the Monologue is up for pre-order starting today in five colors, you'll have to wait a while to actually get your hands on one. The instrument isn't scheduled to ship until early January, which is a real bummer if you were hopping to snag one for the aspiring musician in your life ahead of the holidays.

Update: Now that the Monologue product page is live on Korg's site, we have a bit more info about the synth. A key piece of info that was absent from the initial press release is that the company brought in Aphex Twin as an artist advisor to collaborate on the instrument's presets, sounds and scales. We've embedded some audio clips down below so you can hear them for yourself.

In this article: analog, audio, av, gear, instrument, korg, monologue, synth, synthesizer
All products recommended by Engadget are selected by our editorial team, independent of our parent company. Some of our stories include affiliate links. If you buy something through one of these links, we may earn an affiliate commission.