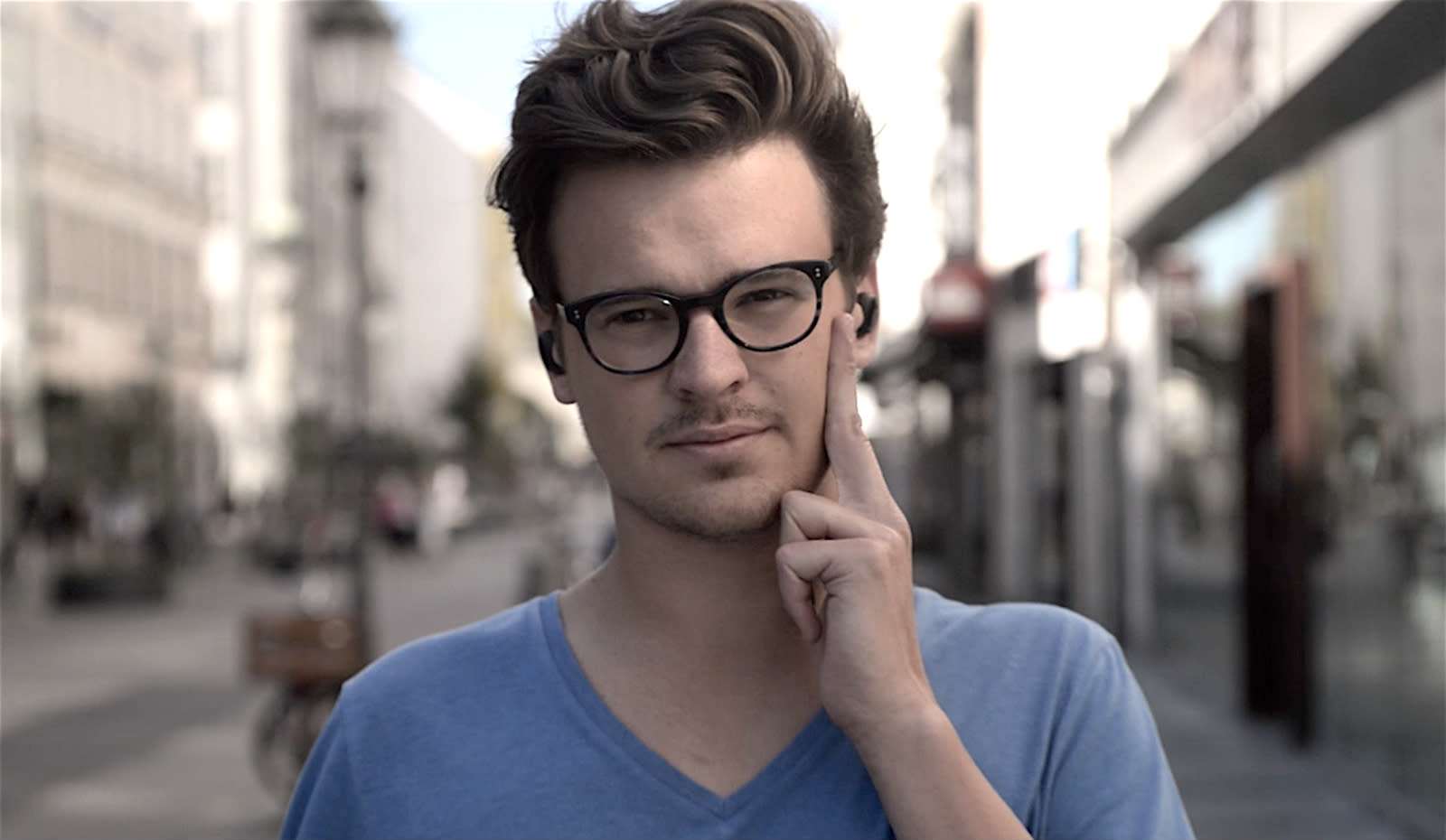 The Bragi Dash wireless headphones are already incredibly smart and sophisticated, but this month's software update 2.2 makes them practically magical. Bragi OS 2.2 enables the MyTap beta, which will at first allow users to tap a cheek to activate Siri or Google Now. The update also introduces Windshield, an audio transparency trick that allows wearers to listen to music and hear their surroundings at the same time, plus improved heart rate measurements and upgraded Bluetooth capabilities "for many" users. Bragi OS 2.2 is due to roll out on November 21st.

The MyTap beta marks the introduction of Bragi's Kinectic User Interface, which is designed to allow users to control the Dash without touching it. On November 21st, only Siri and Google Now functions will be live, but future updates will add the ability to nod to answer a phone call, shake your head "no" to decline a call and tap the side of your face to change a song.

The Dash is quite possibly the most ambitious line of wireless headphones on the market, but they come at a price, as we noted in our January review. The Dash is priced at $280, though in September Bragi announced a cheaper, pared-down line of wireless earbuds, the Headphone, that costs $150.

In this article: bragi, bragidash, dash, earbuds, earphones, gear, headphones, kinetic, mobile, personal computing, personalcomputing, wireless, WirelessEarphones, WirelessHeadphones
All products recommended by Engadget are selected by our editorial team, independent of our parent company. Some of our stories include affiliate links. If you buy something through one of these links, we may earn an affiliate commission.