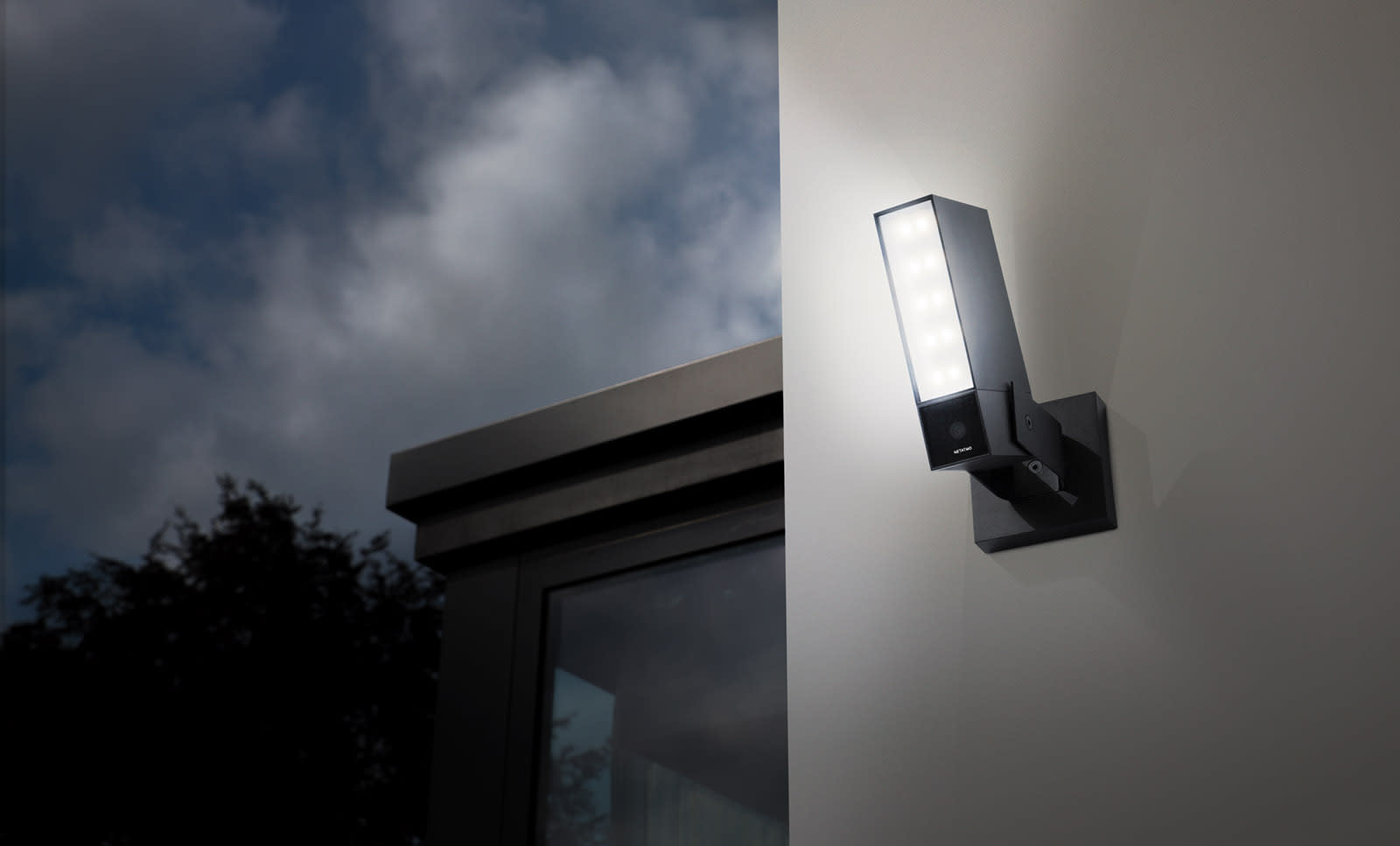 Netatmo's WiFi-connected Presence security camera is now on sale, making it one of the first on the market with built-in AI. That helps it distinguish between people cars, or animals, then send you a smartphone message like "car seen" or "person seen." You can program it to start recording or, say, turn off the sprinkler if it detects an animal, thanks to smart home and IFTTT integration. It also lets you watch activities discreetly using the camera's infrared night vision, or flip on the built-in floodlight manually.

We first saw the Presence at CES in January (see the video, below), when Netatmo promised to release it in Q2 2016. It obviously missed that deadline by a mile, but the Presence is still one of the first security cameras on the market using AI to distinguish specific objects, as far as I can see.

The company says the device can help you avoid monthly monitoring fees by doing work normally done by security personnel. "The camera instantly detects unusual situations and sends precise notifications to the users' smartphone," says CEO Fred Potter. "[It then] alerts them in real time if there's a break-in, an intruder, or property damage." Netatmo tells Engadget that Presence does all the image processing internally without the need for a cloud-based AI server.

You can program the system so it only notifies you in specific circumstances. For example, you can set up specific zones around your gate or garage door and only send alerts when something is detected there. It can also let you know if a package is delivered when you're not home. The camera stores videos locally on a micro SD card, but you can also save them to Dropbox or another cloud service. The app uses "bank-level" encryption to transmit data to your smartphone, Netatmo says.

The camera has 1080p resolution, a 100-degree field of view and a weatherproof design for outdoor use. Other features include a time-lapse feature that shows the previous 24 hours in just one minute, a DIY installation process that lets you replace an outdoor light, a live video display, and a timeline showing past events.The app works on a iOS or Android devices, and on a PC or Mac via the web, and is now available in the US at Home Depot, Apple or Amazon.com for $300.

Update: The article has been corrected to say that Netatmo's Presence does its AI processing internally with no need to contact the company's servers.

In this article: AI, ArtificialIntelligence, gear, Netatmo, security, SecurityCamera
All products recommended by Engadget are selected by our editorial team, independent of our parent company. Some of our stories include affiliate links. If you buy something through one of these links, we may earn an affiliate commission.