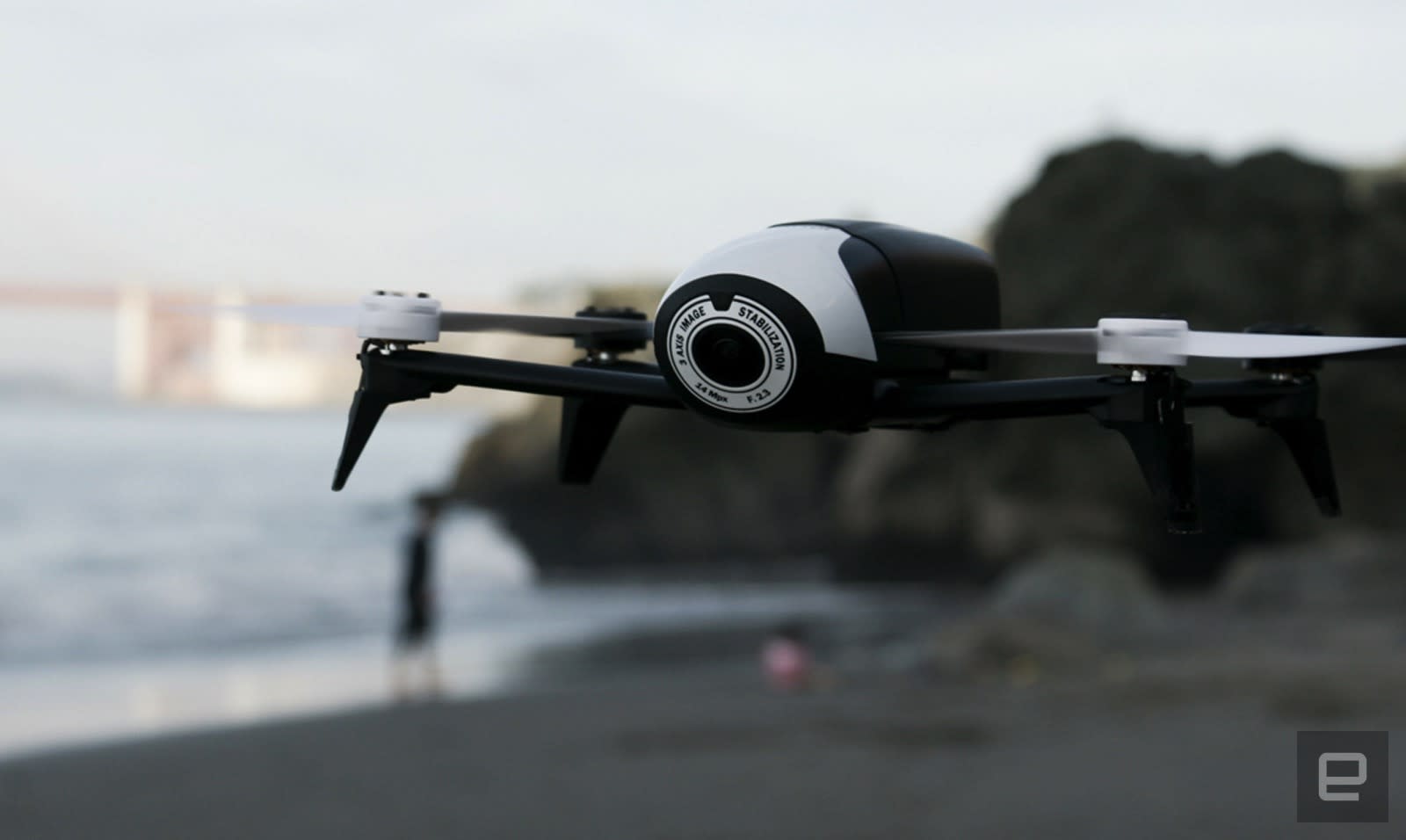 With a price tag of $550/£440, Parrot's Bebop 2 drone is aimed at budding pilots who want more than a toy, but can't justify spending four figures and up on a flying camera. The problem with getting something in between, though, is you can't expect all the features of more expensive drones. There are a couple of third-party mobile apps floating about that add auto-follow features to the Bebop 2, but today Parrot is updating its official FreeFlight Pro app with what it claims is the "most accurate and reliable" implementation around.

Parrot explains that its follow-me feature doesn't just rely on your smartphone's GPS and barometer readings, but employs fancy visual tracking algorithms too. Simply put, these can identify objects (like people or animals or vehicles) from the on-board camera feed and lock on to them, making sure they are always the focus of the shot. Activating the auto-follow mode, pilots can manually set the subject of the shot via the app, as well as the preferred altitude, camera angle and filming distance.

There are several more advanced settings, too. "Perfect side," for example, lets you choose the best camera angle for a clip (directly behind you, say), and the Bebop 2 will make sure it's always filming your back wherever you happen to move. Then there are the various "dronie" modes (sigh): Pre-set flight paths for making your videos extra flashy. With these, the Bebop can be instructed to circle you while it's filming, or drift up and down on the vertical axis, among other types of programmed shot.

Finally, there's a semi-autonomous framing assist feature. This lets the pilot set the subject but otherwise fly the drone manually. While the direction of the Bebop 2 can be controlled, it'll always orientate itself to keep the subject in front of the lens. And when you're done, you simply tell the drone to return to you or land nearby. Unfortunately, there is one catch. As is Parrot's way, you have to unlock the new follow-me feature via a $20/£15 in-app purchase in FreeFlight Pro. Secondary bummer: It's only live in the iOS app now, with Android support arriving next month.

In this article: autonomous, bebop2, cameras, followme, freeflightpro, gadgetry, gadgets, gear, mobile, parrot, parrotbebop2, quadcopter, quadrocopter, robots, TL17DRNFLW
All products recommended by Engadget are selected by our editorial team, independent of our parent company. Some of our stories include affiliate links. If you buy something through one of these links, we may earn an affiliate commission.