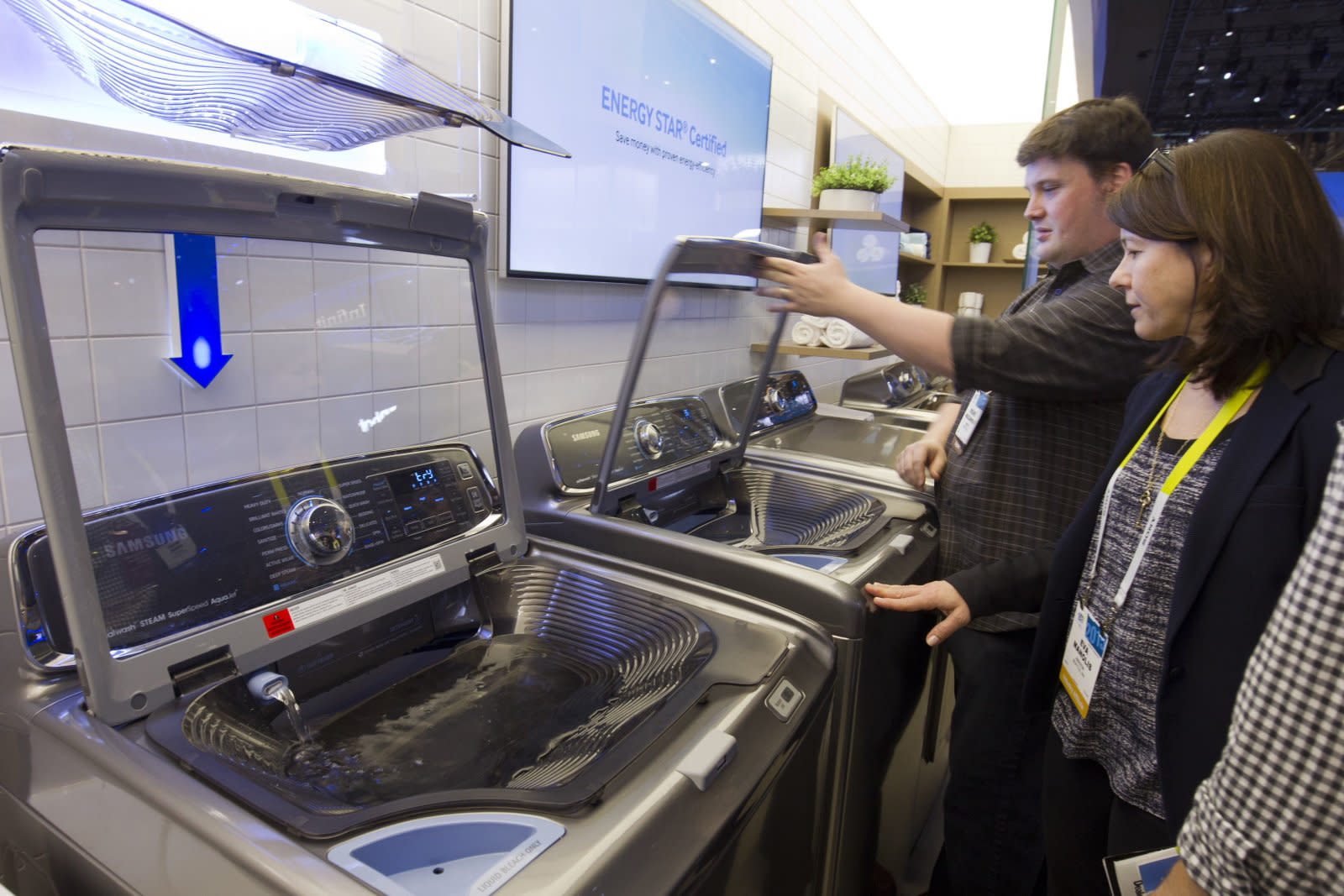 No company likes to issue a product recall, but Samsung is having to deal with its fair share as of late. After going some way to reduce the damage following the disastrous launch of the Galaxy Note 7, the company has today made the headlines again after issuing an urgent recall on 2.8 million top-loading washing machines.

In a statement, the company said that it is working with the U.S. Consumer Product Safety Commission (CPSC) to recall 34 models produced between March 2011 and October 2016. The CPSC had previously warned customers that it had received reports of top-loading washing machines exploding, but Samsung has been forced to step in after owners noticed that the drums in their washers caused appliances to "lose balance, triggering excessive vibrations, resulting in the top separating from the washer."

The US consumer watchdog says it has already collected 733 reports of Samsung machines experiencing excessive vibration or complete detachment, which resulted in nine injuries, including a broken jaw, injured shoulder and "other impact or fall-related injuries." Samsung said in September that it believed the issues were caused by "bedding, water-resistant or bulky items" being placed on a high-speed spin cycle and recommended that owners simply use slower settings instead.

To remedy the situation, Samsung is offering two options. The first is a free in-home repair that will reinforce the washing machine's top compartment. Owners will be given an additional one-year warranty if they choose that option, regardless of its age. The second is a rebate that will be applied to the purchase of a new Samsung or "other brand" washing machine. Anyone buying another Samsung unit will receive an extra $150 towards their purchase. If that sounds familiar, Galaxy Note 7 owners also get money off if they buy another Samsung phone.

Samsung has set up a new website to handle the recall, which lists the models affected and allows owners to check if their washer has been impacted.

In this article: galaxynote7, gear, home, recall, samsung, toploading, washer, washinemachine
All products recommended by Engadget are selected by our editorial team, independent of our parent company. Some of our stories include affiliate links. If you buy something through one of these links, we may earn an affiliate commission.