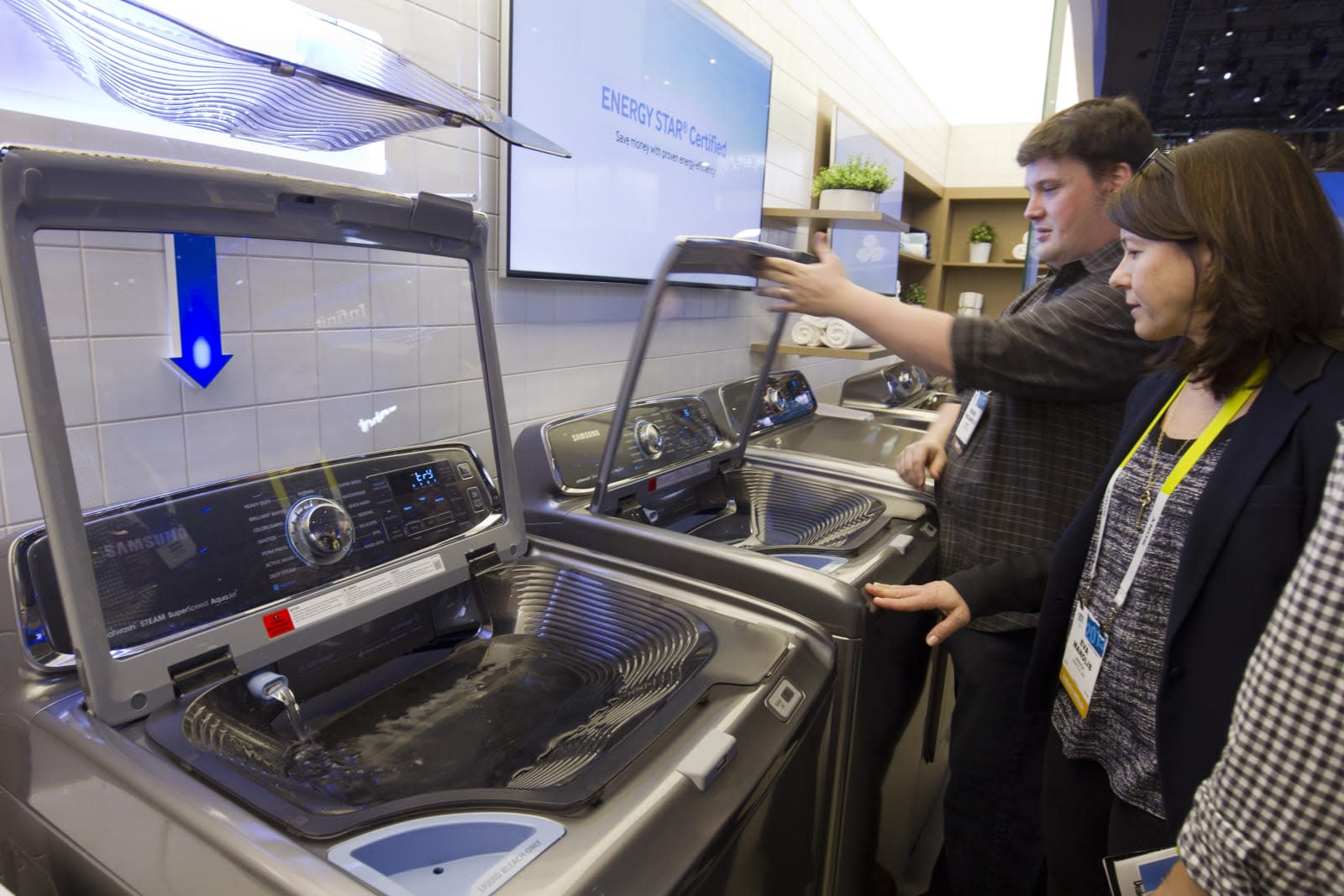 Just days after Samsung began replacing defective Galaxy Note 7s due to a risk of exploding batteries, the company faces another major product issue. The US Consumer Product Safety Commission (CPSC) issued a warning today after multiple reports of top-loading washing machines exploding. Owners of Samsung appliances in Georgia, Indiana and Texas say that they were doing a load of laundry when they heard a loud boom.

ABC News reports 21 people have submitted cases to the CPSC since early 2015 of washers exploding or blowing apart. One customer in Texas said the explosion had so much force it went through the wall of her garage. Samsung is also facing a class-action lawsuit in New Jersey over the issue.

Following the reports, the CPSC made the formal warning for top-loading Samsung units made between March 2011 and April 2016, but it didn't get specific with model numbers. In a statement on its website, the company says that it's working with US regulators "to address potential safety issues." Samsung says that "in rare cases," the washing machines "may experience abnormal vibrations" when customers are washing bulky items like bedding. Those vibrations might pose a safety risk or could cause property damage, the company explained.

"It is important to note that Samsung customers have completed hundreds of millions of loads without incident since 2011," the statement said.

For now, Samsung recommends that owners use the low-speed delicate cycle when washing "bedding, bulky or water-resistant materials." So far, there haven't been any issues reported while using that setting. Front-loading models aren't affected, but if you own one of Samsung top-loading appliances, you can check to see if you need to take precautions by entering the serial number here.

In this article: cpsc, explosion, gear, home, samsung, TL18ATTK, warning, washer, washingmachine
All products recommended by Engadget are selected by our editorial team, independent of our parent company. Some of our stories include affiliate links. If you buy something through one of these links, we may earn an affiliate commission.