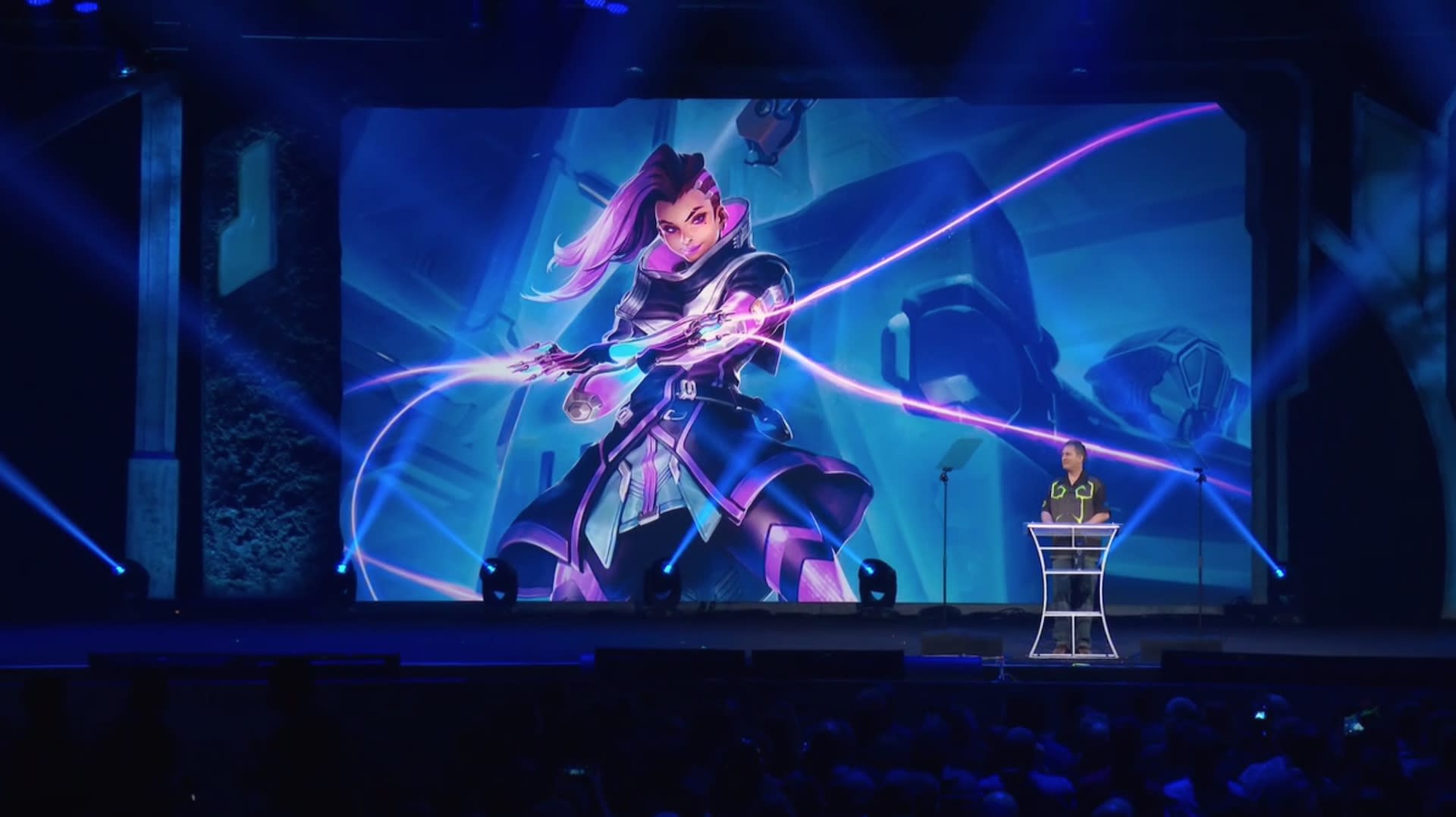 If you didn't see Sombra coming, maybe you haven't been paying much attention to Overwatch lately. Onstage during the Blizzcon keynote, Blizzard president and CEO Mike Morhaime described her as a stealthy offensive infiltrator who can hack an enemy's abilities. Blizzard has dropped a few other details as well. She has an EMP attack that can shut down numerous enemies at once, for instance. Additionally, she can camouflage herself, making her harder to see. If you're lucky enough to be at Blizzcon this weekend she'll be playable on the show floor. Everyone else? You're going to have to wait.

In this article: activision, av, BlizzardEntertainment, blizzcon, blizzcon2016, gaming, internet, overwatch, pc, pcgaming, playstation, playstation4, ps4, sombra, xbox, xboxone
All products recommended by Engadget are selected by our editorial team, independent of our parent company. Some of our stories include affiliate links. If you buy something through one of these links, we may earn an affiliate commission.