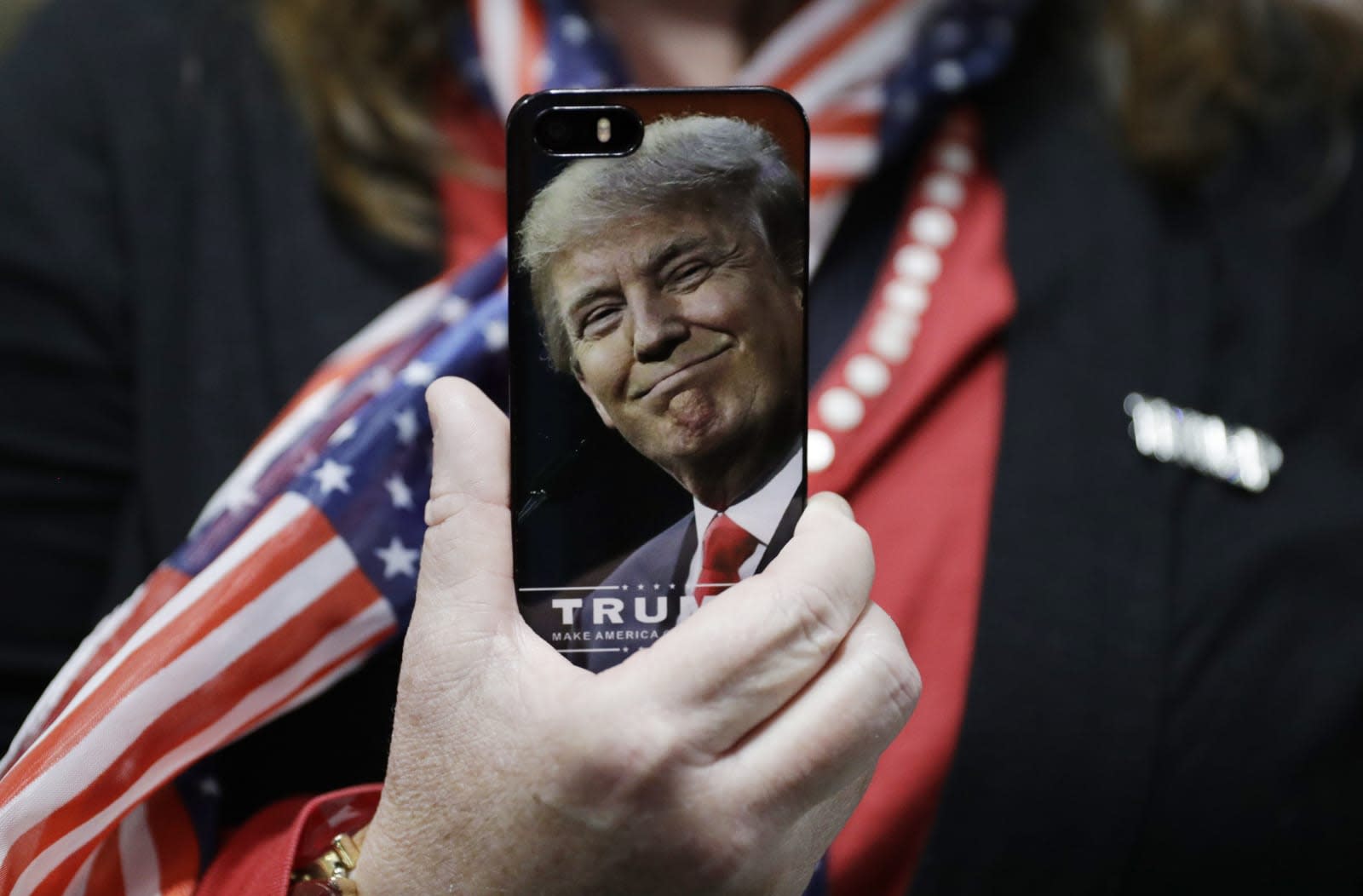 Have you noticed that many more of Donald Trump's recent tweets are obviously from his staff, rather than from the presidential candidate himself? It's not because he's busy on the campaign trail. According to the New York Times, Trump's team "wrested away" control of his Twitter account. While there's no official reason given, it's said to be out of concern that Trump's off-the-cuff online remarks are doing his campaign more harm than good -- a late-night insult or inaccurate statement would come back to haunt him in the next debate or Clinton ad.

The trick, according to the newspaper, was convincing Trump that losing control would actually make him stronger. His campaign chief, Steve Bannon, claimed that Clinton was trying to "get inside [Trump's] head" and prod him into saying things on Twitter that he'd regret later. Now, Trump suggests tweets and lets staff edit them before they reach the internet.

This hasn't completely stopped Trump from tweeting himself (there are a handful of recent examples as of this writing), and not everyone will be happy with the move. It's easier to connect with candidates if you know it's really them, rather than press managers serving as conduits. However, Trump himself is happy with the change as it has led to the media reporting more on his campaign message than his outbursts. The big question is whether or not the shift in policy is coming in time. After all, Trump had unfettered Twitter access for nearly his entire election run. If those tweets did any tangible damage to Trump's chances of winning, there's no guarantee that he'll repair his image in the last few days before the vote.

In this article: culture, donaldtrump, election, election2016, internet, politics, socialnetwork, socialnetworking, TL17TWTRMP, trump, twitter
All products recommended by Engadget are selected by our editorial team, independent of our parent company. Some of our stories include affiliate links. If you buy something through one of these links, we may earn an affiliate commission.