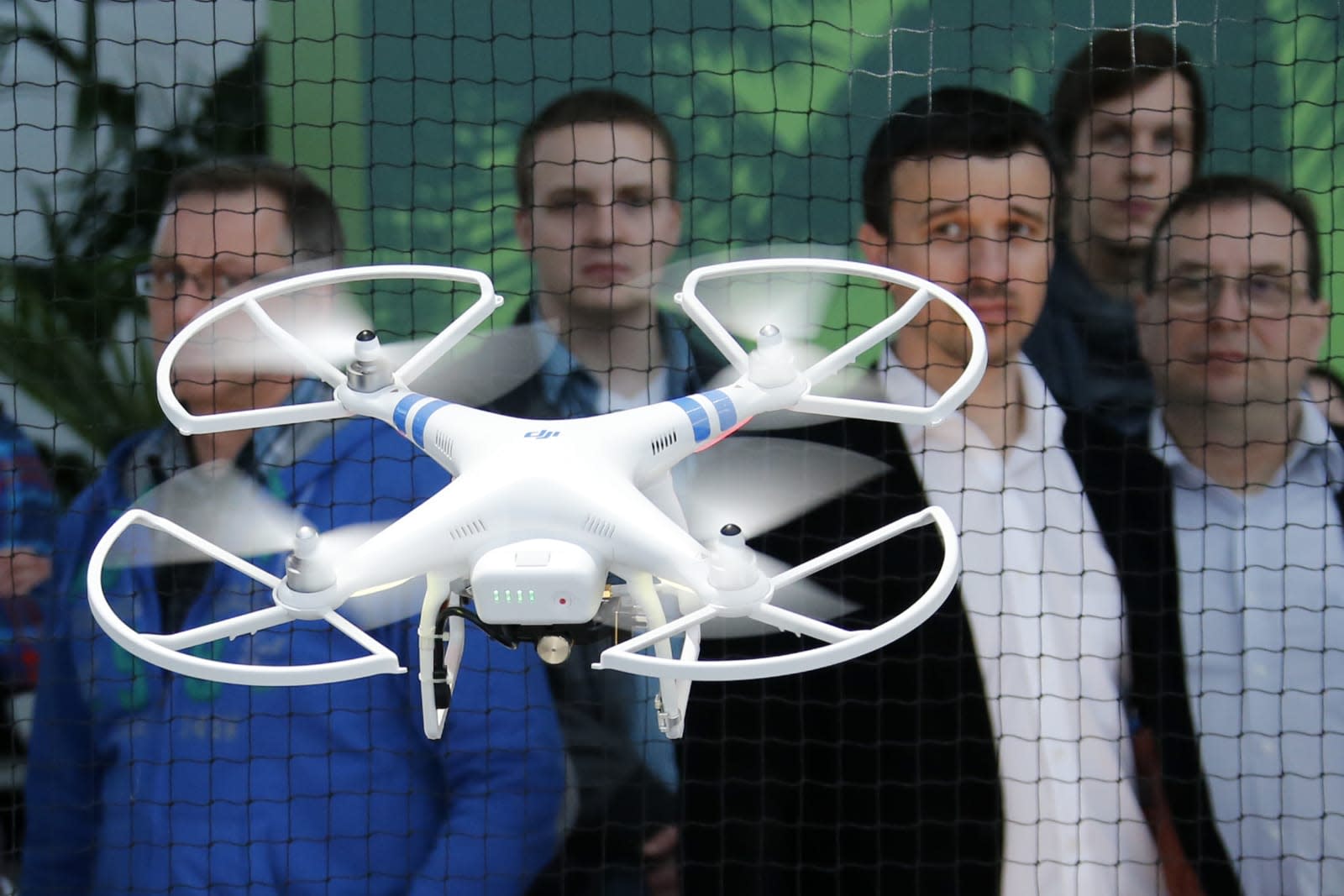 Anti-drone defense systems are about to become big business. T-Mobile parent company Deutsche Telekom has confirmed to Welt am Sonntag that it's developing an anti-drone defense system that should launch this year. It's not discussing details, but it would be offered as a security feature for airports, stadiums and other venues where robotic flyers are unwelcome or outright dangerous. Reportedly, car manufacturers are particularly eager for Deutsche Telekom's help -- they're annoyed by journalists (and no doubt competitors) using drones to snap photos of pre-production cars.

Welt sources understand that the system (which was tested in July) involves technology from multiple companies, including US-based Dedrone. Its system can spot drones from over half a mile away using a mix of audio sensors (including ultrasound), frequency scanners and cameras. The tricky part is fending off those drones that enter forbidden airspace. You don't have the legal authority to take down trespassing drones in Germany, so clients may have to resort to more peaceful methods like signal jamming, which forces aircraft to return home. Don't expect to see firearms, nets or birds of prey plucking drones from the sky.

If the Deutsche Telekom effort takes off, it might spur wider adoption of anti-drone systems both in Germany and abroad. A ready-made, big-name defense option could be just what companies and governments want when they're not sure how to protect themselves against aerial invaders. It could also spur competition from security firms that see anti-drone tech as a fresh source of revenue.

In this article: anti-drone, antidrone, deutschetelekom, drone, gear, robots, safety, security, t-mobile
All products recommended by Engadget are selected by our editorial team, independent of our parent company. Some of our stories include affiliate links. If you buy something through one of these links, we may earn an affiliate commission.