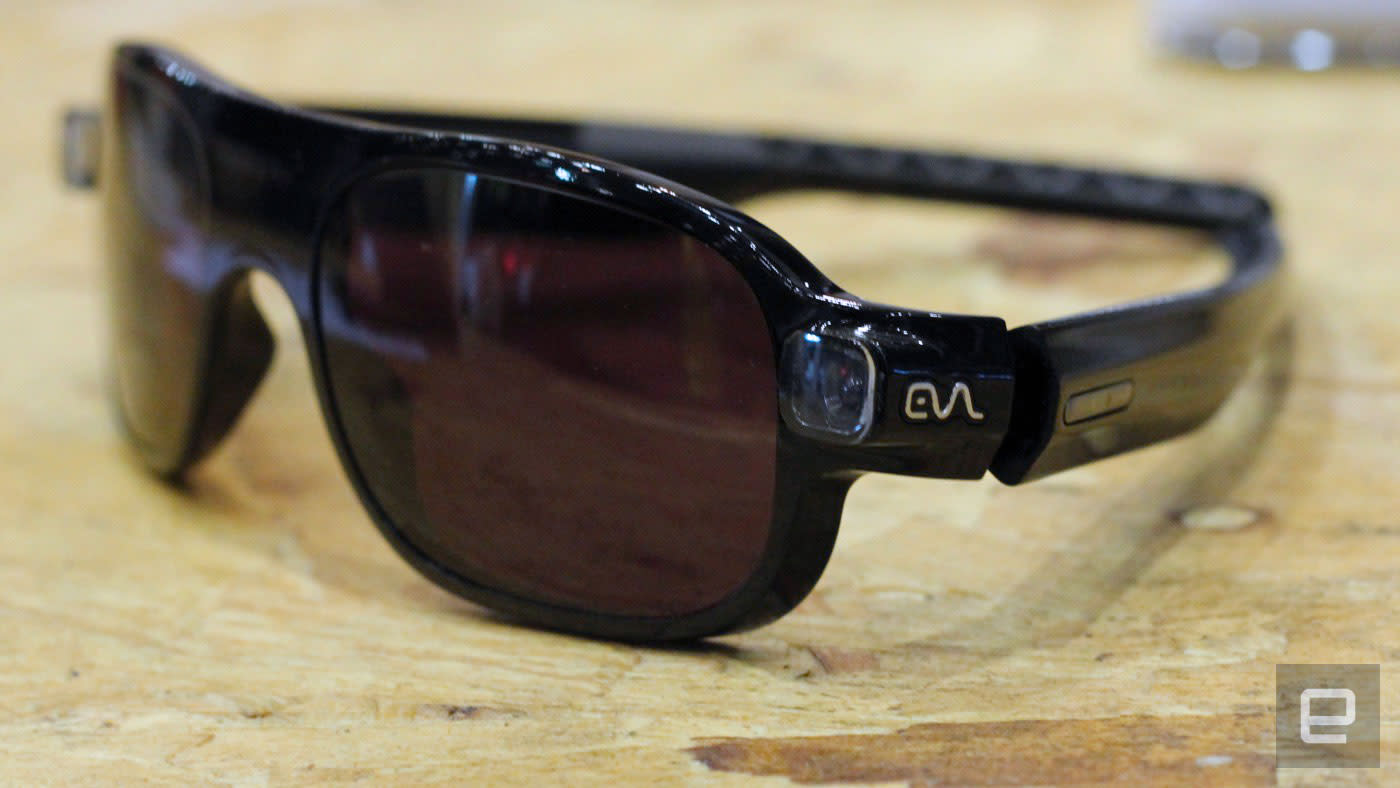 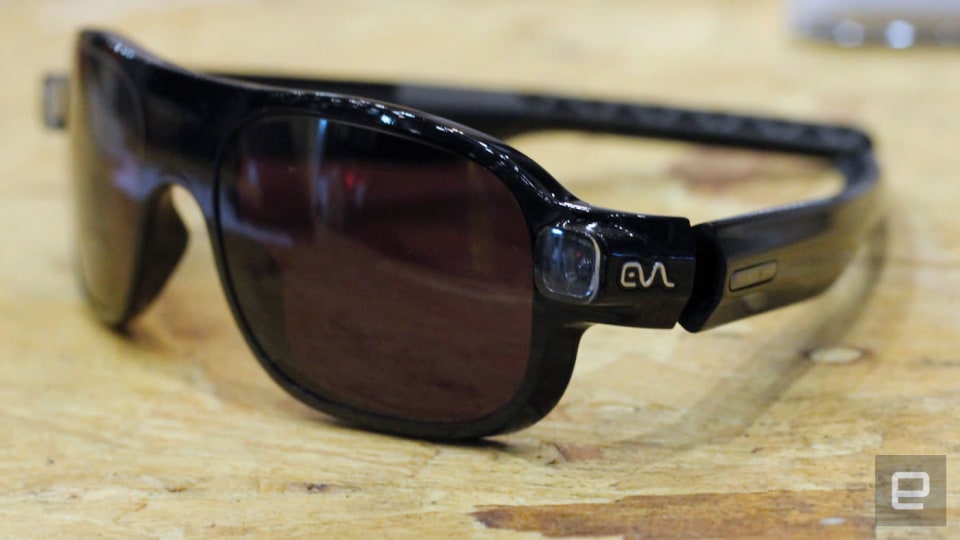 There have been many attempts to help blind people see, but none of them — so far — have managed to make it to mainstream users. It's a trend that Budapest-based startup EVA is hoping to buck with its eponymous product, EVA (Extended Visual Assistant). Essentially, it's a pair of sunglasses with cameras embedded up front that, with the help of a smartphone, converts the written word into audio. That sound is then broadcast to the wearer with bone-conduction "headphones" that are built into the glasses' arms.

The startup is lead by Krisztián Imre, who was showing off a dummy prototype here at Web Summit in Lisbon. He's here to help drive investment to help get his concept for a more accessible future off the ground. The idea is that people with visual impairments can walk around and, as signage comes into view, it's read out so they know where to go. In addition, they can hold up a food package (or anything else) to eye level and say "recognize this" to be told what's in their hands. That sounds vaguely similar to a Microsoft project that used bone conduction to help the visually impaired navigate cities.

Unfortunately, it's not even a prototype at this stage, so it's hard to tell how successful Imre's idea is going to be out in the real world. There are several questions that he couldn't answer at this point -- and that means it's hard feel confident about its prospects. For instance, it's not clear how the glasses will recognize specific signage without reading out everything a person walks past in a day. While Word Lens-style processing is feasible in a smartphone, it's not the most reliable of products, and probably not an viable solution.

Imre's business model, too, seems to be idealistic to the point of misguided, selling the device for as little as possible to end users. Rather than making money on hardware, he hopes to charge businesses a fee to install iBeacons to make their venues more accessible. Although non-profits like Wayfindr are already installing trial devices in public spaces which can be used with just a smartphone. Not to mention that smaller companies may not want the extra expense to cater to the visually impaired.

Krisztián Imre is passionate about his project, however, and feels that it's time that blind people were given a better way to get around than GPS. It's early days, and a working prototype with a battery life of eight hours is expected to be developed by the end of 2017. We'll check in with them back then and see how far, or not, he's come to realizing his vision.

In this article: EVA, ExtendedVisualAssistant, gear, KrisztiánImre, wearables, WebSummit, WebSummit2016
All products recommended by Engadget are selected by our editorial team, independent of our parent company. Some of our stories include affiliate links. If you buy something through one of these links, we may earn an affiliate commission.