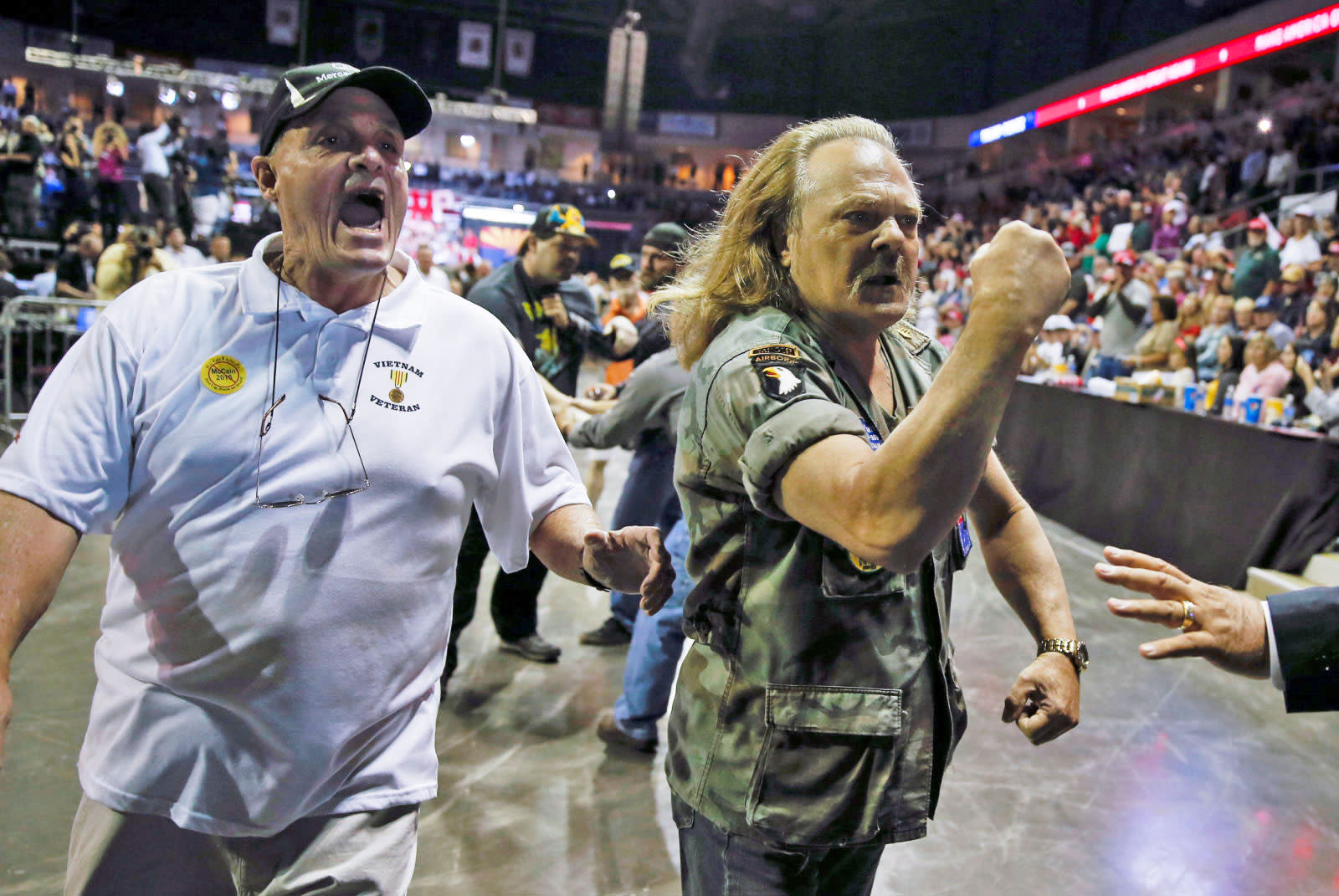 Last night, Twitter took the bold move of banning a number of white nationalist "alt-right" users on the same day it said it would finally start cracking down on hate speech. But where oh where will the trolls go? Once possible option is Gab, a relatively new social media site cut from similar cloth as Ello -- but even before yesterday's bans, it was already taking on a reputation as a haven for the alt-right. Now, it seems that those feeling alienated on Twitter may be flocking to Gab in a big way.

Judd Legum, editor-in-chief at ThinkProgress, tweeted earlier today that he was number 130,699 in Gab's waiting list -- that's up significantly from the 42,000 or so Wired reported in September. Of course, not all of those users are white nationalists, but a quick Twitter search shows plenty of people associated with the alt-right telling others to go sign up for Gab.

The site makes no bones about being a "free speech zone" -- the homepage has an image of the first amendment. (Of course, it's worth noting that the first amendment has literally nothing to do with Twitter deciding how it wants to run its business. The site is under no obligation to let users espouse hateful views, but let's not let logic get in the way here.)

Get on #Gab. No #SJWs, no censorship and you can #SpeakFreely without getting shadowbanned and censored.#Twexit #TwitterPurge pic.twitter.com/1u1d2sSqSD

It's not terribly surprising that Gab has attracted attention from the alt-right -- its founder Andrew Torba is an avid Trump supporter, although he recently told Buzzfeed that he identifies more as a Christian and conservative Republican. "I do not identify as alt-right," he said. "I don't know why people label me."

It's also worth noting that Torba was just kicked out of startup incubator Y Combinator for violating its harassment policy. Torba says he was banned for tweeting "build the wall" and that he was generally attacked at his time there for his views, but Y Combinator partner Kat Malanac said Torba was removed for "speaking in a threatening, harassing way toward other YC founders."

Regardless of the Y Combinator conflict, the Twitter chatter surrounding Gab certainly shows the site is finding an audience. Whether or not anyone will want to actually interact with that audience remains to be seen. But if the alt-right flocks to Gab and builds itself a little bubble, it'll just turn into another place where misinformation spreads like wildfire. Particularly because the site already says it is completely "censorship free" -- which means the people running Gab will have even less incentive to fight fake news than a site like Facebook.

In this article: culture, internet, politics
All products recommended by Engadget are selected by our editorial team, independent of our parent company. Some of our stories include affiliate links. If you buy something through one of these links, we may earn an affiliate commission.
Share
Tweet
Share