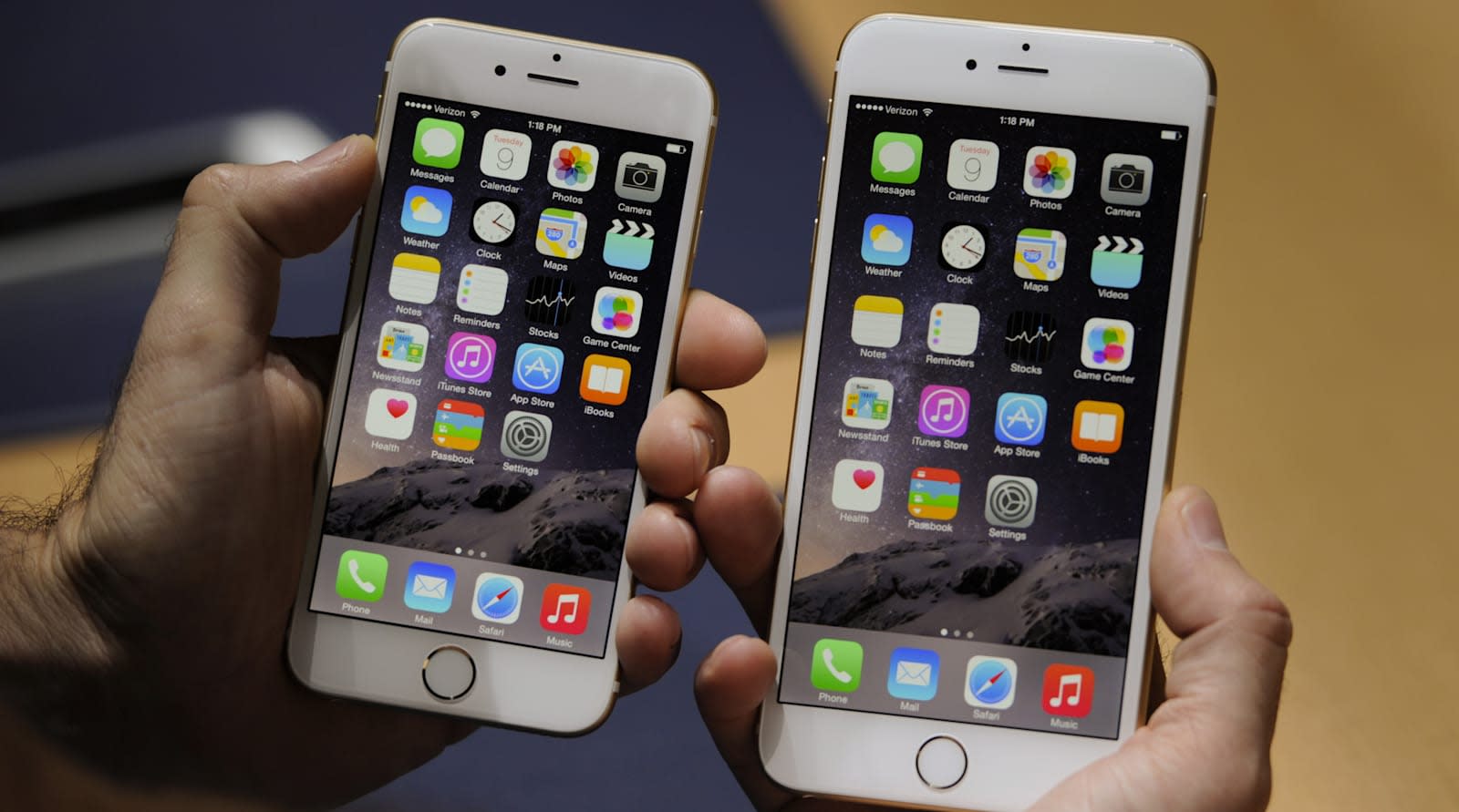 A number of iPhone 6 owners and independent repair techs have been complaining for months about something called "touch disease" killing their phones, and now Apple is responding. The problem's symptoms have been described as a flickering gray bar across the top of the screen and problems with the touchscreen responsiveness, which continue to get worse until it's addressed or the phone is unusable. Repair techs like Jessa Jones have reported seeing multiple devices per day afflicted by the same problem, with no end in sight.

Going by Apple's description of its "Multi-Touch Repair Program for iPhone 6 Plus," the problem is really the owner's fault, caused by "being dropped multiple times on a hard surface and then incurring further stress on the device." Still, if you have the problem and your screen isn't cracked, Apple says it will fix the issue for $149 (or £146.44 in the UK), and its repair program is available for five years after the original sale date.

That's less than the usual out of warranty repair price of $329, but it's not free, and it does nothing for people who opted to replace their phone instead of fixing it. Some owners have reportedly filed lawsuits against Apple concerning the issue, and it remains to be seen how this will affect their progress. If you've already paid to have an iPhone 6 Plus repaired due to the problem, Apple says it will reimburse the difference between that cost and $149, if you used its service or an authorized technician.

While some have reported similar problems with the smaller iPhone 6, there's no indication of a program for owners of that device. In a blog post on iFixit, Jones noted the larger size of the 6 Plus made it more susceptible to the problem, despite reinforcements implemented to resolve the phone's tendency to bend. The actual problem seems to come from the touch controller chip separating from the phone's logic board, which is why twisting the device can sometimes fix it for a short time.

Update: iFixit raised the issue months ago, and tonight issued a statement saying that Apple's program does not go far enough. According to its CEO Kyle Wiens, Apple's response confirms "the problem is failed solder joints beneath the touch IC components." But that falls short, he says, because the problem has also been seen on phones that owners claim have never been dropped. In addition, Wiens says an Apple Genius confirmed the company is not repairing the devices at all but simply swapping them out for refurbished phones.

You can read excerpts from his statement below; we've contacted Apple for comment and will update this post if there is a response.

Apple responds to touch disease: too little, too late. https://t.co/GJsQNcLi3b

"Apple's statement confirms what the independent repair industry has been saying for a long time: the problem is failed solder joints beneath the touch IC components. Apple is correct that dropping the device onto a hard surface could cause this issue. But that's not the only cause: we have seen this problem on phones that have never been dropped. The underlying problem is insufficient structural support around the logic board."

"Apple is calling this the "Multi-Touch Repair Program", but they're not actually repairing customer's phones. An Apple Genius confirmed to us that they are swapping customer phones with a refurbished device. The repair service does not transfer your data over to the new device — customers are left on their own to figure out how to backup their important information.

Apple has had chronic issues with Touch Disease on refurbished devices in the past, and this the limited 90-day warranty on this 'repair' does not instill confidence that the repaired units will stay fixed.

We appreciate the effort they're making, but this program doesn't go nearly far enough. Apple is still charging a lot of money for the device swap. And they're only replacing iPhone 6 Pluses, even though many iPhone 6 owners have also been affected.

Apple should come clean, admit the manufacturing deficiency, and extend their warranty on this issue to 24 months (the same warranty that iPhones have in Europe) for both the iPhone 6 and the iPhone 6 Plus. Lawsuits on the matter are still pending."

In this article: Apple, gear, iPhone6, iPhone6Plus, mobile, multitouch, repairprogram, touchdisease, video, warranty
All products recommended by Engadget are selected by our editorial team, independent of our parent company. Some of our stories include affiliate links. If you buy something through one of these links, we may earn an affiliate commission.