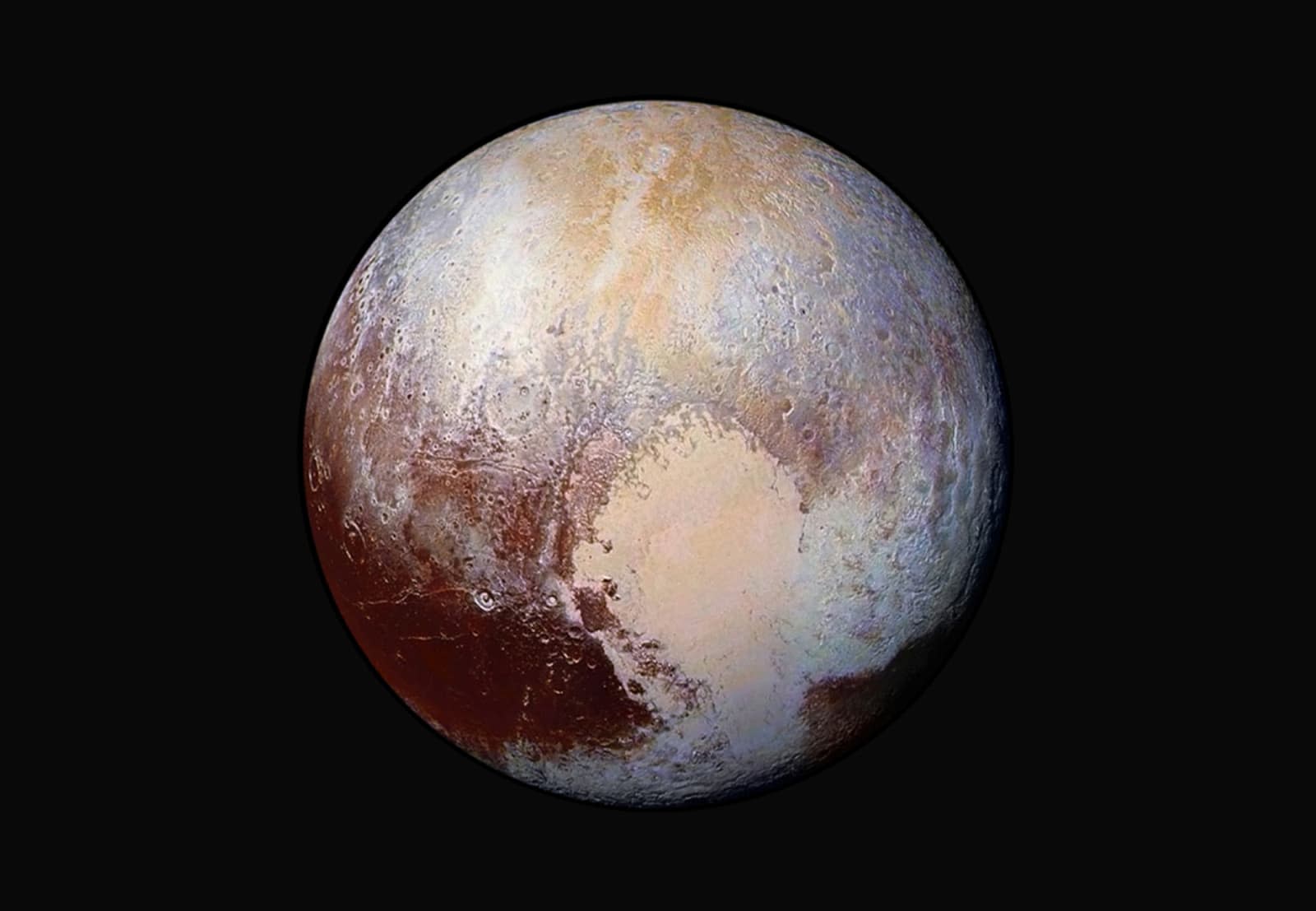 Pluto may have lost its official planet status, but the frozen world at the edge of our solar system still deserves a closer look. That's the end goal of two new studies of Pluto published in the journal Nature this month, both of which focus on Sputnik Planitia -- a 1,000-kilometer long basin covered in frozen nitrogen. As Wired notes, both papers agree that Sputnik Planitia's mass is likely responsible for throwing Pluto off its axis and creating Charon's tidal alignment, but they differ in their explanations of how a dent in the planet's surface could actually be so massive.

The first study, from lead author and University of Arizona planetary science PhD candidate James Keane, argues that "volatile ices" on the planet's surface flowed downhill into the basin. Because temperatures on Pluto are colder at lower altitudes, Sputnik Planitia became an icebox, locking in the heavy ices until there was enough mass to throw off the dwarf planet's inertia.

The second study, from lead author Francis Nimmo of the University of California, Santa Cruz, actually goes one step further and offers more evidence that Pluto has a deep, subsurface ocean made of liquid water. Nimmo's theory says that whatever is hanging below the icy surface of Sputnik Planitia must be even more dense than frozen water or nitrogen -- and an ocean of liquid water would explain that perfectly. Nimmo believes the pressure created by the heavy ice crust is enough to create temperatures where liquid water is possible below the surface. Adding more credence to Nimmo's theory, data from New Horizons showed that Pluto's mass is pretty uniform, which Nimmo explained to Wired would make sense if there's a liquid ocean beneath the surface.

In this article: charon, FrancisNimmo, JamesKeane, liquidocean, newhorizons, planetaryscience, planets, pluto, science, space
All products recommended by Engadget are selected by our editorial team, independent of our parent company. Some of our stories include affiliate links. If you buy something through one of these links, we may earn an affiliate commission.