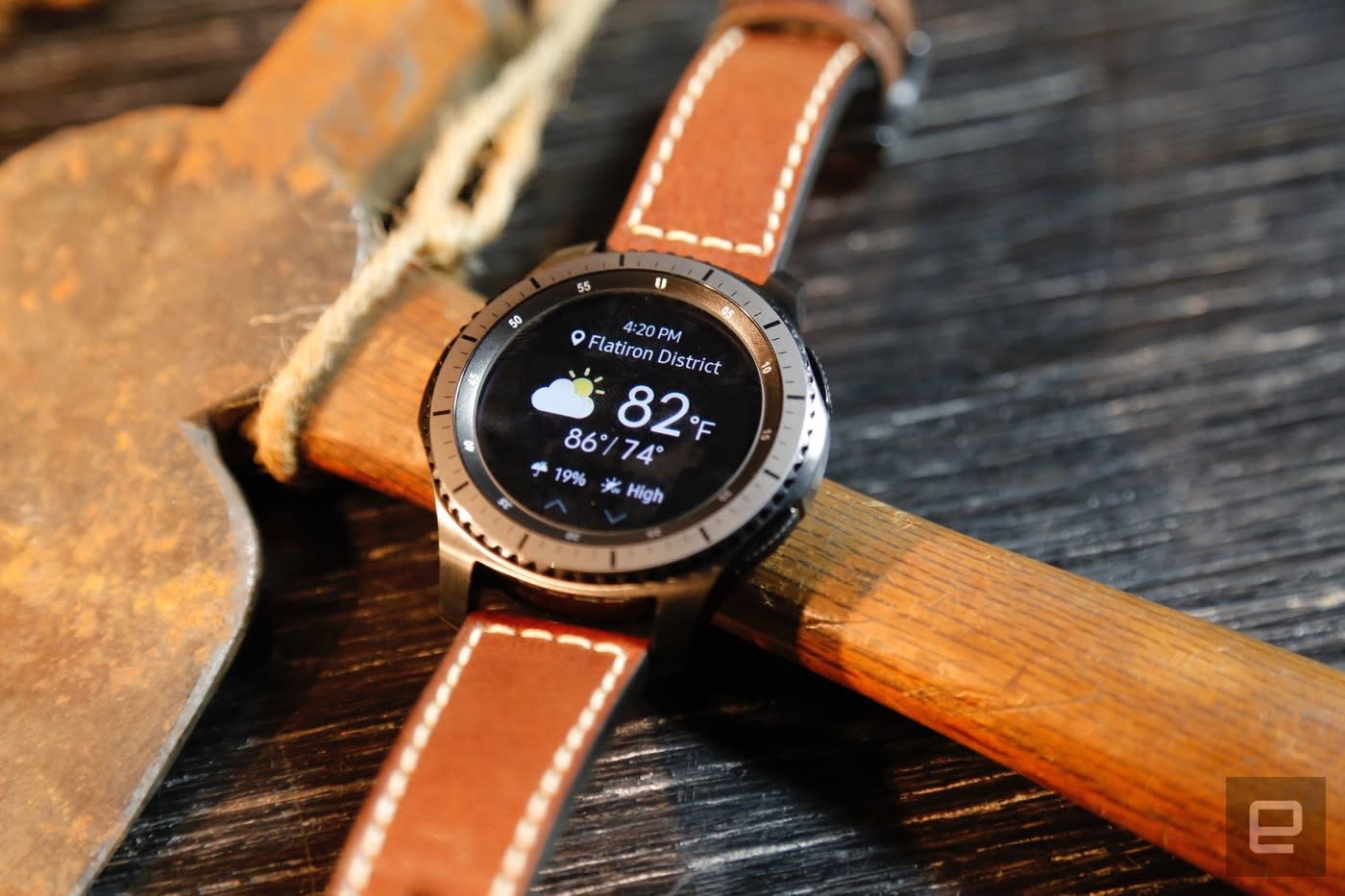 Samsung's constantly trying its hand at exclusive apps and services it hopes will add value to its products, even though this strategy has been responsible for more than a few flops. Samsung Pay is one of these exclusive services, but the company has decided to change tack slightly with its newly launched Gear S3 smartwatches. Samsung confirmed on Twitter that its new wearables support mobile payments regardless of the brand of Android smartphone they're paired with. Good news for anyone that's steering clear of the company's handsets following the Note 7 debacle, then.

Previously, a Samsung smartphone has been a strict requirement, even if you've been settling up using the device on your wrist. With the Gear S3 duo, though, all you need is a handset running Android 4.4 KitKat or above for Samsung Pay to work. To be clear, Samsung isn't releasing its mobile payment app far and wide, squaring up to Android Pay in the process. Instead, you manage your Samsung Pay account within the Samsung Gear app.

Opening the door to other Android handsets makes a lot of a sense, as it means potential customers without a Samsung smartphone won't be put off by missing out on one of the wearables' key features. And the news couldn't come at a better time. The Gear S3 Classic and Frontier have been available in South Korea for a week, but today they've launched in several other countries across the world, including in the US and UK.

Whether it's the sleeker S3 Classic or the busier, more rugged S3 Frontier you're after, both Tizen-powered wearables start at $350/£349. Various mobile carriers are also on hand to sell you the device, and you might want to check those deals out first if you plan to make use of the Frontier version's built-in LTE radio.

In this article: gear, gears3, gears3classic, gears3frontier, mobile, samsunggears3, samsungpay, smartwatch, tizen, wearables
All products recommended by Engadget are selected by our editorial team, independent of our parent company. Some of our stories include affiliate links. If you buy something through one of these links, we may earn an affiliate commission.