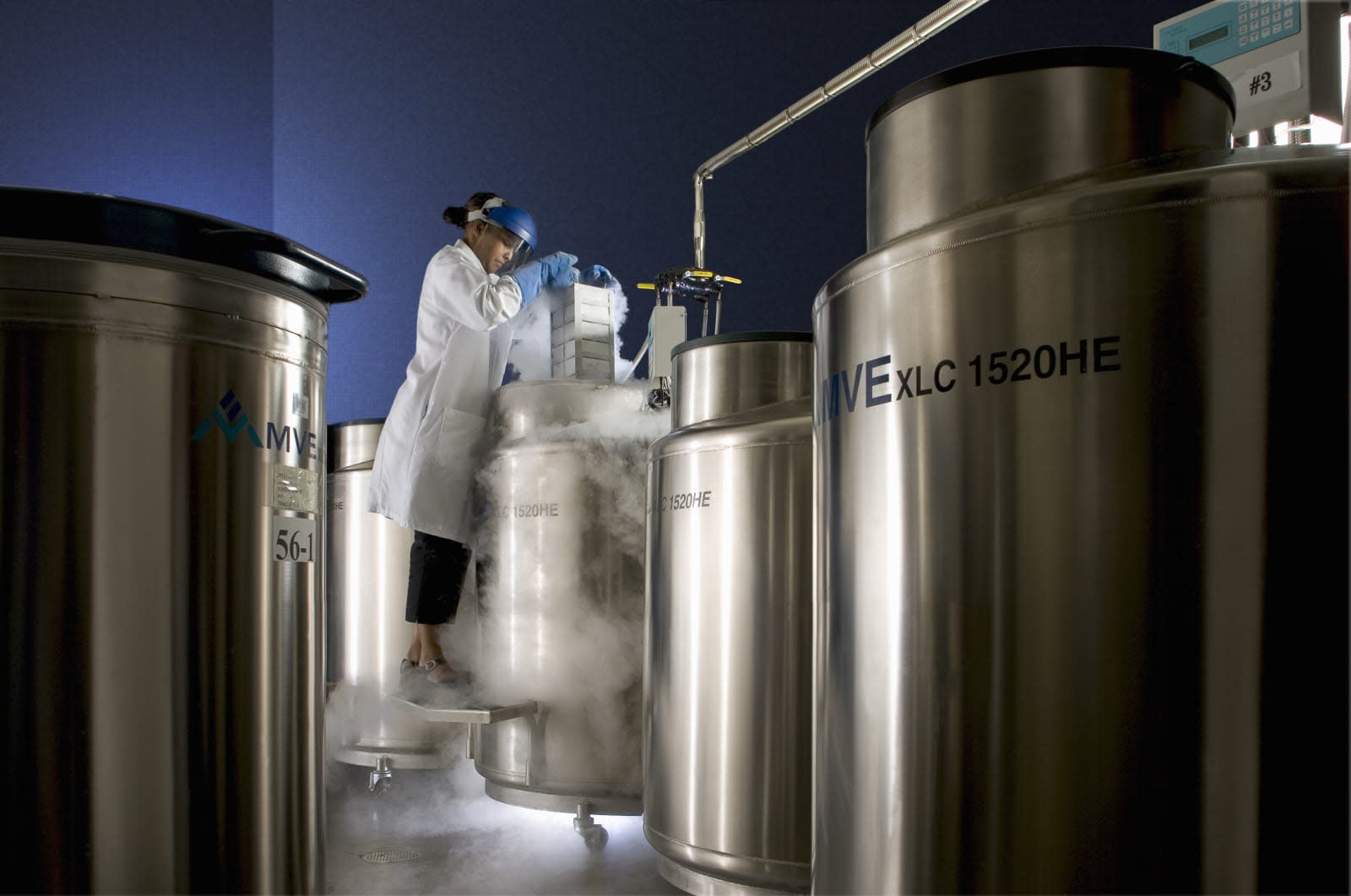 In what's thought to be the first case of its kind, a UK judge granted a dying girl's last wish to be cryogenically frozen. The 14-year-old was diagnosed with a rare form of cancer last year, but as of this August was switched from active treatment to palliative care. She began researching cryonics and decided to be frozen following her death, but had to take the legal route to ensure her wishes were respected when her estranged father disagreed with what should happen to her body. After several hearings, a High Court judge granted her mother sole responsibility for making arrangements, and the girl now rests in the Cyronics Institute in the US.

While the girl was too sick to attend the hearings, she did pen a heart-wrenching note to the judge explaining her decision.

"I have been asked to explain why I want this unusual thing done. I'm only 14 years old and I don't want to die, but I know I am going to. I think being cryo‐preserved gives me a chance to be cured and woken up, even in hundreds of years' time. I don't want to be buried underground. I want to live and live longer and I think that in the future they might find a cure for my cancer and wake me up. I want to have this chance. This is my wish."

The girl's father, who is also battling cancer, was concerned he may be liable for costs, and was also worried that should she ever be brought back to life, she would be a young girl in a foreign land with no surviving family. The judge issued the order in early October, just ten or so days before the girl died. It is only being reported now as the judge prohibited any publications for a one-month period following her passing. Shortly after her death, non-profit Cryonics UK prepared her body for transport to the Cyronics Institute's facility in Michigan. The teen's maternal grandparents raised $46,000 (around £37,000) to pay for the costs of cryogenic preservation.

In the decision, the judge made clear he focused on the legal merit of girl's wish, and did not comment on the science of cryopreservation. It's a controversial practice at the fringe of medicine, whereby bodies are supercooled and stored in the hope that technology and medicine will eventually crack incurable diseases and maybe even the aging process. Revival also poses a serious problem, as extreme subzero temperatures cause damage to cells that is currently irreparable.

In this article: cryogenicallyfrozen, cryogenics, cryonics, cryonicsinstitute, cryonicsuk, cryopreservation, culture, highcourt, legal, medicine, science
All products recommended by Engadget are selected by our editorial team, independent of our parent company. Some of our stories include affiliate links. If you buy something through one of these links, we may earn an affiliate commission.