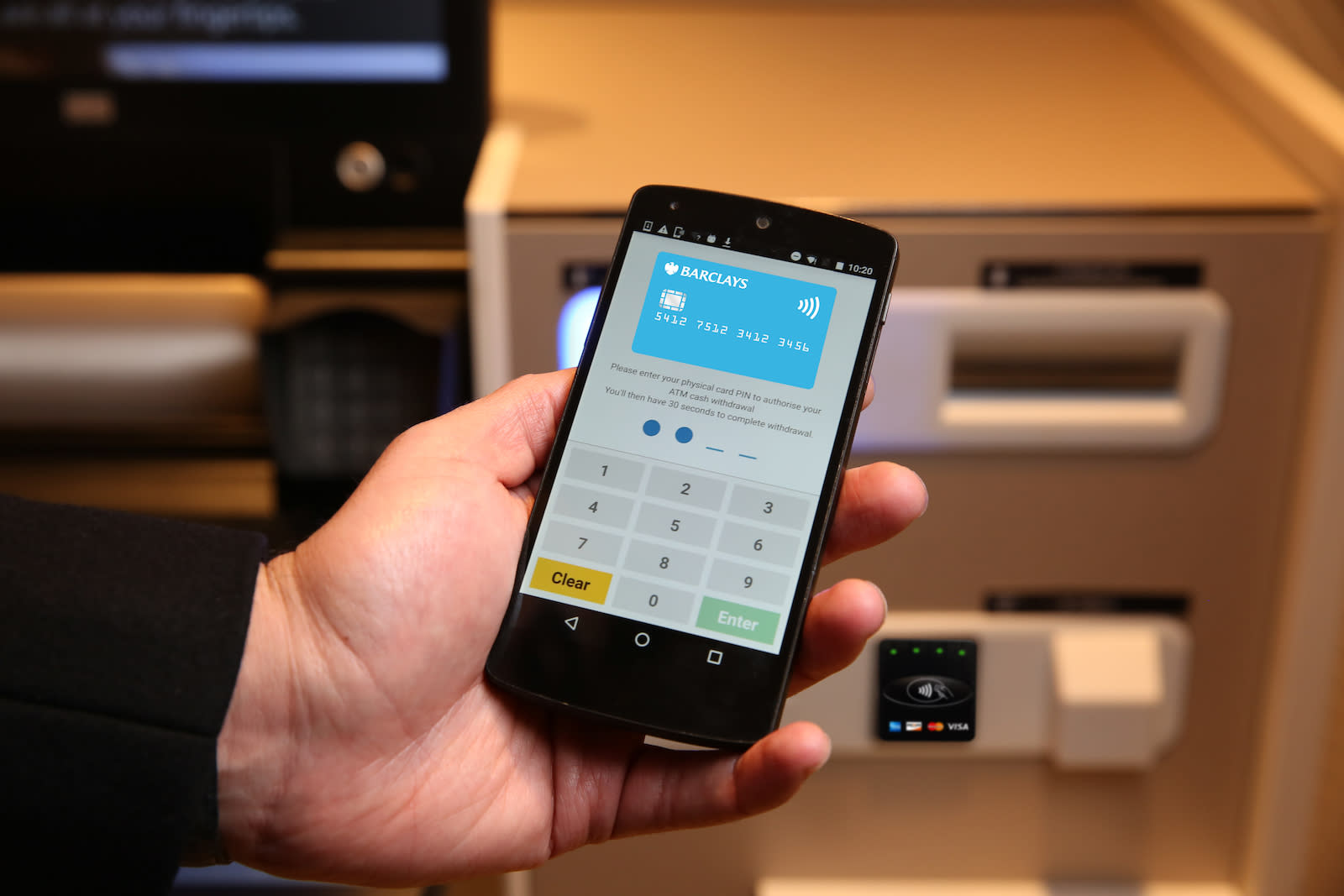 Contactless technology is, we're told, destined to replace physical currency. In the meantime, you'll soon be able to use your phone to withdraw cash from an ATM -- if you're with Barclays that is. The banking giant announced today that it's in the process of rolling out new in-branch cash machines that will let you withdraw up to £100 with your smartphone or contactless card.

Initially, Barclays will install new "Contactless Cash" machines in the north, before expanding it to 180 branches next year. Over 600 cash machines will be outfitted with contactless readers, which offer three ways to withdraw money. If you own an NFC-enabled Android smartphone, all you'll need to do is tap on the contactless reader before entering a PIN. When you're in a rush, the Android app will let you pre-select how much money you want to withdraw and enter your PIN. You'll then have 30 seconds to tap your phone against the ATM's contactless reader, which will automatically dispense your cash.

Cards must be added to the Contactless Cash section of the Barclays Mobile Banking app. They can also be tapped (followed by a PIN) instead of physically entering them into the machine.

Barclays argues that Contactless Cash doesn't just save time, it is also more secure: "Whether using your smartphone or card, it removes the risk of magnetic card skimming and distraction fraud, as the device never needs to leave your hand."

In this article: android, bank, barclays, cash, contactless, contactlesscash, gear, mobile, money
All products recommended by Engadget are selected by our editorial team, independent of our parent company. Some of our stories include affiliate links. If you buy something through one of these links, we may earn an affiliate commission.