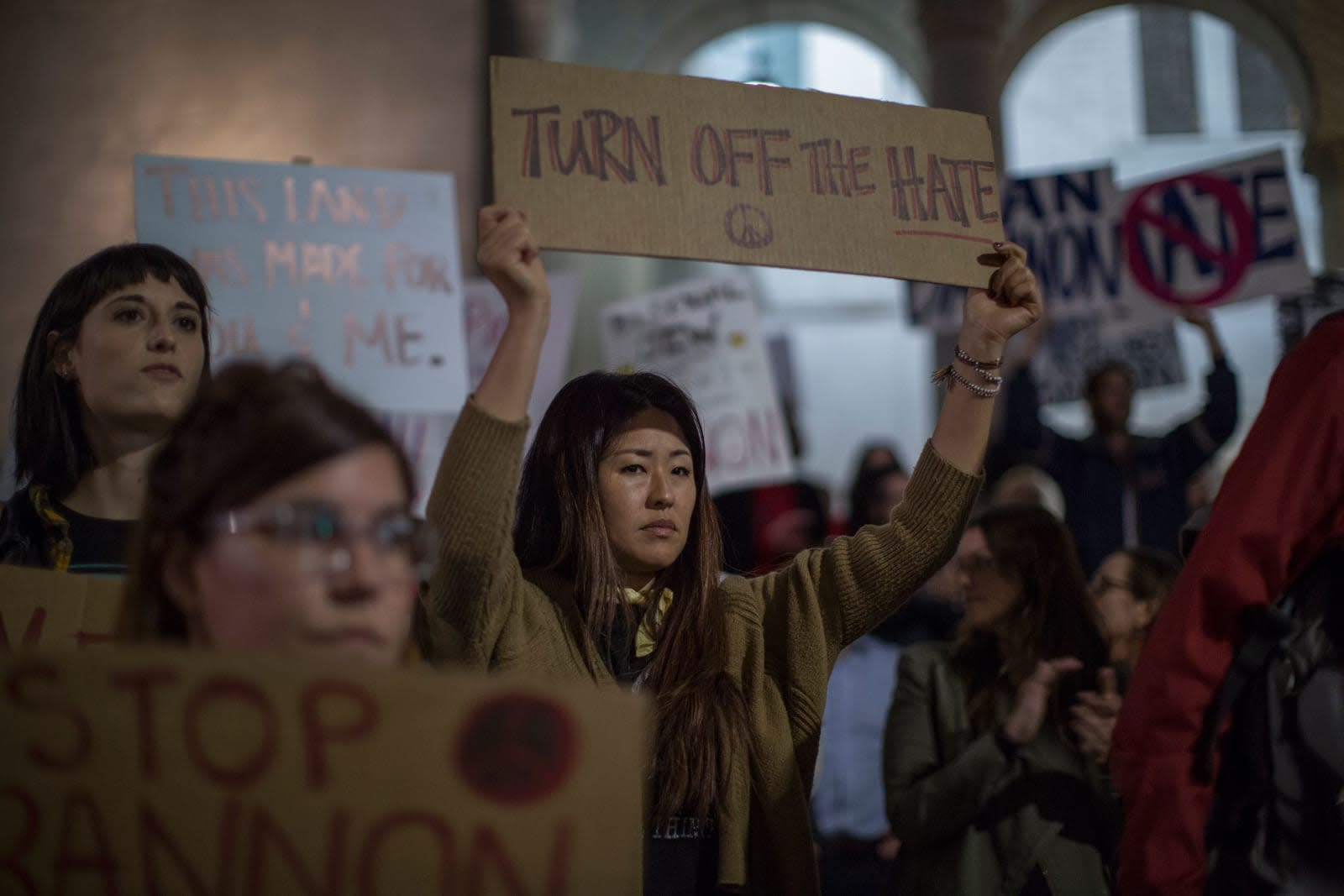 The AppNexus advertising network drew a line in the sand today: Breitbart News has been indefinitely barred from using its ad-serving tools for violating hate speech standards. "This blacklist was solely about hate speech violation," AppNexus' Joshua Zeitz told Bloomberg. "We did a human audit of Breitbart and determined there were enough articles and headlines that cross that line." At a glance, the move seems similar to Facebook's pledge to gut advertising for "misleading, illegal and deceptive" fake news websites, but AppNexus says it isn't trying to police content -- it's just upholding its existing content standards.

"We would ban this as quickly as a site that has pornography and violence," Zeitz says. Although Breitbart doesn't explicitly offer either, AppNexus says it incites violence and promotes hate speech through "either coded or overt language." The ban won't pull all advertising from the news site, however -- just some. According to Bloomberg, Breitbart never sold ad-space directly through AppNexus, but would be served ads from the company's customers through a variety of networks and exchanges.

This shouldn't come as too much of a surprise -- the publication's reputation for incendiary headlines has come under fire ever since it was reported that former Breitbart CEO Steve Bannon would have a place in President Elect Donald Trump's administration. Breitbart's current CEO seems to disagree with AppNexus' assessment, and told Bloomberg that the site "has always and continues to condemn racism and bigotry in any form." Fine words, though they do seem to contradict some of the site's most infamous headlines. It's a bit hard to reconcile a condemnation of bigotry with headlines that celebrate the confederate flag, condemn gay rights and use terms like 'renegade Jew.'

In this article: ads, advertisments, appnexus, bigotry, bloomberg, breitbart, business, culture, harassment, hatespeech
All products recommended by Engadget are selected by our editorial team, independent of our parent company. Some of our stories include affiliate links. If you buy something through one of these links, we may earn an affiliate commission.
Share
Tweet
Share