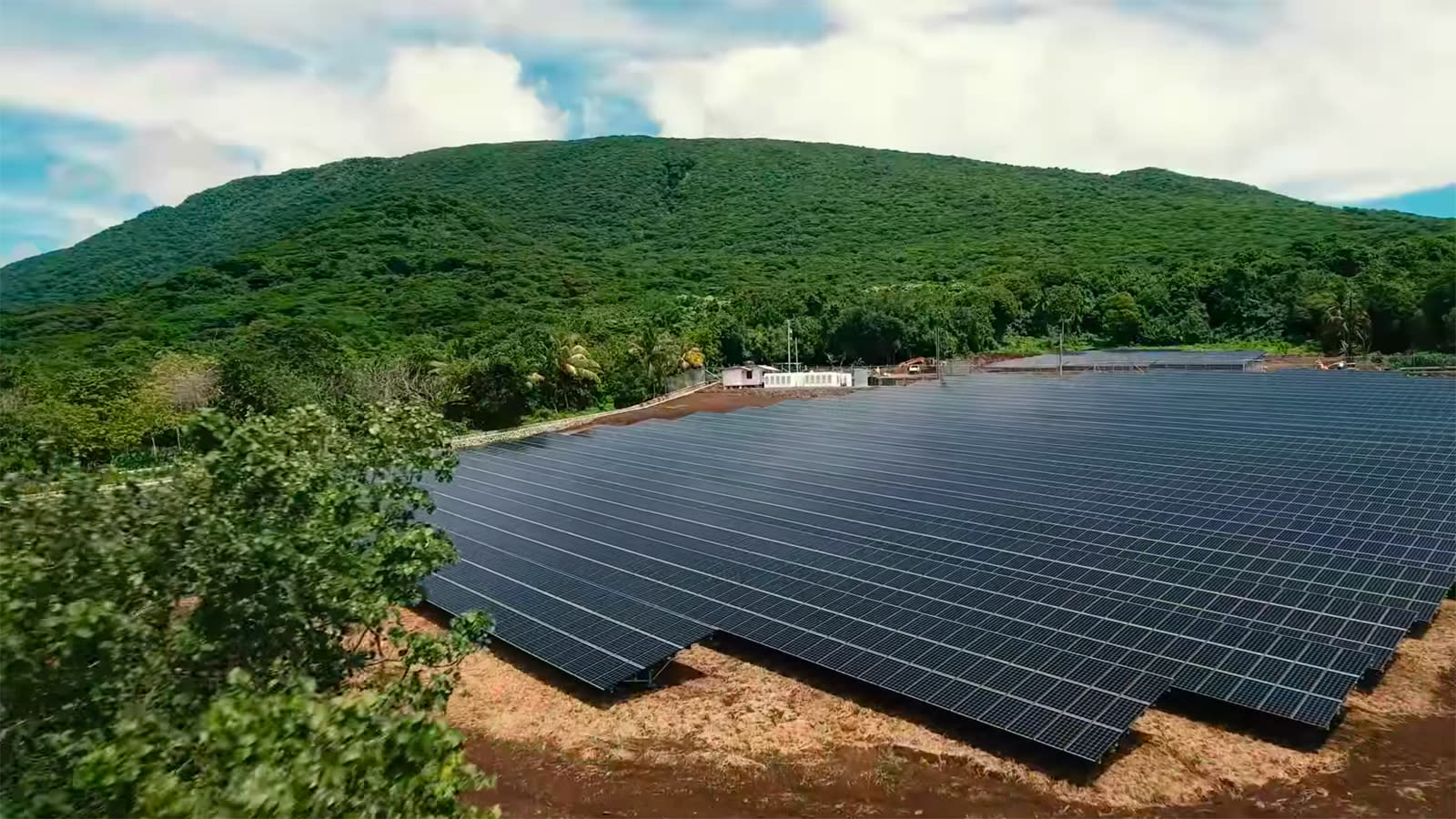 Now that Tesla has officially acquired SolarCity, it's not wasting any time showing what the combined entity can do. Tesla has revealed that it's running the island of Ta'u (in American Samoa) on a solar energy microgrid that, at 1.4 megawatts, can cover "nearly 100 percent" of electrical needs. It's not just the 5,328 solar panels that are key -- it's the 60 Tesla Powerpacks that offer 6 megawatt-hours of energy storage. While Ta'u is normally very sunny, the packs can keep it running for three days without sunlight. They don't have to worry about a cloudy day leading to blackouts.

The solar switch, which took a year to complete, has both its long-term environmental and immediate practical benefits. Like many remote communities, Ta'u previously had to run on diesel generators. That burns 300 gallons of fuel per day, which is neither eco-friendly nor cheap. Solar eliminates the pollution, of course, but it also saves the cost of having to continuously buy and ship barrels of diesel. And crucially, it provides a more reliable source of electricity. Locals previously had to ration power (say, if a diesel shipment wasn't on time) or accept periodic outages. Now, they can assume they'll have power at all times.

Ta'u is clearly an ideal test case. On top of its paradise-like weather, there are less than 600 residents with relatively modest power needs. It'd require much, much more power to accommodate a full-blown city, especially in climates where cloudy days are more commonplace. However, it could still serve as a good example. Tesla's mission is to wean the world off of fossil fuels, and this shows that it's a realistic goal in at least some corners of the globe.

In this article: americansamoa, culture, energy, environment, gear, green, power, powerpack, solar, solarcity, solarenergy, solarpower, tau, tesla, TL16NuPwr, video
All products recommended by Engadget are selected by our editorial team, independent of our parent company. Some of our stories include affiliate links. If you buy something through one of these links, we may earn an affiliate commission.