Pros and cons: Our quick verdict on Google Home

Not a must-buy yet, but it will get better with more third-party support.

It was only a matter of time before Google came out with something to compete with the Amazon Echo: After all, Google too has deep experience with both voice commands and search. Indeed, one of the things we like best about the new Google Home hub is how it responds to conversational inquiries -- and how Google's vast knowledge graph allow it to be genuinely helpful. What's more, the $129 device has a lower profile than the Echo, making for a more discreet design. It also has a surprisingly good speaker, and being able to just tell it what music you want to hear is a killer feature.

We already like it, then, but we'll like it even more when the device supports more third-party services, the way the Echo does. Right now, for instance, you can't book restaurant reservations through OpenTable or buy movie tickets on Fandango. Such features are coming eventually, though, and when they do, the device will be much more useful. 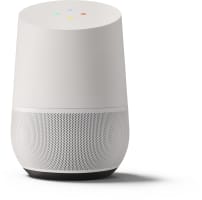