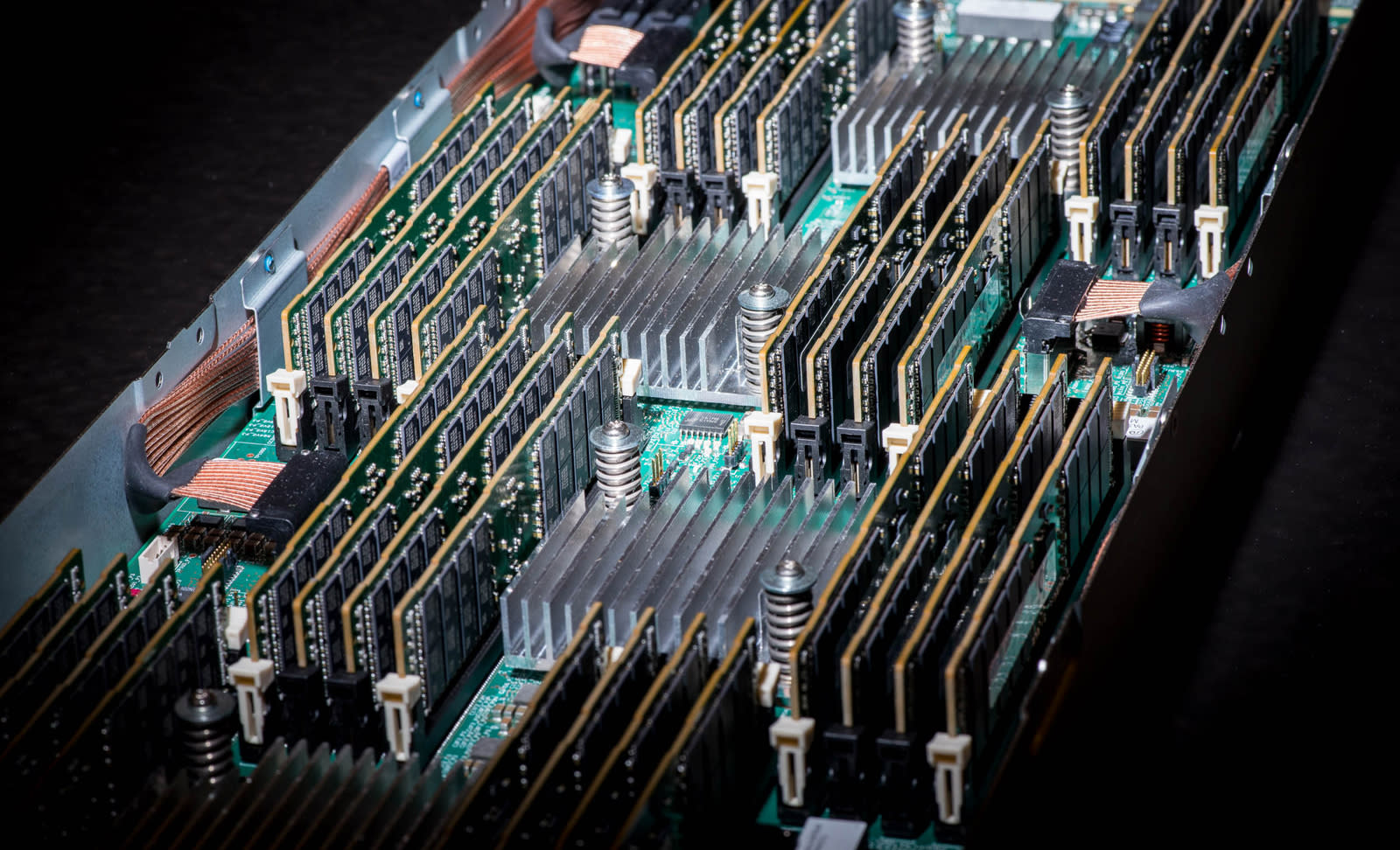 HP's grand dream for the future of computing, The Machine, is no longer just a set of clever ideas and hardware research. Hewlett Packard Enterprise (the business-focused company that emerged from HP's split) has successfully tested its Memory-Driven Computing architecture, where memory is more important to completing tasks than raw processing power. It's just a proof-of-concept prototype, but it shows that everything works: compute nodes that share a pool of fast but permanent memory, speedy photonics-based data links and the custom software needed to make it all run.

The prototype needs more nodes and memory to live up to its potential, but there's a good reason why HPE is optimistic based on this test. Simulations from the design phase suggest that a Memory-Driven Computing system is "multiple orders of magnitude" faster at running code than conventional PCs -- up to 8,000 times faster, in some cases. And while the company most wants to use the tech for servers and other high-end computing tasks, it notes that this improvement could scale all the way down to Internet of Things devices. Even your smart home could benefit from the performance leap.

As before, the biggest hurdle is making it all practical. The non-volatile memory needed to make MDC shine isn't due until sometime in 2018 or 2019, and HPE won't have widespread use of photonics until around the same time. Don't expect to buy a superpowered laptop any time soon, folks. However, the very fact that HPE has working hardware represents an important milestone. Now, it's mostly a matter of refining the experience instead of proving that it's functional.

In this article: design, fabricattachedmemory, gear, hewlettpackardenterprise, hp, hpe, memory, memory-drivencomputing, memristor, photonics, science, themachine, x1
All products recommended by Engadget are selected by our editorial team, independent of our parent company. Some of our stories include affiliate links. If you buy something through one of these links, we may earn an affiliate commission.