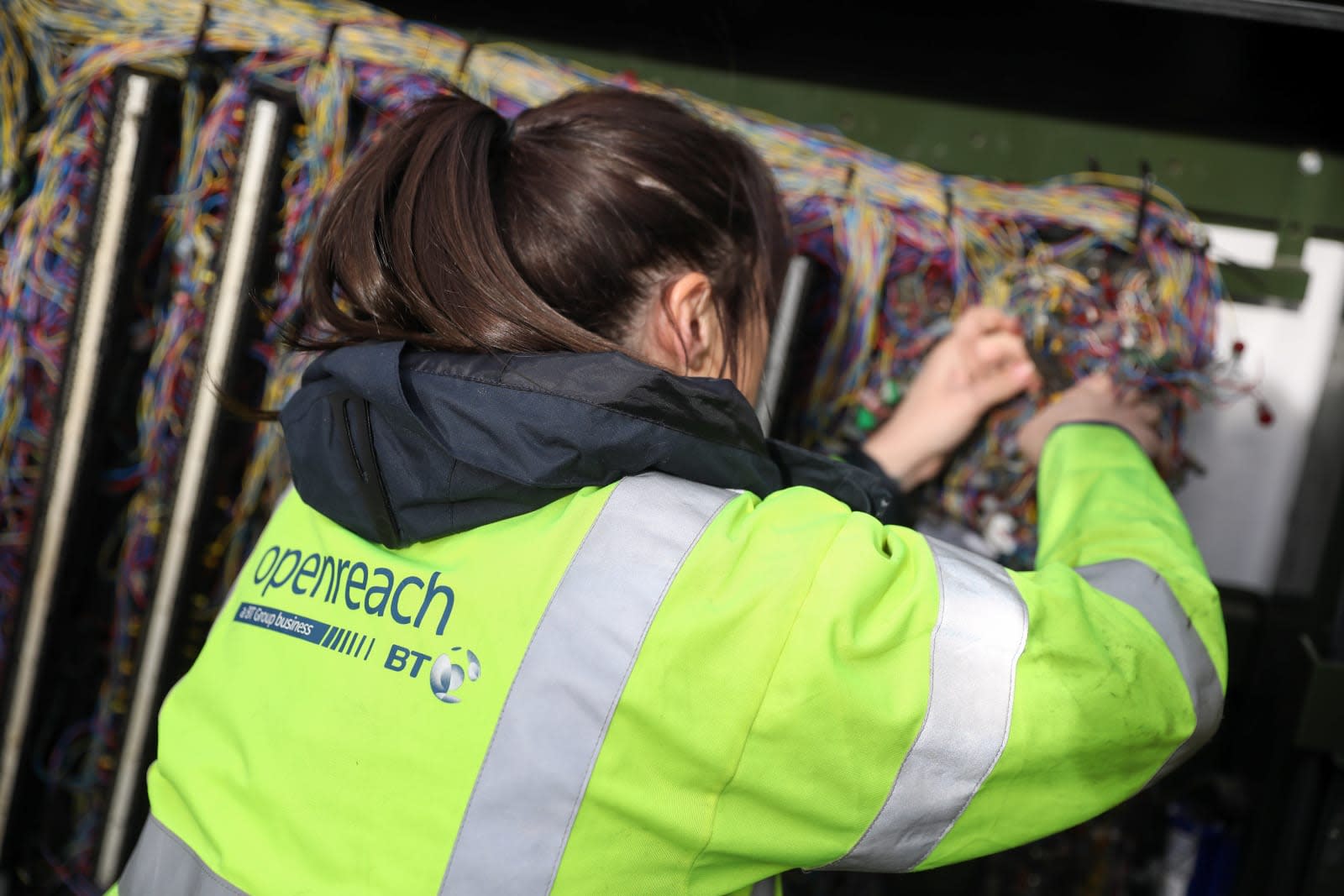 Ofcom, the UK's communications regulator, announced today that it will force the legal separation of BT and its broadband infrastructure business Openreach after the company voluntarily failed to address "competition concerns." The action comes after the provider was told it must spin Openreach off into a separate company in a bid to "deliver better outcomes for phone and broadband users."

When Ofcom made its first ruling in July, it told BT that Openreach must become a "legally separate company" within the BT Group, with its own board and directors who are not affiliated with BT. It argued that because BT runs the nation's broadband network and also operates its own retail business, it was incentivised to promote its own interests when making new network investments. A standalone Openreach would have "a duty to treat all of its customers equally," Ofcom said in a statement.

BT submitted fresh plans but Ofcom said they had "so far failed to offer proposals that would adequately address our concerns," citing issues around the transfer of employees and company assets, and the amount of influence BT Group executives would have over Openreach. As a result, the watchdog will now notify the European Commission of its intention to force the legal -- not structural, which would be more intrusive and costly -- separation of the two companies.

In what appeared to be a preemptive move, BT confirmed the appointment of Mike McTighe as the first Openreach chairman late last night. McTighe certainly has plenty of experience: he served on Ofcom's board between 2007 and 2015. The telecoms giant agreed to form an independent board in July but hadn't made enough progress in other areas to appease the regulator.

BT says as much in its statement: "We put forward proposals in July that we believe are fair and sustainable, and that meet Ofcom's objectives without disproportionate costs. We are implementing these proposals, and have just appointed Mike McTighe to be the first chairman of Openreach. We are in discussions with Ofcom on two outstanding issues, the reporting line of the Openreach CEO and the form of legal incorporation."

"We will continue to work with Ofcom to reach a voluntary settlement that is good for customers, shareholders, employees, pensioners and investment in the UK's digital future"

Ofcom said it will submit its consultation to the Commission early next year. "We then intend to proceed quickly to submit a detailed plan to the Commission and, subject to its decision, implement the reforms of Openreach so the UK can benefit as soon as possible," it added.

In this article: BT, gear, internet, ofcom, openreach, split
All products recommended by Engadget are selected by our editorial team, independent of our parent company. Some of our stories include affiliate links. If you buy something through one of these links, we may earn an affiliate commission.