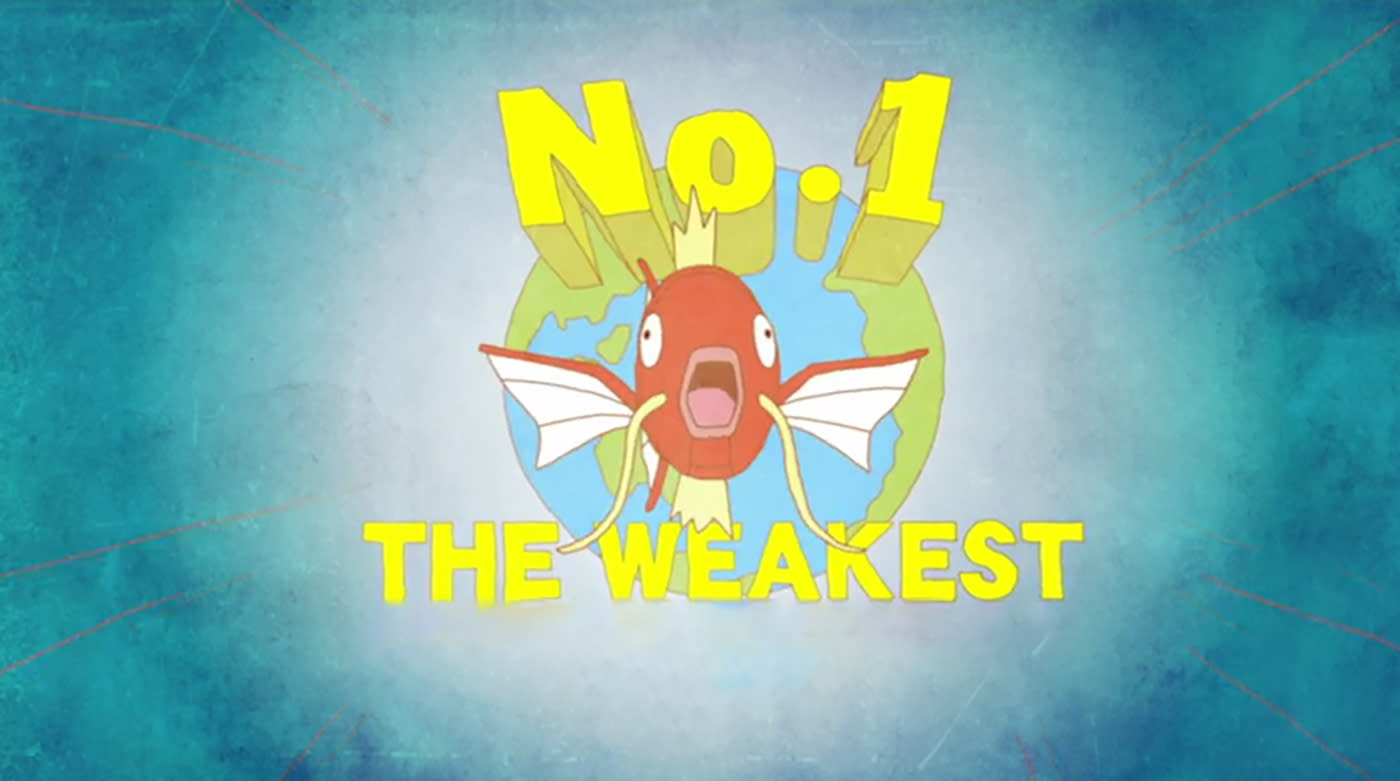 Worthless. Pathetic. Horribly Weak. Virtually useless. This is how Pokémon games' in-game encyclopaedias describe Magikarp, a hapless fish-creature that is widely regarded as the "worst" monster in the game series' ever-growing list of fighting creatures. It only has three attacks, and one of them literally does nothing. So, naturally, someone beat Pokémon Sun And Moon using nothing but the worthless flounder. Because why not?

Japanese player Nanako_Official barrelled through Sun and Moon's Elite Four with a level 70 Magikarp, keeping the weak Pokémon in the fight by stocking up on health items and making the most of the game's battle mechanics. Specifically, Nanako said he had to use the 'struggle' move to overcome Magikarp's weakness to Ghost-type Pokémon. Normally, a Pokémon only struggles if it's out of Power Points (PP) -- but the move is capable of dealing damage to any opponent, regardless of type. By intentionally letting Magikarp run out of PP, Nanako was able to defeat enemies the Pokémon should never have been able to take down.

Beating a Pokémon game with Magikarp sounds like a gruelling, painful exercise -- but it's also sort of a tradition. The "Magikarp Only Run" is one of half a dozen extremely difficult fan-challenges available to Pokémon players. Other popular runs include the infamous Nuzlocke Challenge, which forces players to release any Pokémon that faints in battle and the MonoType run, which limits the player to using only a single "type" of Pokémon. Frankly, all these challenges sound a little insane -- but maybe that's what it takes to be a true Pokémon master.

In this article: 3ds, av, challenge, games, gaming, magikarp, nintendo, nintendo3ds, pokemon, video, videogames
All products recommended by Engadget are selected by our editorial team, independent of our parent company. Some of our stories include affiliate links. If you buy something through one of these links, we may earn an affiliate commission.