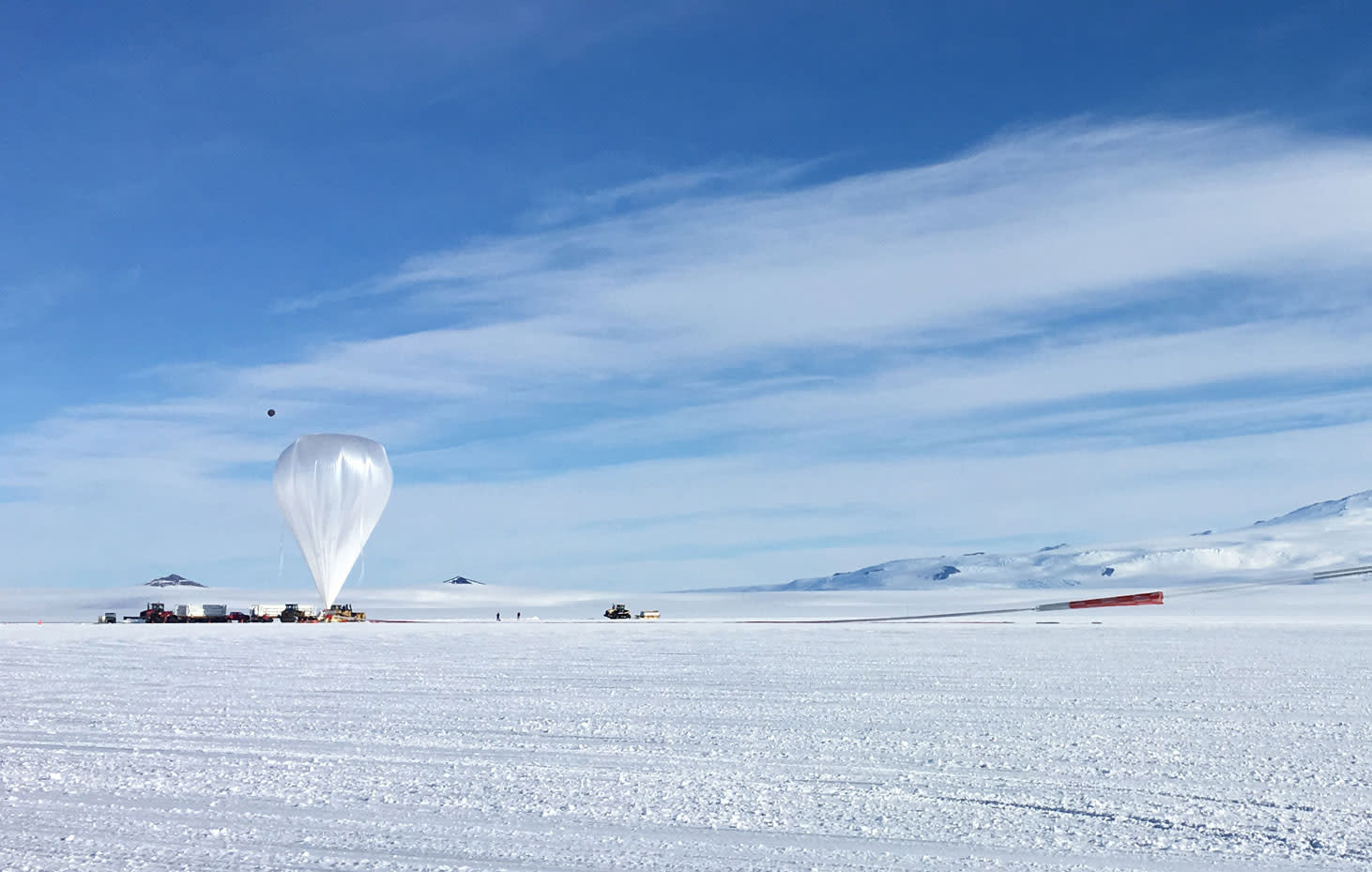 Antarctica is ideal for launching high-altitude science balloons this time of year. You not only get non-stop sunlight (ideal for solar power), but wind patterns that keep those balloons over land. And NASA is determined to take advantage of this. It's launching a trio of Antarctic balloon missions that promise to shed light on the mysteries of space. The first to take off, the University of Maryland's BACCUS (Boron and Carbon Cosmic Rays in the Upper Stratosphere), will look at cosmic ray particles to learn about the chemicals and density in the space between stars.

The next two experiments are equally ambitious. The University of Hawaii's ANITA (Antarctic Impulsive Transient Antenna) will learn more about the reactions inside the cores of stars by studying the neutrinos they release. The University of Arizona's STO-II (Stratospheric Terahertz Observatory), meanwhile, will learn about the life cycle of the matter between stars.

Regardless of the mission, the flights will largely be the same. The balloons will circumnavigate the South Pole at an altitude 127,000 feet for nearly their entire journey, and should fly for a long time -- a typical balloon stays aloft for 20 days, NASA says. If you're wondering about their progress, you can track their locations yourself. You likely won't hear about the findings from these studies until much later, but the sheer volume of data should be worth the wait.

In this article: anita, antarctica, baccus, balloon, cosmicrays, nasa, neutrino, science, space, sto-ii, UniversityOfArizona, UniversityOfHawaiiAtManoa, universityofmaryland
All products recommended by Engadget are selected by our editorial team, independent of our parent company. Some of our stories include affiliate links. If you buy something through one of these links, we may earn an affiliate commission.