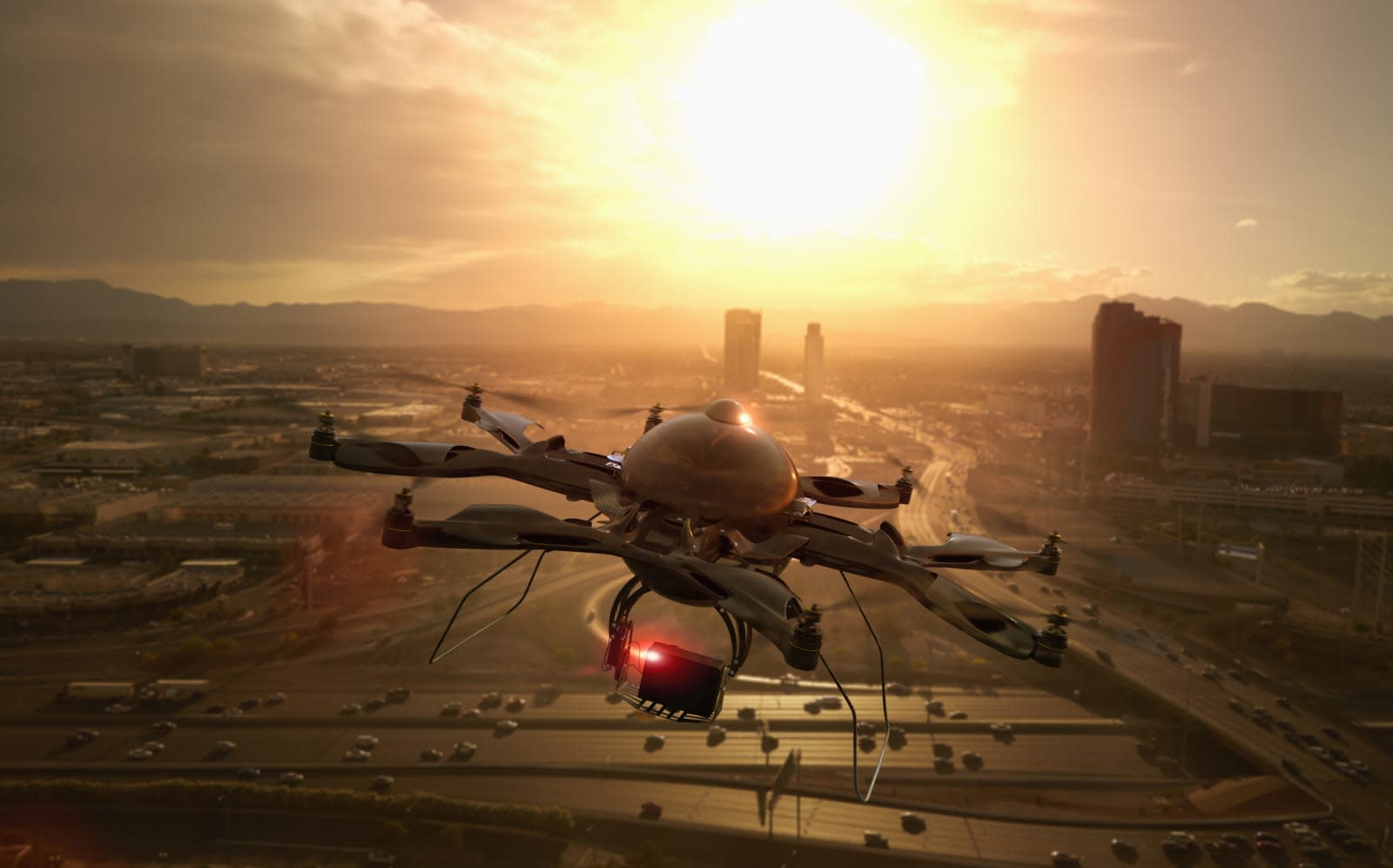 Apple is putting a team together that will capture mapping data using drones to supplement its camera-equipped minivans, Bloomberg says. While its Maps app is no longer the butt of jokes, Apple reportedly wants to better the quality of Google Maps, an app that's still more widely used on all platforms. The team may use UAVs from companies like DJI and Aibotix to keep maps up-to-date with construction, new roads and other info.

Apple is also trying to improve car and indoor navigation, according to unnamed company sources. The latter isn't too much of a surprise, as Apple recently bought an indoor tracking company called Indoor.io last year, and purchased WiFiSlam back in 2013. The company even released an app called Indoor Survey last year that lets you figure out your location in an indoor venue, even if it hasn't been mapped.

As for the drone team, it's reportedly being assembled in Seattle and run by someone hired away from Amazon's Prime Air division. Apple applied for FAA permits last year to fly commercial drones to "conduct data collection, photography and videography," according to a document dug up by Bloomberg. If it follows the new FAA rules, operations in cities will be limited to licensed pilots flying in daytime hours with line-of-site views of the drones. Images and other data collected will then be rapidly incorporated into Maps.

Apple doesn't use its mapping service to sell ads like Google does, but it certainly wants to keep users and developers on its own ecosystem. The company has made large strides lately improving Maps with public transit data, and recently incorporated third-party extensions from Lyft, OpenTable and Uber into iOS 10. As a result of its work, Maps is now reportedly used at least three times more often by users than Google Maps on iOS. We've contacted Apple to confirm the story, but don't hold your breath.

In this article: apple, cameras, Data, Drones, Indoor.io, Mapping, Maps, robots, science, TL18APL, UAVs
All products recommended by Engadget are selected by our editorial team, independent of our parent company. Some of our stories include affiliate links. If you buy something through one of these links, we may earn an affiliate commission.