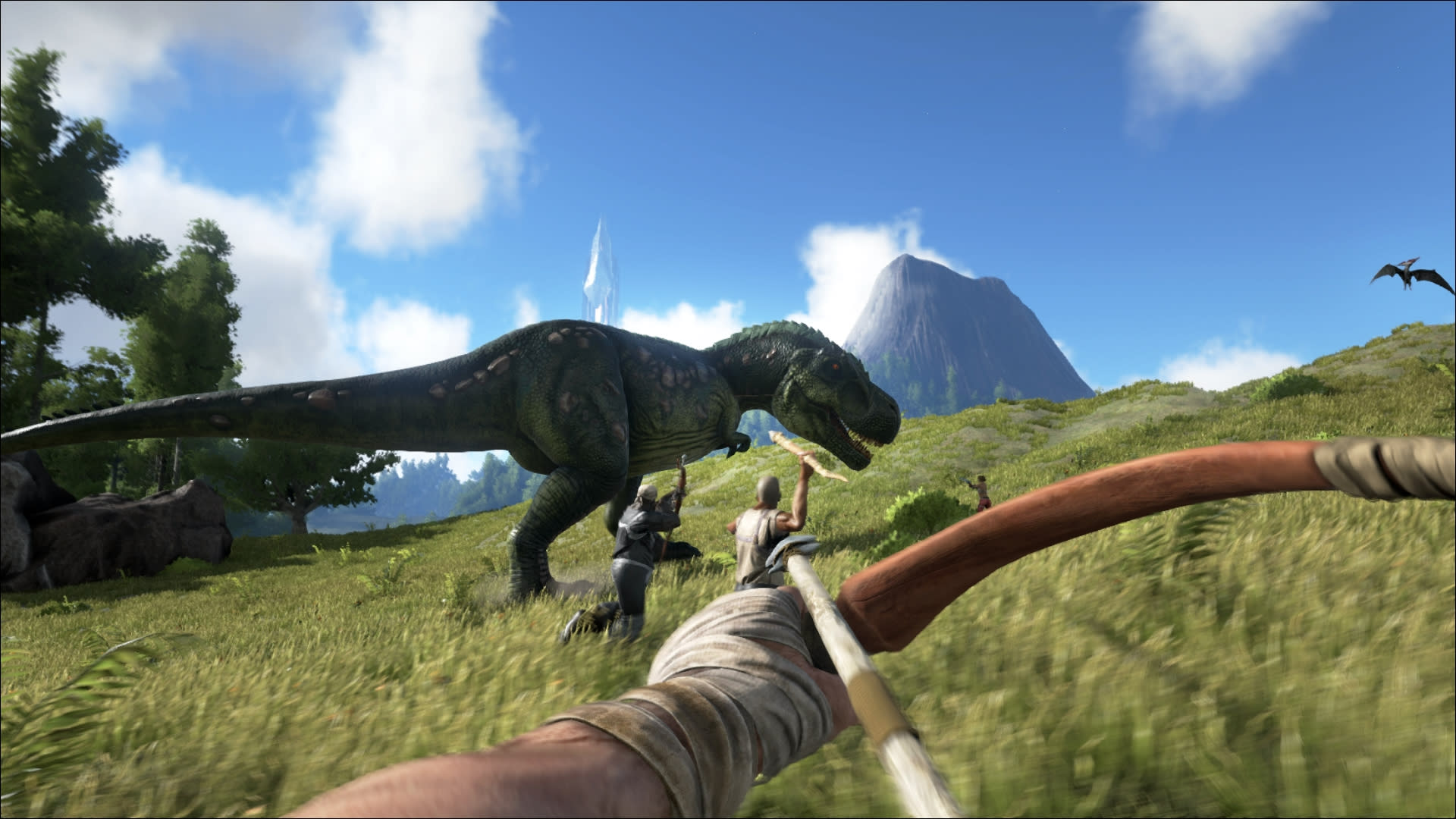 After a lengthy wait, PS4 owners will finally be able to play Ark: Survival Evolved this week, with the game launching on December 6th. Since the game became a runaway success on Steam in 2015, PS4 owners have been waiting patiently to play the Early Access survival hit and now they will be able to purchase not only the latest build of Ark but also the recently released Scorched Earth expansion. To make up for the delay, buying Ark: Survival Evolved on PS4 will also net you two PlayStation exclusive items: the Bionic Giganotosaurus skin and a Manticore armor set. Developer Wildcard has also promised that PS4 players will receive the same updates as the Steam Early Access and Xbox One versions and at " a similar tempo".

For the uninitiated, Ark: Survival Evolved is a prehistoric survival game that sees you aiming to hold your own in a dangerous online world. Tasked with crafting food and weapons, players can build their own dwellings and defend them against terrifying creatures and worse still, other players.

The game's release comes a surprise, largely due to Sony's policy on Early Access releases. Games in Steam Early Access are unfinished, allowing players to purchase them for a discounted price and play them as they're being developed. Due to its incomplete nature,previously Sony stated that the game would need to be finished before it would appear on PS4. It appears that Sony was happy enough with the state of Ark however, as PS4 owners will now be playing long before the game's full release in Spring 2017. It still hasn't been announced whether PlayStation gamers will be getting the same mode support as PC and Xbox One players, however.

Christmas is a time of bringing a bit of magic into people's lives, and there're very few things quite as magical as riding a Velociraptor while firing a machine gun.

In this article: ark, arksurvivalevolved, av, gaming, Playstation4, ps4, sony, STEAM
All products recommended by Engadget are selected by our editorial team, independent of our parent company. Some of our stories include affiliate links. If you buy something through one of these links, we may earn an affiliate commission.