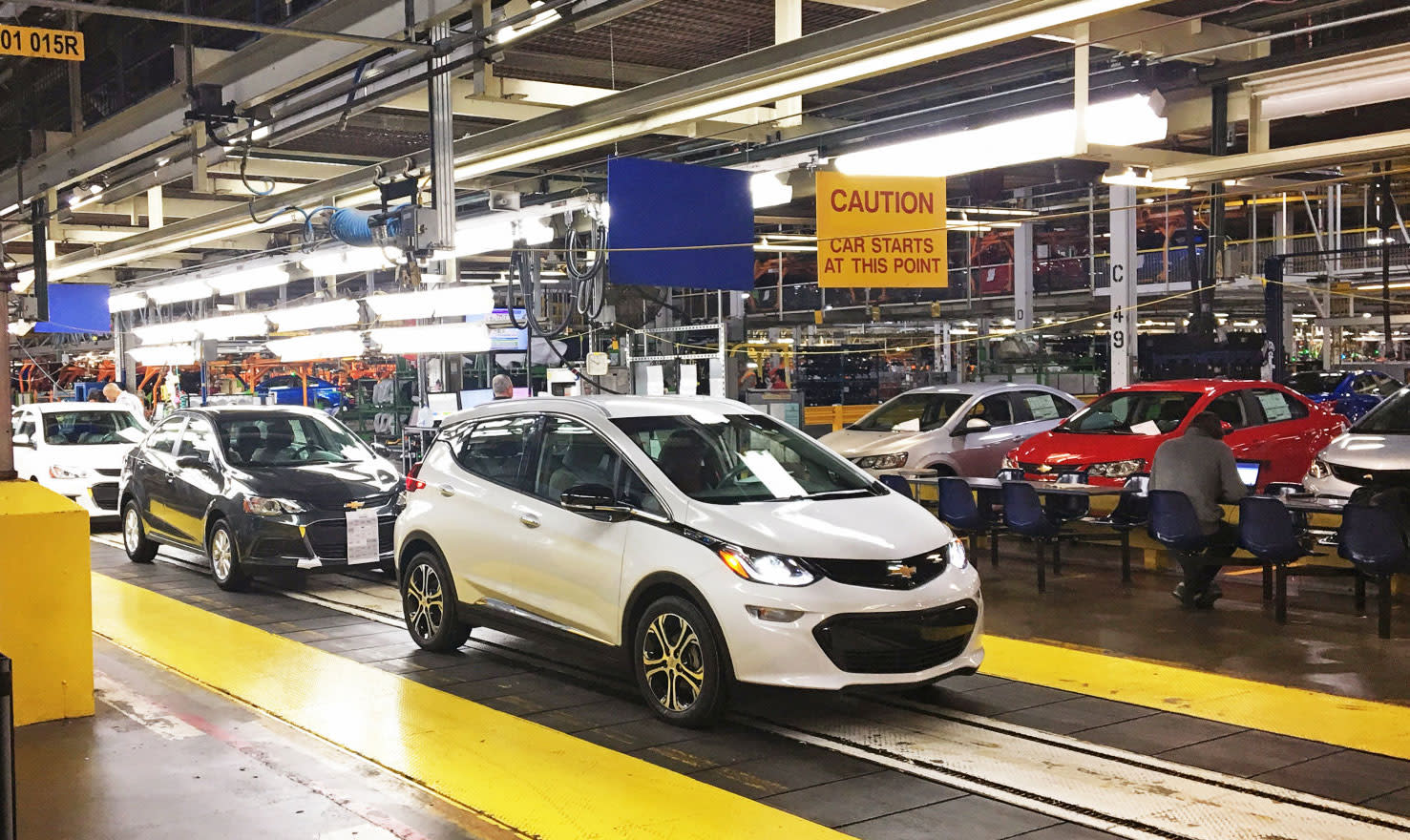 Oregon and California residents can now buy an electric car with an EPA range of 238 miles for under $30,000. Chevy's pricing configurator for its Bolt EV is now online, and as expected, the base LT model with a 10.2-inch touchscreen, Apple CarPlay (or Android Auto) and a rear vision camera costs $37,495, or exactly $29,995 after the $7,500 federal tax credit. If you get the premier model with all the options (including driver assist features) it'll cost $44,950, or $37,450 after US tax credits. As Chevy warned earlier, the DC fast charge option is $750 extra on all models.

If you live in one of the many US states which add their own EV incentives (like California, which will probably offer a $2,500 credit) you could pay as little as $27,495 for a base Bolt -- well under the median price for a car in the US. With fuel savings included, the cost of ownership will be even less, especially if you have your own solar panels.

Chevy reportedly loses as much as $9,000 on every Bolt it sells, according to a Bloomberg report. However, hitting EV targets allows it to sell more of its profitable, gasoline-powered vehicles in green-centric states like California and New York. It's also a way for GM to lure young buyers who would otherwise avoid what they see as a stodgy company. "It's a statement about what we can do for the Chevy brand," Marketing Officer Tim Mahoney said.

However, keep the US tax credit EV manufacturing caps in mind. The Bolt has nearly the same pricing as the Tesla Model 3, so Chevy will probably sell a lot of them -- possibly in the hundreds of thousands, depending on production capacity. The federal government caps the EV tax credit at 200,000 vehicles per manufacturer, including all of GM, not just Chevy. The Hybrid Volt qualifes as an EV, as does the Cadillac SVR, so total sales from GM could hit 100,000 by the end of this year.

Unless the tax credit is extended for manufacturers, it will be reduced and eventually eliminated after 200,000 sold. That will probably happen by next year for GM (and Tesla too, for anyone not already on its pre-order list). In other words, you should think about ordering a Bolt soon if you want to get the full discount. It's available now in Oregon and California, and will arrive in other states in early 2017.

In this article: Bolt, Chevrolet, Chevy, ChevyBolt, Configurator, ElectricCar, EV, gear, green, Pricing, transportation
All products recommended by Engadget are selected by our editorial team, independent of our parent company. Some of our stories include affiliate links. If you buy something through one of these links, we may earn an affiliate commission.