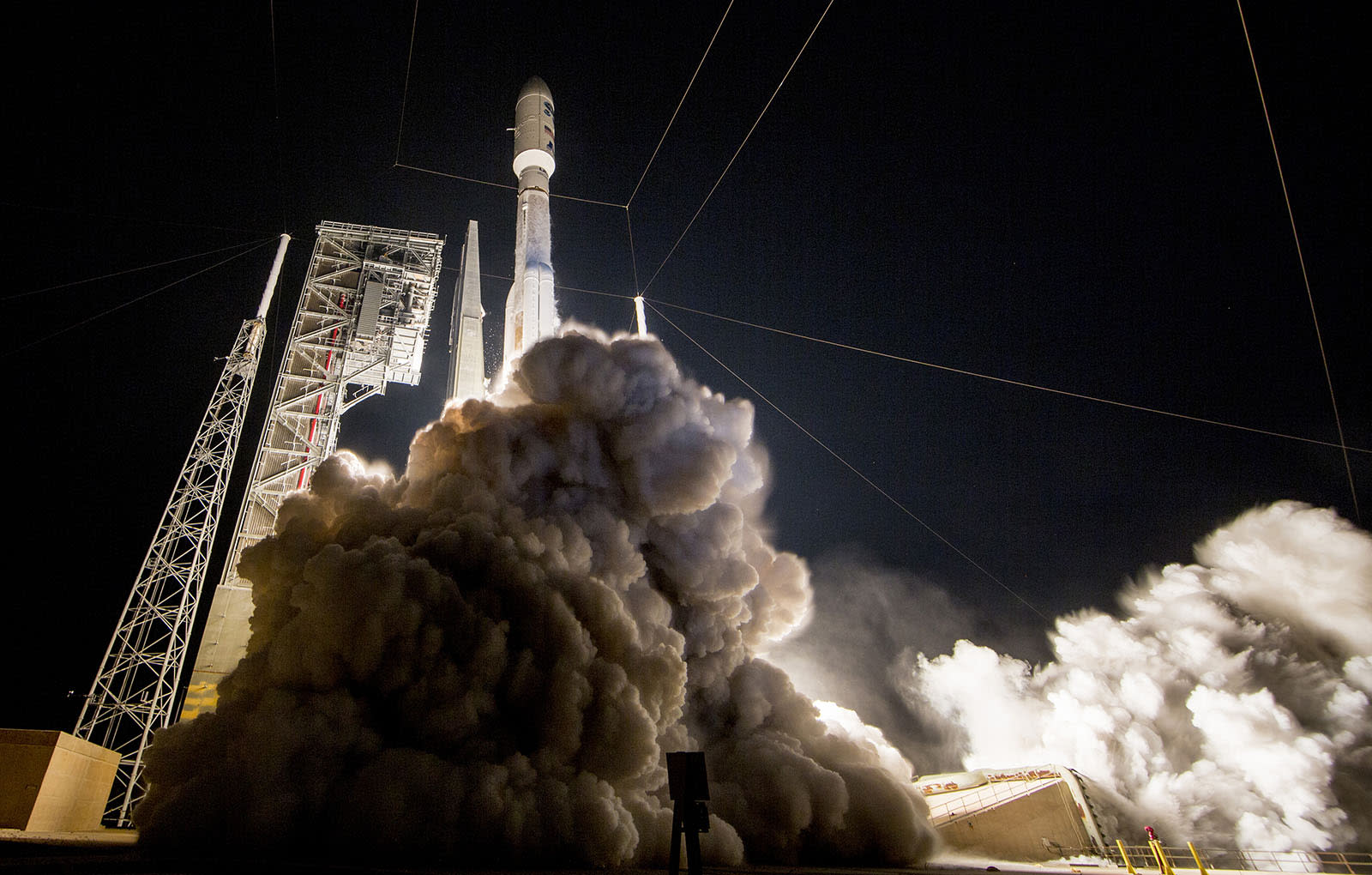 The United Launch Alliance (ULA) Atlas V is the world's most reliable rocket, with a 100 percent mission success rate over 67 total missions. However, at a base launch rate of $109 million, it's a lot more costly compared to newcomer SpaceX, which has a starting price of $62 million. The raw launch is not the only cost, though, so ULA launched the RocketBuilder website to let potential clients, the press, academics and students configure a rocket like "building a car."

Like buying a car online, building an Atlas V rocket is fun -- it's paying for it that sucks. After you select a launch date and payload, the system will calculate the type of nose cone and number of boosters. You can then pick service options like an onboard video system (who wouldn't want that), "expanded mission rehearsals" and even a VIP experience for up to 100 clients.

With a Q2 2018 launch date, geosynchronous orbit and four ton payload (which gives me a four meter fairing), plus the "Signature Pro" and "Rocket Marketing" service, my total tab was $125 million. ULA says with expensive (and sometimes priceless) payloads, launch customers pay an average of $12 million less for insurance on the reliable Atlas V. It also claims an average launch delay of just two weeks, compared to three to six months for other providers, for an additional mean gain of $27 million. It can also lengthen satellite services times by up to two years, it says, on "variable injection" missions, gaining clients another $30 million. That puts the price "after added value" at $60 million, a hair under the cost of a SpaceX Falcon 9 launch.

We imagine that competitors would dispute some of these numbers and if you launched without any delays or problems, you'd still get there cheaper with SpaceX. However, Elon Musk's company has suffered two failures in the past two years, and with satellites costing around $300 million on average, that's likely weighing on clients' minds. "Nobody really chooses to have low reliability, to blow their rocket up, or to be late," said ULA CEO Tory Bruno at a Washington, DC press conference. "It's something they strive to avoid, but it's very difficult to obtain."

ULA still buys its main kerosene and liquid oxygen-powered engine from Russia, something that has caused it grief of late with US Congress, which may explained why it held the RocketBuilder press conference in Washington. However, the company is working on a replacement rocket called the Vulcan, which will probably be powered by Jeff Bezos' Blue Origin BE-4 motor. Testing on the new rocket could reportedly start as early as 2019.

In this article: configurator, Launch, Online, Price, Rockets, science, space, ULA, UnitedLaunchAlliance
All products recommended by Engadget are selected by our editorial team, independent of our parent company. Some of our stories include affiliate links. If you buy something through one of these links, we may earn an affiliate commission.