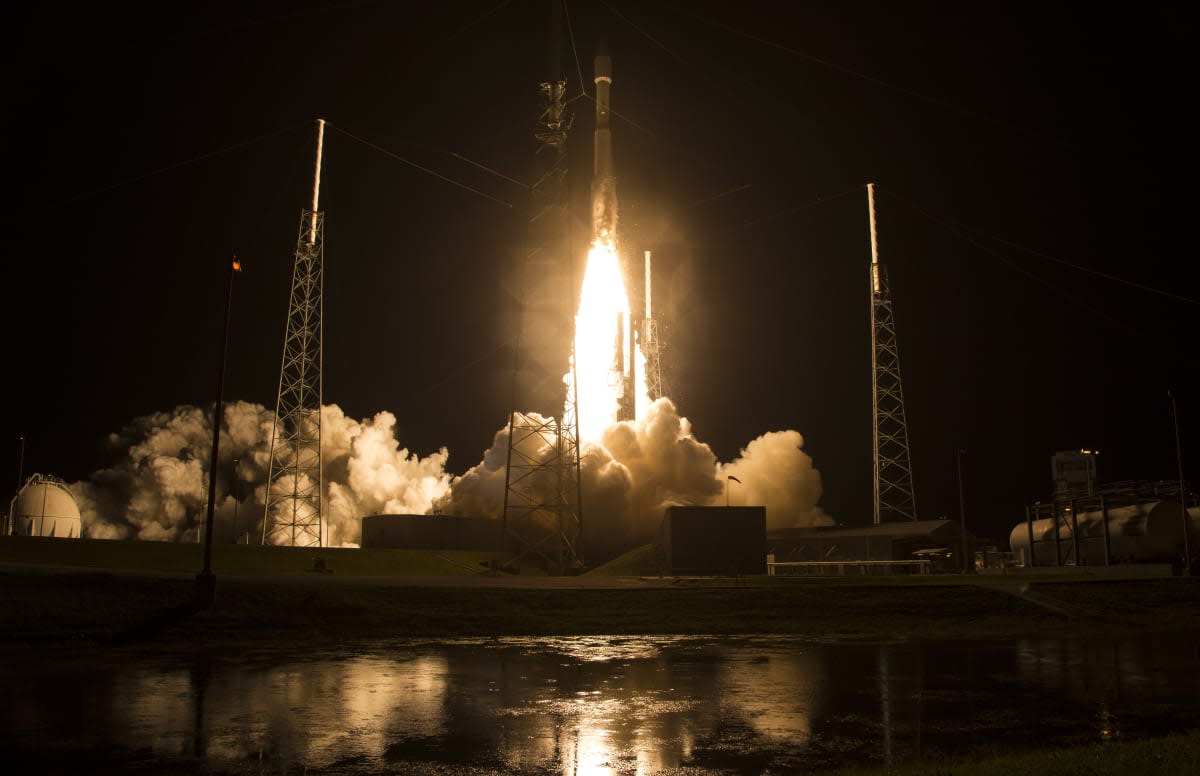 United Launch Alliance is a joint-venture between Lockheed Martin and Boeing that launches spy and navigation satellites for the Pentagon and Air Force. Now, the firm is the subject of a $2 billion bid from engine business Aerojet Rocketdyne, a company that's been snubbed in its attempts to power the Atlas V. If the government's shadowy army of intelligence analysts and accountants approve the deal, it could create a new aerospace behemoth that could leave Elon Musk shivering out in the cold.

As Reuters explains, ULA has one of the best reliability records in the industry but charges a high price for each launch. The firm's been using cheap, Russian-made rocket engines, but that's now gone out of the window since the US imposed a trade ban on the country following the occupation of Crimea. The business is believed to be looking at Jeff Bezos' Blue Origin as a supplier of US-made engines, something that might have prompted Aerojet's bid.

Another problem for ULA is that Elon Musk's SpaceX is doing its best to break what's seen as an old boy's club in the aerospace business. Musk himself has complained publicly that ULA was handed plum Air Force contracts at a time when SpaceX has been bringing the cost of rocketry down. There's also been political pressure to use wholly-American components, something else that SpaceX can be smug about when it goes looking for deals. If, however, the deal goes through, and the early signs are positive, then these smaller private spaceflight companies might find themselves left on the doorstep.

In this article: AerojetRocketdyne, AirForce, Boeing, NASA, Pentagon, PrivateSpaceflight, SpaceX, ULA, UnitedLaunchAlliance
All products recommended by Engadget are selected by our editorial team, independent of our parent company. Some of our stories include affiliate links. If you buy something through one of these links, we may earn an affiliate commission.