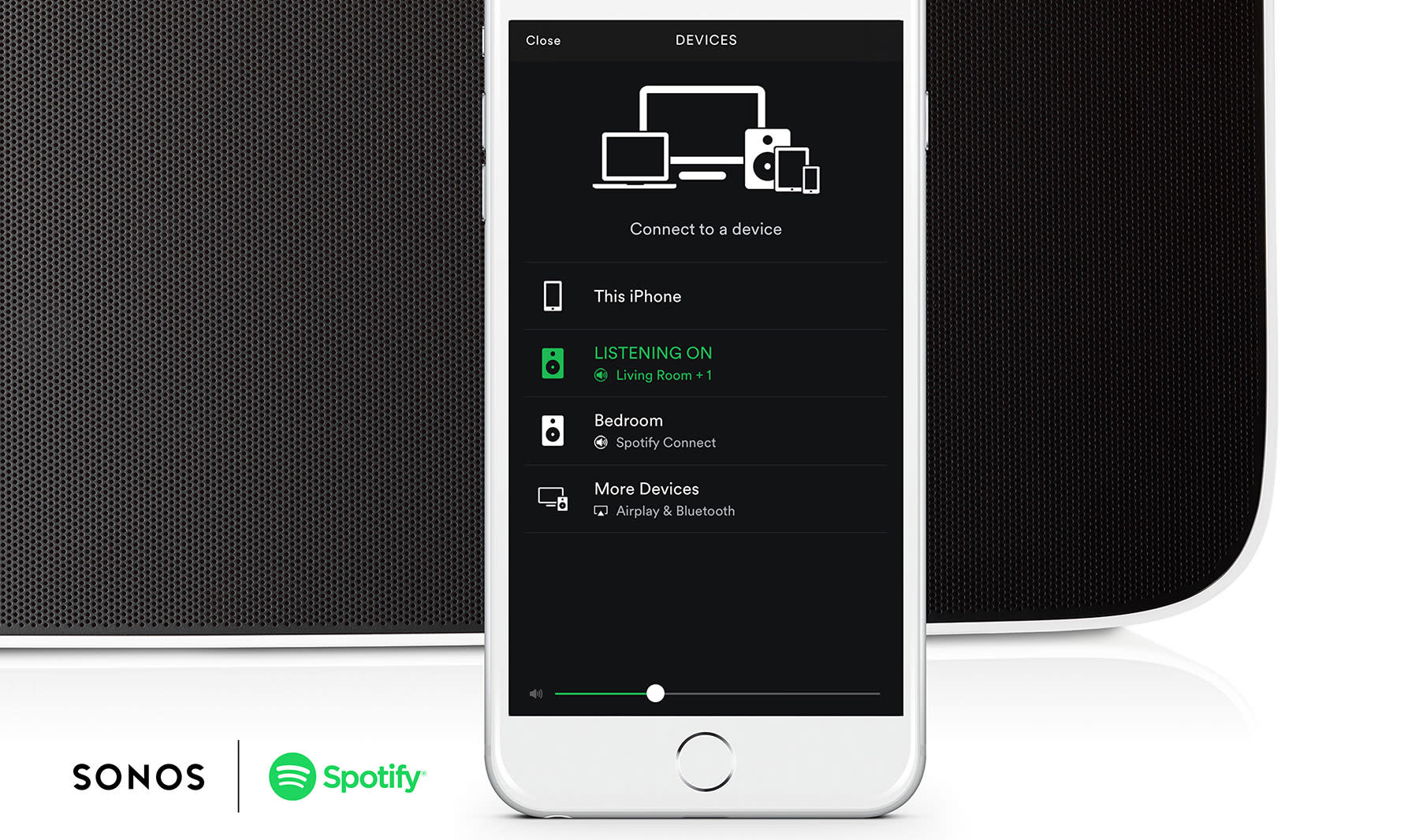 Sonos announced back in August that it would allow Spotify users to control their music through the streaming service's app instead of having to use its own software. The feature rolled out to members of the speaker company's beta trial in early November, but now it's available to all. If you're a Spotify Premium subscriber, you don't have to use the Sonos Controller app to play tunes. Spotify Connect will allow you to select your Sonos gear from the Devices menu.

I've been using the direct play tool for several weeks now as part of the beta and it makes a huge difference in the overall Sonos experience. The Sonos Controller app works just fine, but being able to stay inside the Spotify interface that I use multiple times a day is a massive improvement. If you're worried you won't be able to group speakers you have in separate rooms, don't fret: that feature is available in Spotify, too. Any connected Sonos gear you have shows up in the Devices menu so you can jump from speakers to headphones with a tap. And yes, the Spotify Connect integration is available on both desktop and mobile.

You also don't have to worry about replacing the queue or choosing "Play Now" when you want to jump to another album or playlist. Just tap a song like you would while in your car or on your computer and it starts playing. When friends come over, they'll be able to play songs directly through the Spotify app as well. Trust me, if you're a Spotify user and a Sonos owner, the ability to play songs directly though the latter's app will be a welcome change.

In this article: audio, av, gear, music, musicstreaming, services, sonos, speakers, spotify, spotifyconnect, streaming
All products recommended by Engadget are selected by our editorial team, independent of our parent company. Some of our stories include affiliate links. If you buy something through one of these links, we may earn an affiliate commission.