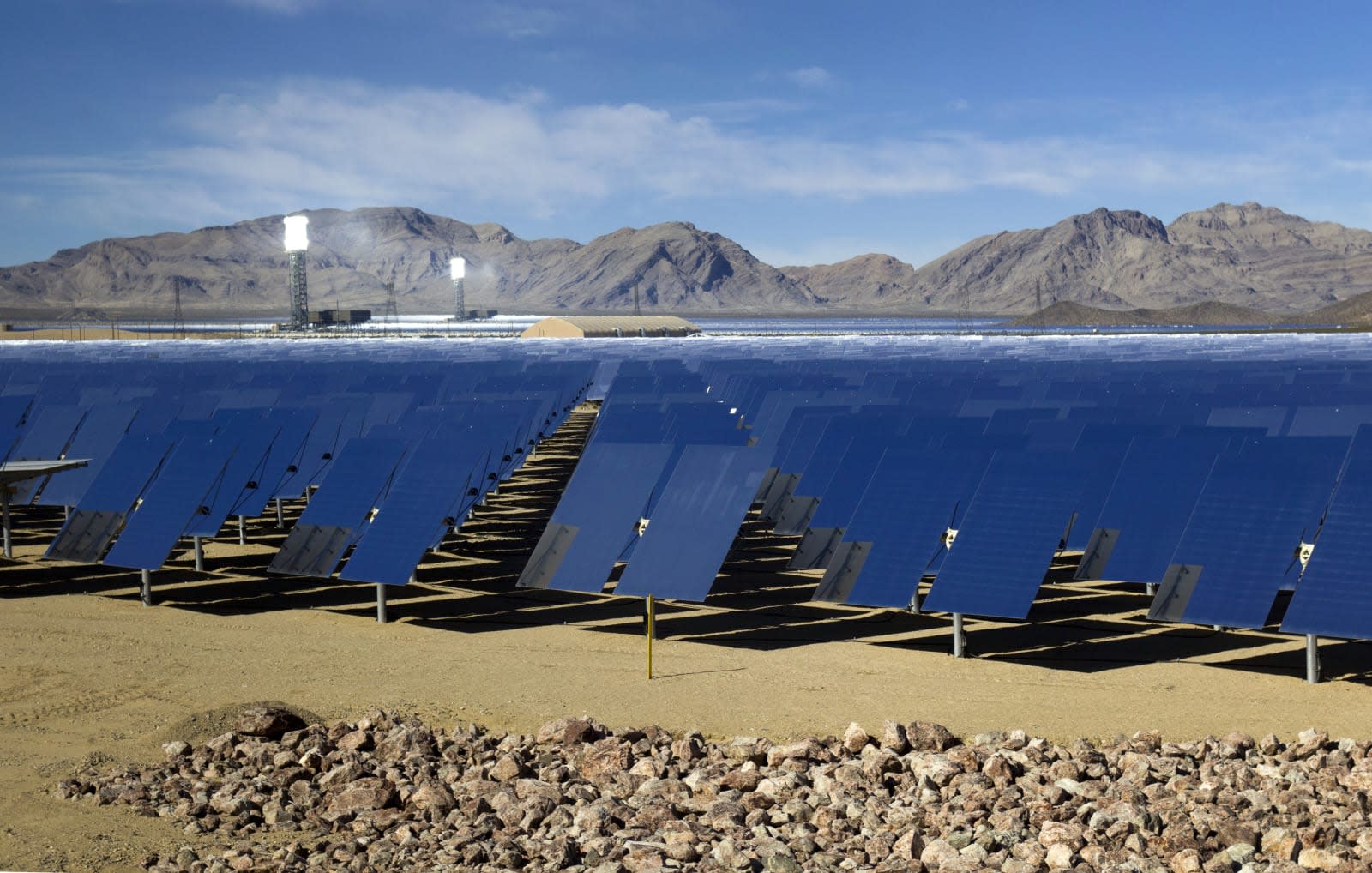 Google has made it a point to run as much of its business on renewable energy as possible, and it looks like the company is close to reaching its ultimate goal. The internet pioneer now expects that all of its offices and data centers will be relying on purchased solar or wind power by some point in 2017. This isn't the same as directly powering facilities with eco-friendly energy (logistics and the nature of electrical grids makes that difficult), but it does mean that Google is funding enough projects to offset its massive power demands -- 5.7 terawatt-hours in 2015.

To help mark the milestone, Google is also increasing the transparency of its green energy plans. It's publishing an Environmental Report that outlines how well it's doing, and it's running a dedicated environment website that showcases its efforts to reduce energy use and otherwise protect Earth. Also, this doesn't mean that Google is resting on its laurels. It's broadening its purchases to make sure that renewable power is available every hour of every day, and it plans to shift more of its attention to buying energy in the regions where it operates.

The plan scores environmental and marketing points, of course, but Google also believes it makes financial sense. The costs of solar and wind power are falling dramatically, and their prices are much more stable than carbon-based sources like coal. If Google can both lower the overall price of energy and reliably predict the costs of running a given facility, it stands to both save money and eliminate anxiety over price surges. And the company is quick to emphasize that it wants the whole planet to run on clean energy. While it isn't alone in spurring the use of renewable energy (Apple has been a prominent advocate of green power, for example), its efforts could go a long way toward making the technology accessible in places where it just wasn't an option before.

In this article: culture, energy, environment, gear, google, green, internet, renewableenergy, solar, solarpower, wind, windpower
All products recommended by Engadget are selected by our editorial team, independent of our parent company. Some of our stories include affiliate links. If you buy something through one of these links, we may earn an affiliate commission.