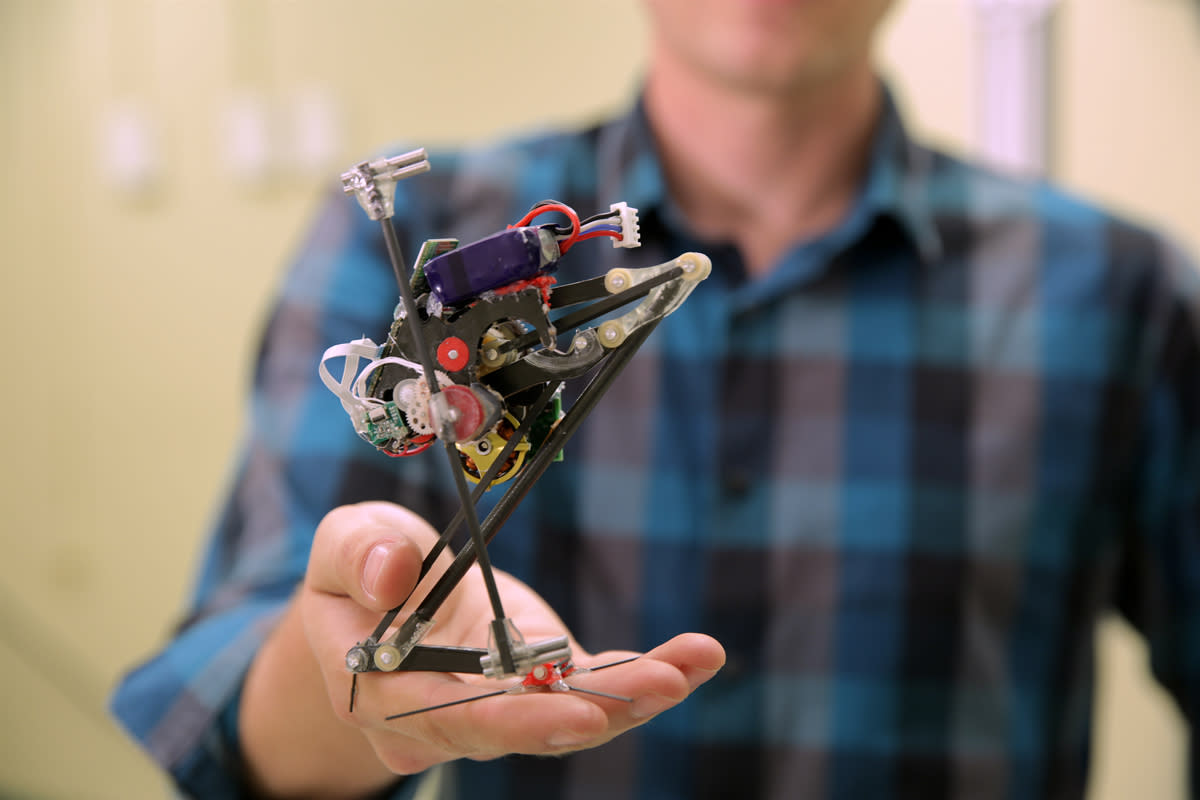 Meet SALTO: a powerful new wall-jumping robot built by researchers at UC Berkeley. According to SALTO's makers, the diminutive, one-legged hopper not only has the "highest robotic vertical jumping agility ever recorded," but also the ability to link together multiple jumps in quick succession.

SALTO stands for saltatorial locomotion on terrain obstacles, and the motion of the mechanical jumping leg was modeled after galagos -- small jumping primates native to Africa that have stretchy tendons in their legs that allow them to store energy and jump with more force than if they only used their leg muscles alone. The galago is so agile not only because it can make a big leap, but also because it can essentially wind up its legs into a crouched position in mid-flight and immediately leap again upon landing. So, as soon as SALTO jumps, it is already set to jump again, which allows for what designer Duncan Haldane compared to a sort of robotic parkour:

At just 100 grams and 26 centimeters (10.2 inches) tall when fully extended, SALTO can jump a little bit more than one meter (3.3 feet) high in a single leap. Adding a second jump gets the robot up to about 1.21 meters (3.97 feet) high and while other robotic jumpers like UC Berkeley's own JumpRoACH can get higher, they still need a moment to power up before jumping again. According to Haldane, that ability to string together quick movements would make SALTO a useful tool in urban search and rescue environments where uneven terrain and obstacles could become stepping stones. But if they ever put SALTO legs on an Atlas robot, then we'll start to worry.

In this article: JumpingRobot, robots, salto, science, UcBerkeley
All products recommended by Engadget are selected by our editorial team, independent of our parent company. Some of our stories include affiliate links. If you buy something through one of these links, we may earn an affiliate commission.