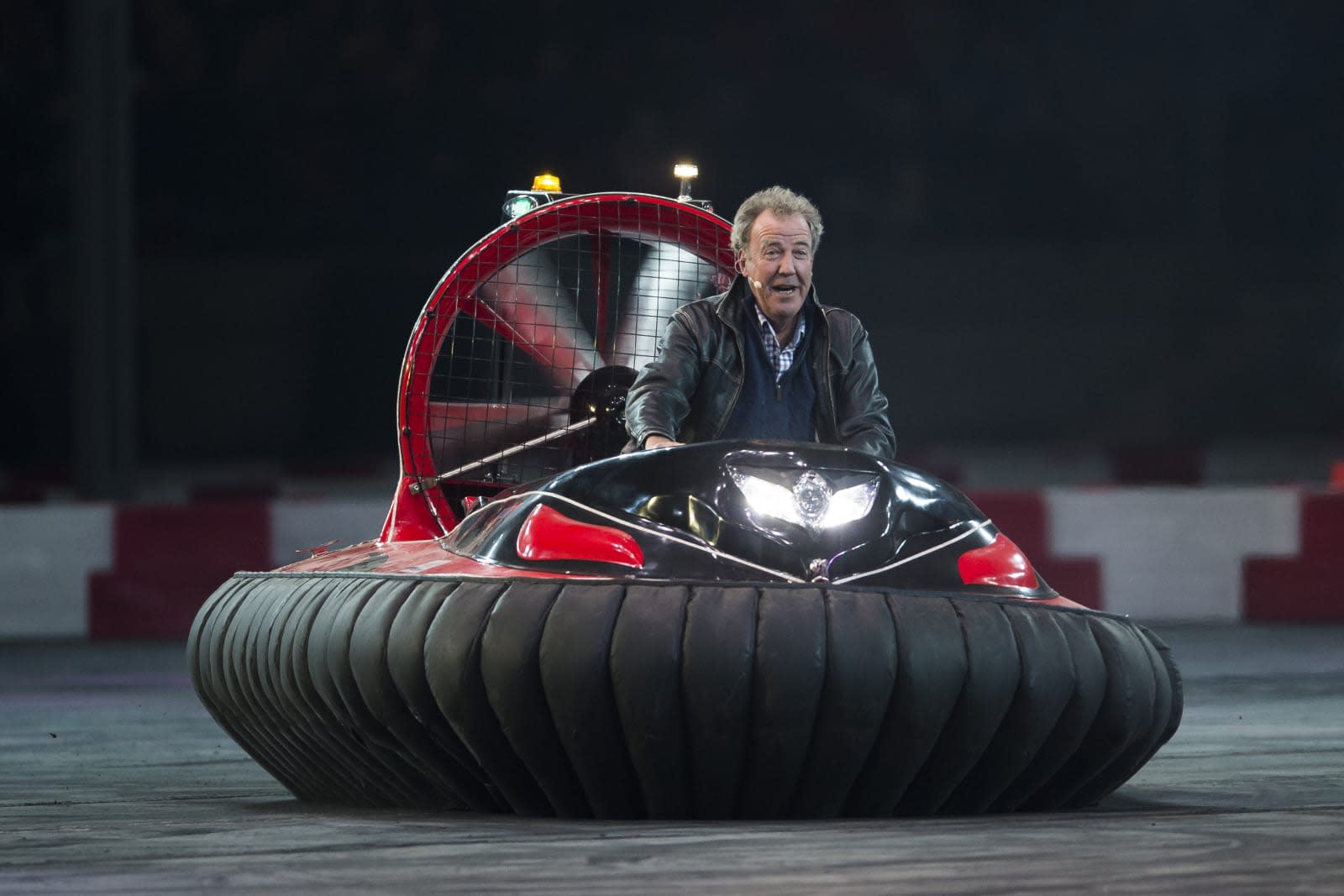 Amazon's The Grand Tour, a reboot of the BBC's hit show Top Gear, has been an unmitigated success, with fans with its first episode alone garnering "millions" of views. It's also a hit with pirates who, instead of paying the annual $100 fee for Amazon Prime, have downloaded the first three episodes at unprecedented rates.

According to data from industry analyst Muso, and published by The Daily Mail on Sunday, pirates illegally downloaded the first episode 7.9 million times, the second episode 6.4 million times and the third 4.6 million times. A lion's share of the downloads (13.7 percent of the total) originated in Britain. Muso figures that Amazon lost £3.2 million on the first episode alone. "It is the most illegally downloaded program ever," Chris Elkins, Muso chief commercial officer, told The Guardian. "It is off the scale in terms of volume. It has overtaken every big show, including Game of Thrones, for the totals across different platforms."

Interestingly, while Amazon has seen its subscriber base grow by more than 19 million this year -- to a total of 63 million worldwide -- only 2 million of those people live in the UK. That means nearly five times as many people stole the content (the first episode at least) rather than pay for it. And given that Amazon paid $160 million for the show as a means of boosting its British subscriber base, those numbers are worrisome. Still, it is vastly outperforming the garbage replacement starring Matt LeBlanc and Chris Evans that BBC has been trying to peddle. Top Gear 2.0 saw its ratings nosedive and Evans quit as host just hours after the first season finale.

Update (12/12/2016): Muso contacted Variety to clarify that the data did not say that The Grand Tour was the most pirated show ever, but rather the most pirated British TV program as well as the most pirated first-year series (as of the first three episodes). Another research firm, Tecxipio, also found that while episodes of The Grand Tour were shared via peer-to-peer networks 1.92 million times between November 18th and December 11th, that number is dwarfed by established programs like The Walking Dead, which was illegally downloaded 9.87 million times in that same period.

In this article: Amazon, amazonprime, BBC, Chris Evans, download, entertainment, Grand Tour, internet, Matt LeBlanc, Muso, peertopeer, piracy, The Guardian, The Mail on Sunday, Top Gear, United Kingdom
All products recommended by Engadget are selected by our editorial team, independent of our parent company. Some of our stories include affiliate links. If you buy something through one of these links, we may earn an affiliate commission.