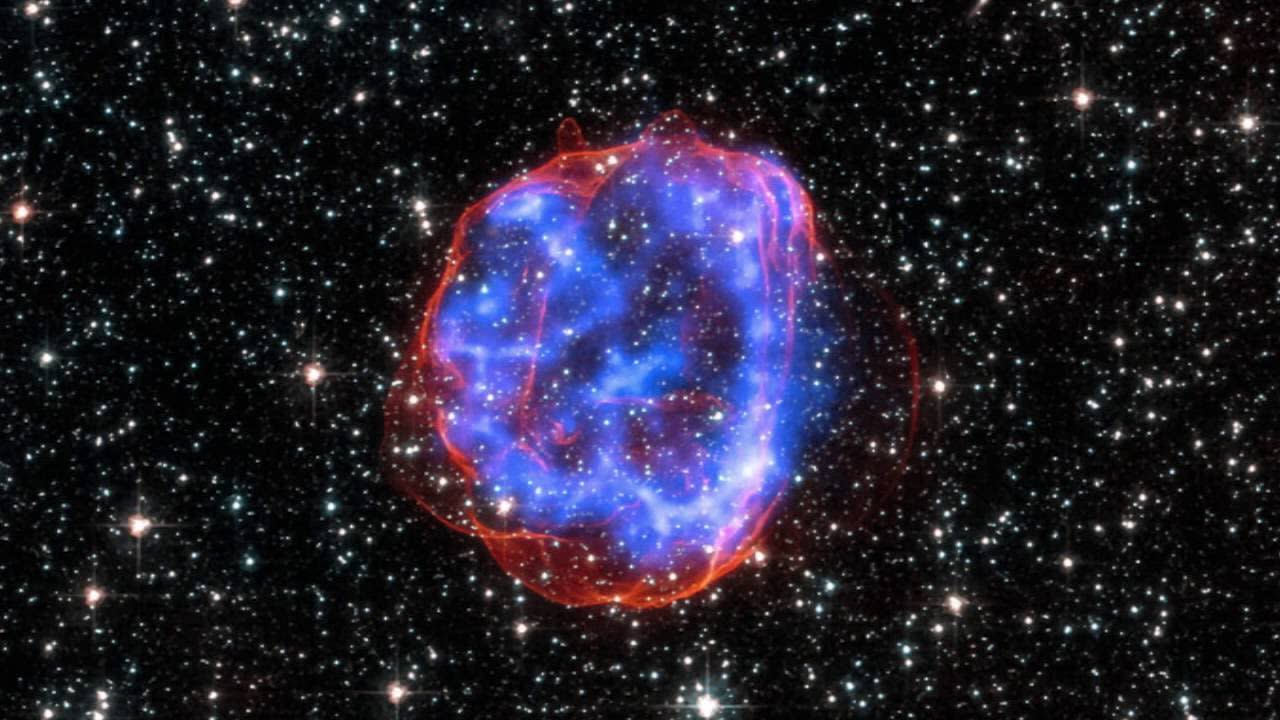 3.8 billion years ago, a star in the southern sky exploded and released 570 billion times more light than our sun and more than twice as much as any other recorded supernova. That star, dubbed ASASSN-15lh, is the brightest supernovae ever observed and, a year after witnessing its superluminescence in 2015, astronomers believe that they've figured out why it burned so brightly: It was being eaten by a supermassive black hole a billion times more massive than the sun.

In fact, ASASSN-15lh was so bright that researchers have begun to question whether it constitutes a superluminous supernova in the conventional sense. For one, the explosion occurred in a reddish galaxy where these sorts of phenomena don't generally happen, according to lead study author and astrophysicist at the Weizmann Institute of Science, Giorgos Leloudas. What's more, follow-up observations revealed that the supernova wasn't really behaving like one. Supernovas typically cool and expand after they explode. ASASSN-15lh actually got hotter. Plus, the star was located near the center of its galaxy. You know what else is typically found in the center of galaxies? Bingo, supermassive black holes.

This suggests that ASASSN-15lh wasn't a massive star that collapsed as it ran out of fuel, but rather, a smaller star that was literally ripped apart by the black hole -- an event known as a tidal disruption event. Only 10 of these events have ever been observed. "Tidal disruption events," such as these, Leloudas told Scientific American, "show a much larger diversity than what we knew before, and that they can reach extreme luminosities." The team cannot currently say for certain that this is what became of ASASSN-15lh, but, like a cosmological Magic 8 Ball, signs point to "yes".

In this article: astronomy, astrophysics, blackhole, science, Scientific American, space, supernova, Weizmann Institute of Science
All products recommended by Engadget are selected by our editorial team, independent of our parent company. Some of our stories include affiliate links. If you buy something through one of these links, we may earn an affiliate commission.