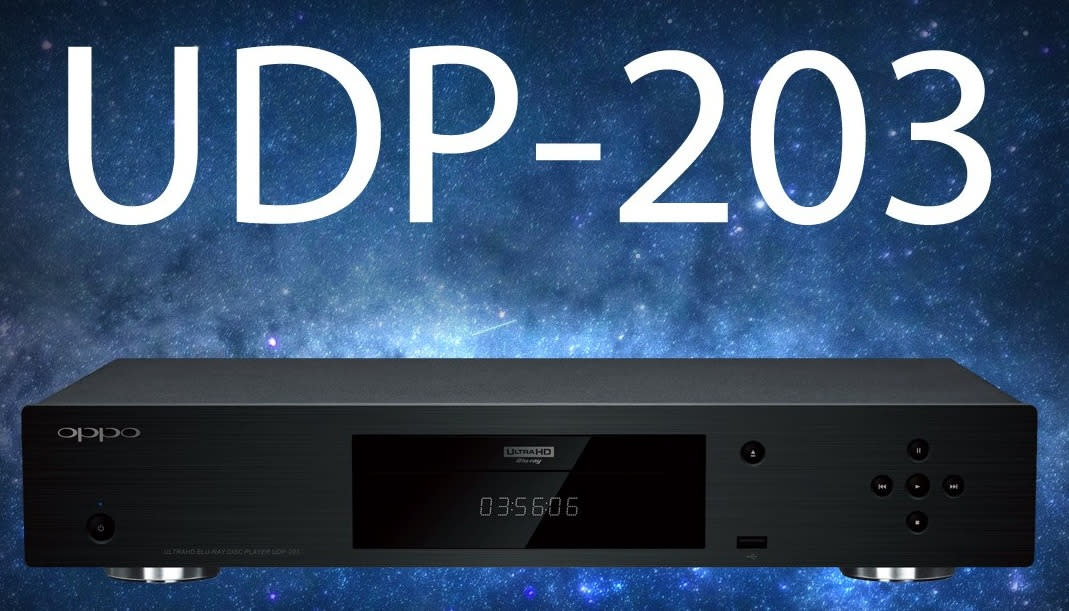 Add one more Ultra HD Blu-ray player to the list, now that Oppo is ready to release its UDP-203. While the $550 deck doesn't include any 4K streaming apps like Netflix, Amazon or Vudu, it's all about high-end disc playback. It's also able to play Blu-ray, Blu-ray 3D, DVD, DVD Audio, Super Audio CD and CD, if you just can't let physical media go. There are two HDMI outputs (in case your receiver isn't able to pass through 4K/HDR video) and one input.

Beyond support for current audio codecs (including bitstreaming for Dolby Atmos and DTS: X surround sound), Oppo is promising an "early 2017" firmware update to support Dolby Vision HDR. We haven't seen movies released in that format yet, but if/when we do, it could provide even more detail than the HDR-10 format that this and other UHD players are mandated to support.

Of course, there are other options like the now-Atmos-ready Xbox One, as well as standalone decks from Panasonic, Philips and Samsung, while Sony's first high-end player is due next year. Oppo is also planning another version of this player called the UDP-205, with a few tweaks intended for audiophiles. The first slate of preorders for the UDP-203 are already filled up, but the company says it expects to reopen them on December 16th.

In this article: 4K, av, DolbyVision, entertainment, gear, HDR, HDR-10, Oppo, player, UDP-203, UltraHD, UltraHDBlu-ray
All products recommended by Engadget are selected by our editorial team, independent of our parent company. Some of our stories include affiliate links. If you buy something through one of these links, we may earn an affiliate commission.