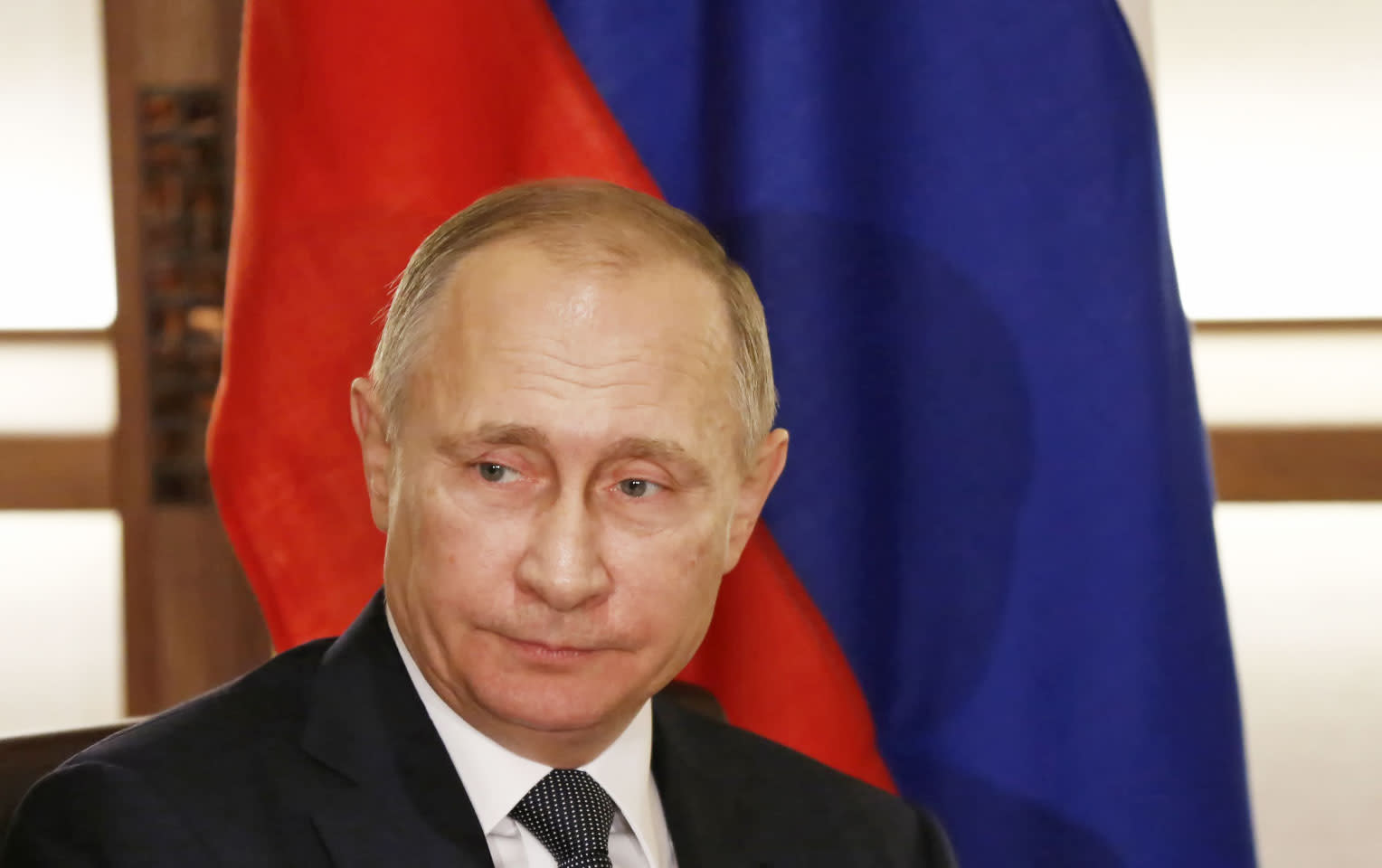 Russian president Vladimir Putin personally oversaw the cyber attacks on the United States' political infrastructure this year, White House press secretary Josh Earnest said today in a press conference attended by the AP. This follows yesterday's report from NBC News claiming US intelligence officials had evidence that Putin was involved in the hacks. The White House has not offered evidence for its claims, though intelligence officials first revealed Russia's involvement in the cyber attacks in October.

In that October report, the US Intelligence Community found that "only Russia's senior-most officials could have authorized these activities." Today, Earnest said that line wasn't meant to be subtle, the AP reports.

"It's pretty obvious," he said.

US intelligence agencies recently concluded that Russia acted with the intent to help Donald Trump win the election over his Democratic rival, Hillary Clinton. Thousands of documents and emails were stolen from Clinton staffers and the Democratic National Committee, and leaked at crucial moments of the campaign. Intelligence officials also have high confidence that the Republican National Committee was hacked, though that information was never leaked.

The Kremlin has denied its involvement in the cyber attacks. President-elect Trump has also brushed off accusations of Russian hacking and has been outwardly dismissive of the larger US intelligence community. At today's press conference, the AP reports that Earnest said it's "obvious" Trump was aware of Russia's attempts to influence the election.

In this article: BarackObama, culture, DonaldTrump, election2016, hack, hacking, obama, politics, putin, security, trump, VladimirPutin
All products recommended by Engadget are selected by our editorial team, independent of our parent company. Some of our stories include affiliate links. If you buy something through one of these links, we may earn an affiliate commission.