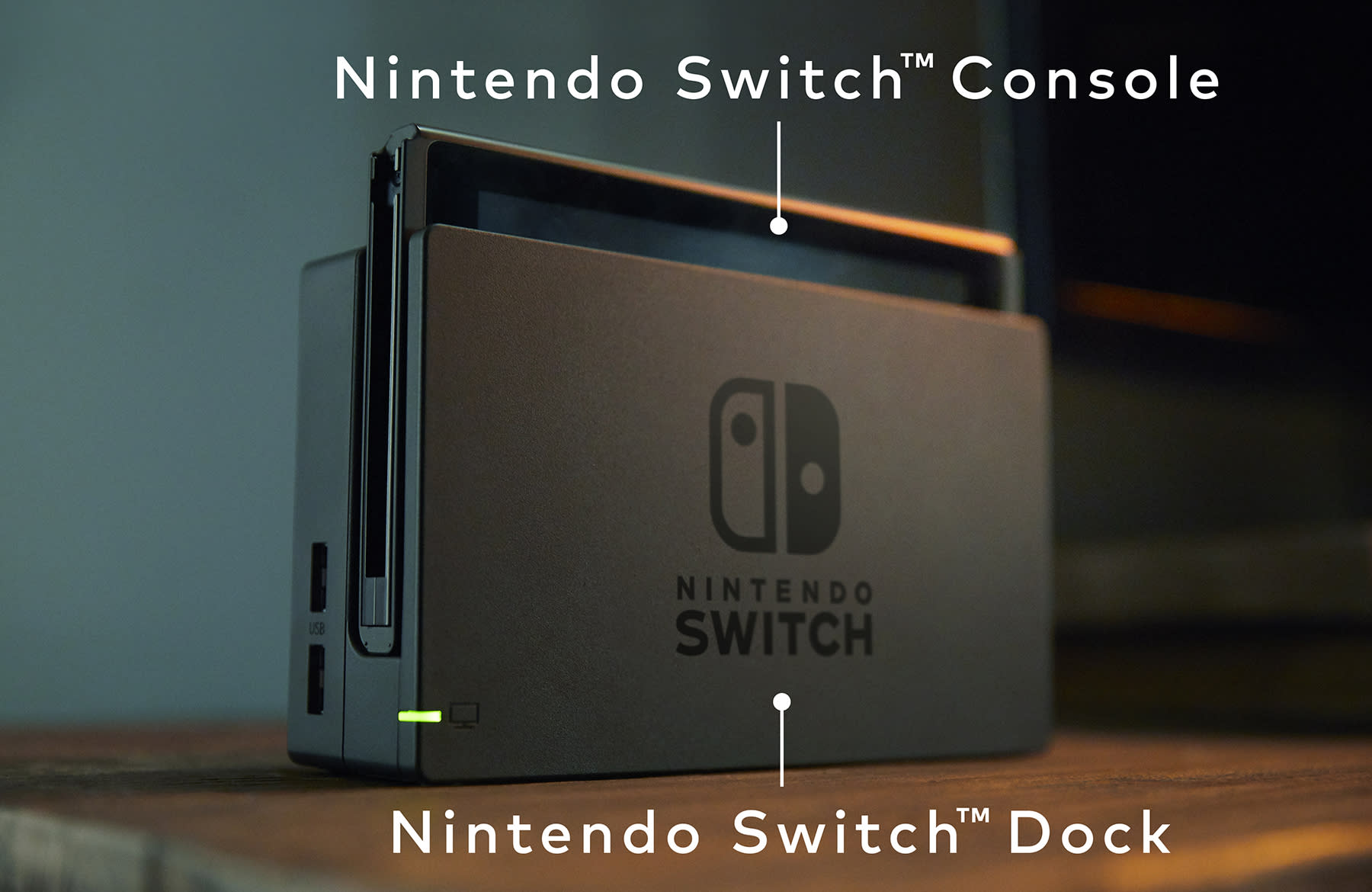 Just how powerful is Nintendo's next game console? We won't know for sure until January, but if the latest report from Eurogamer pans out, the answer could be kind of complicated. According to specifications provided to developers, the Nintendo Switch performance changes depending on how you use it: in its docked, TV-mode or as a gaming portable.

Specifically, sources familiar with the system have revealed two different graphic processor specifications for the final Nintendo Switch hardware -- an undocked portable profile that clocks the NVIDIA Tegra GPU at 307.2MHz and a docked, TV-based profile that more than doubles it to 768MHz. Doing some rough calculations using the Tegra X1 chip the Switch's silicon is said to be based off of, we can guess the console can push around 400 gigaflops on FP32 while docked. Yes, that's a lot of numbers, but don't worry about the math too much. The long and short of it is that the latest numbers show that the Nintendo Switch will definitely outpace the Wii U -- but it's still a few hundred (or thousand) gigaflops shy of its competitors.

That said, nobody really expected the next Nintendo to keep place with the Xbox One or PlayStation 4. Nintendo dropped out of the race to the top years ago, and hasn't made a move to be the 'most powerful' game console in over a decade. That doesn't seem to be changing with the Nintendo Switch.

In this article: av, games, gaming, gigaflops, gpu, nintendo, nintendoswitch, nvidia, processors, switch, tegra, tegrax1, videogames
All products recommended by Engadget are selected by our editorial team, independent of our parent company. Some of our stories include affiliate links. If you buy something through one of these links, we may earn an affiliate commission.