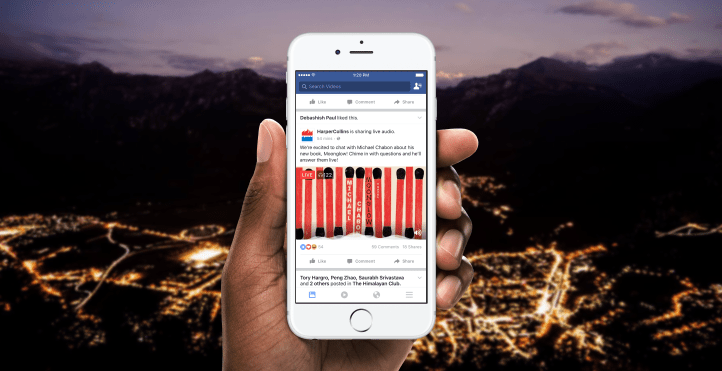 Facebook spent much of 2016 tricking out its Live video broadcasting feature, most recently opening it up to footage shot with 360-degree cameras. But it seems they've been busy bringing another streaming option to professional organizations and amateur users alike. Today, the social titan is launching Live Audio for a select group of publishers, with plans to open it up to everyone next year.

The sound-only service could bring content like podcasts into News Feeds just like Live does for video. As Facebook's announcement post points out, this could be useful for folks in low-connectivity areas to broadcast more data-efficient media. Should their signal get low, hosts could theoretically switch to audio for a seamless stream.

Currently, Android users can keep listening to a Live Audio broadcast while using other services, while iOS users must stay within Facebook's app to continue hearing it. The social platform plans to open the service up to other publishers and users next year, though it didn't specify the rate it would be expanding broadcasting privileges.

In this article: entertainment, facebook, facebooklive, FacebookLiveAudio, internet, InternetRadio, live, podcast, radio, streaming
All products recommended by Engadget are selected by our editorial team, independent of our parent company. Some of our stories include affiliate links. If you buy something through one of these links, we may earn an affiliate commission.