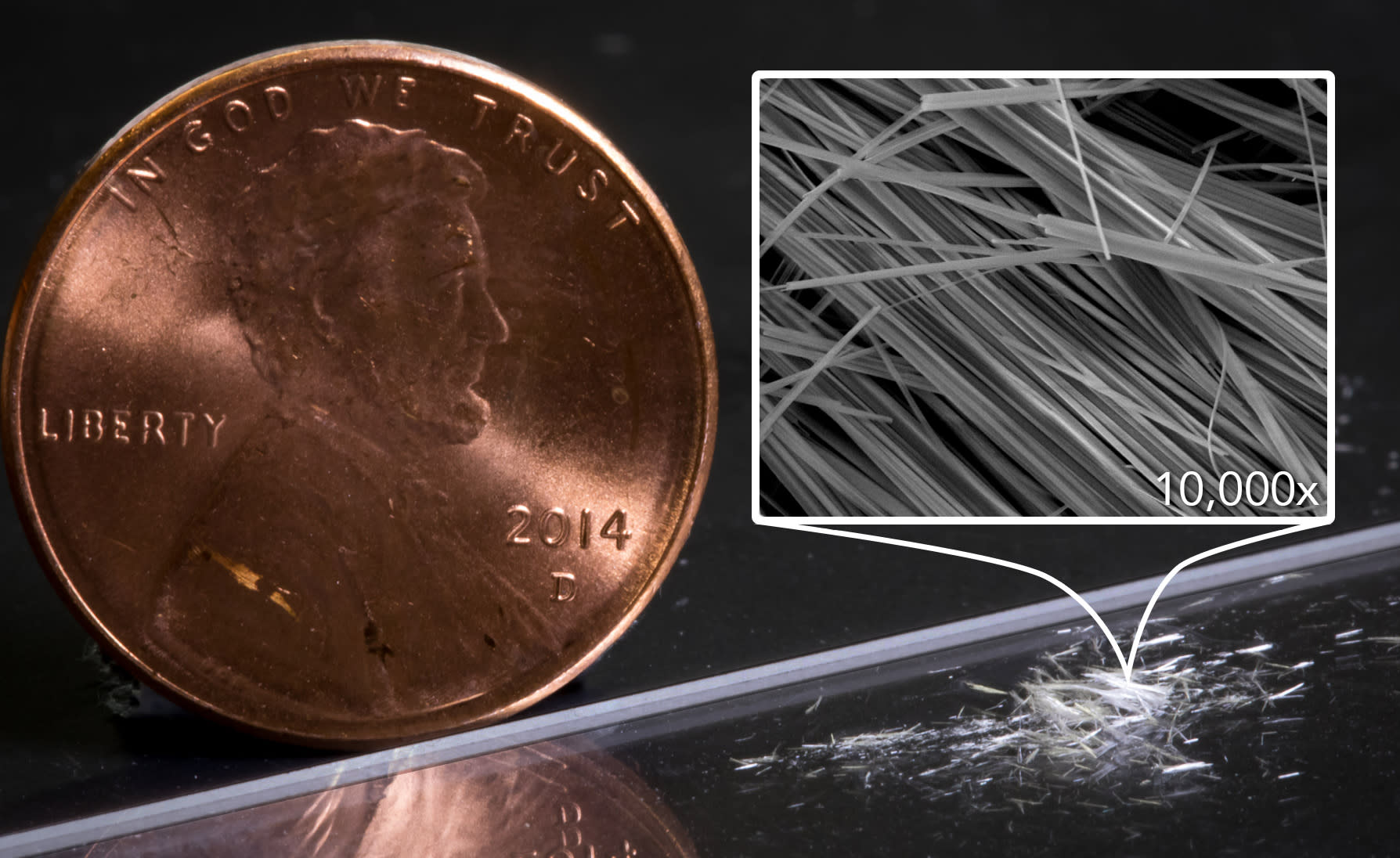 Scientists at Stanford University and the Department of Energy have developed a way to make incredibly thin wires with extraordinary properties. Using diamondoids -- the smallest possible pieces of diamond -- the researchers have been able to build electrical wires that measure just three atoms wide. Thanks to their microscopic size, these remarkably thin wires have the potential to be used to make fabric that conducts electricity without energy loss.

The wires practically assemble themselves through a Lego-inspired building method. The process starts with attaching a sulfur atom to the diamondoids. Once put into a solution, each sulfur atom bonds with a copper ion, creating the nanowire 'building block' that draws the Lego comparisons. Thanks to the attraction between the diamondoids, the building blocks snap together to create a wire.

The best part? This complex-sounding process is actually surprisingly quick, creating a super-wire in only half an hour. After spending more than I'd care to admit on Star Wars Lego over the years, it's good to know that even atomic researchers can learn things from toys.

The new method of assembly has other benefits too. The attractive properties of diamondoids allow scientists to build the tiny wires with pinpoint precision. Scientists can essentially construct the wire atom-by-atom, ensuring that the end result has properties that simply wouldn't be possible otherwise. "Much like Lego blocks, they only fit together in certain ways that are determined by their size and shape," explains Stanford graduate student Fei Hua Li, one of the key researchers responsible for synthesizing the wires. "The copper and sulfur atoms of each building block wound up in the middle, forming the conductive core of the wire, and the bulkier diamondoids wound up on the outside, forming the insulating shell."

Although research is still in the early stages, it's impressive stuff, and could lead to the creation of brand new materials with electrical properties. With wires that can conduct electricity without loss, this research could usher in a new era of electrical efficiency, as well as opening the door to clothing with badass electrical properties. That flashing LED jacket you always wanted? Thanks to this wonderful world we live in, that questionably stylish dream could soon become reality.

In this article: atom, electricity, LEGO, research, science, services, stanford
All products recommended by Engadget are selected by our editorial team, independent of our parent company. Some of our stories include affiliate links. If you buy something through one of these links, we may earn an affiliate commission.