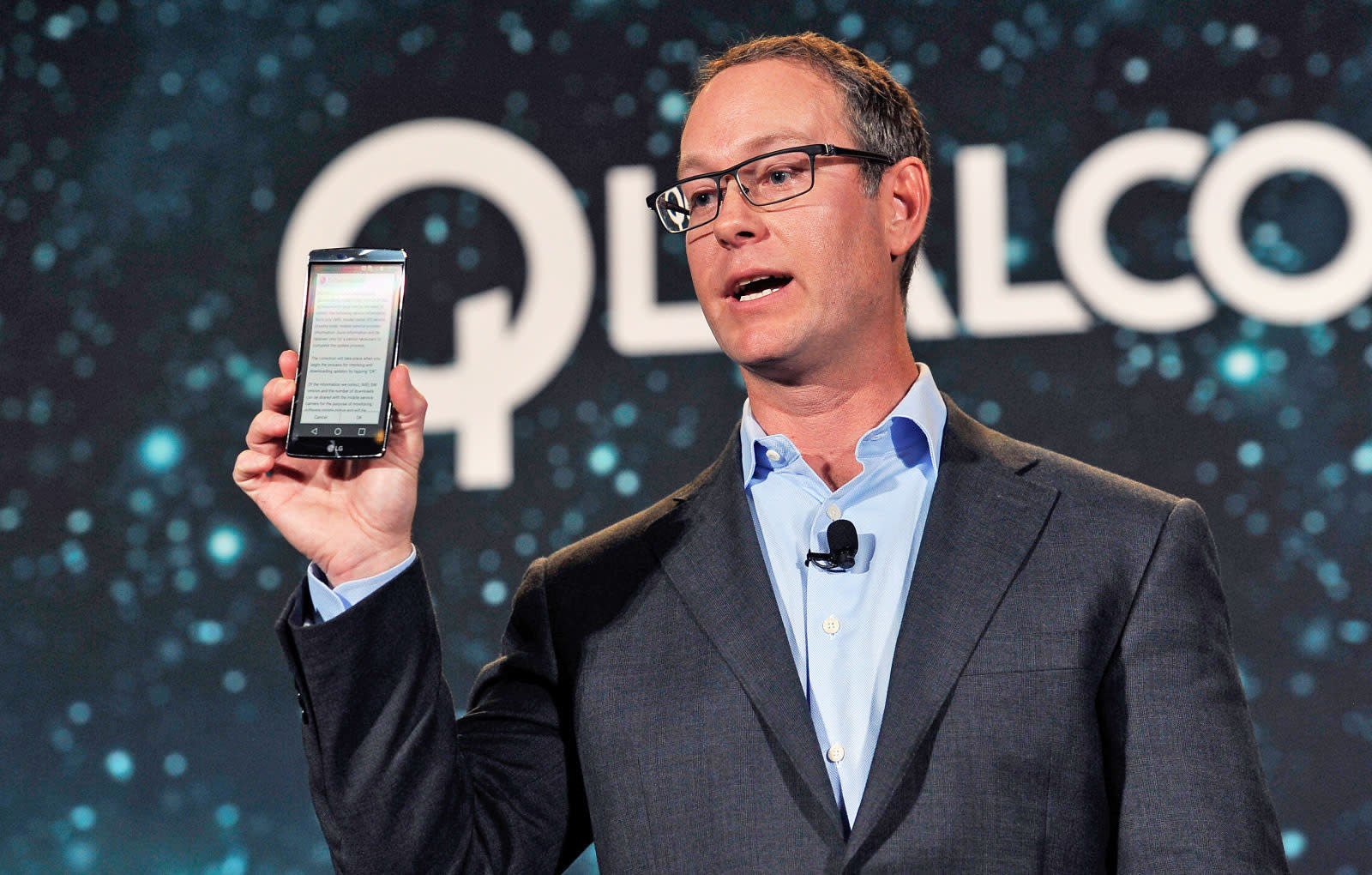 Qualcomm might have to pay a hefty anti-trust fine in South Korea. The Korea Fair Trade Commission (KFTC) has slapped Snapdragon's creator with a 1.03 trillion won ($854 million) fine for unfair patent licensing practices. According to Reuters, the KFTC came to its decision after determining that the company took advantage of its dominant market position to force phonemakers to pay royalties "for an unnecessarily broad set of patents." Further, it gave rival chipmakers limited access to its patents, which hindered fair competition.

Apparently, 30 percent of the $25 billion revenue the chipmaker made last year came from patent-licensing deals. The KFTC believes this ruling will help "correct a business model that allowed Qualcomm to maintain and extend its dominance." Qualcomm "strongly disagrees" with the anti-trust regulator's decision (of course_ and plans to appeal to the Seoul High Court.

This is definitely not the first time Qualcomm has faced such a huge fine for its patent licensing practices. Back in 2015, the company had to pay $975 million in China after regulators in the country conducted a similar anti-monopoly investigation. The company is also under investigation in Taiwan and the United States for the same thing.

In this article: antitrust, business, gear, korea, qualcomm
All products recommended by Engadget are selected by our editorial team, independent of our parent company. Some of our stories include affiliate links. If you buy something through one of these links, we may earn an affiliate commission.