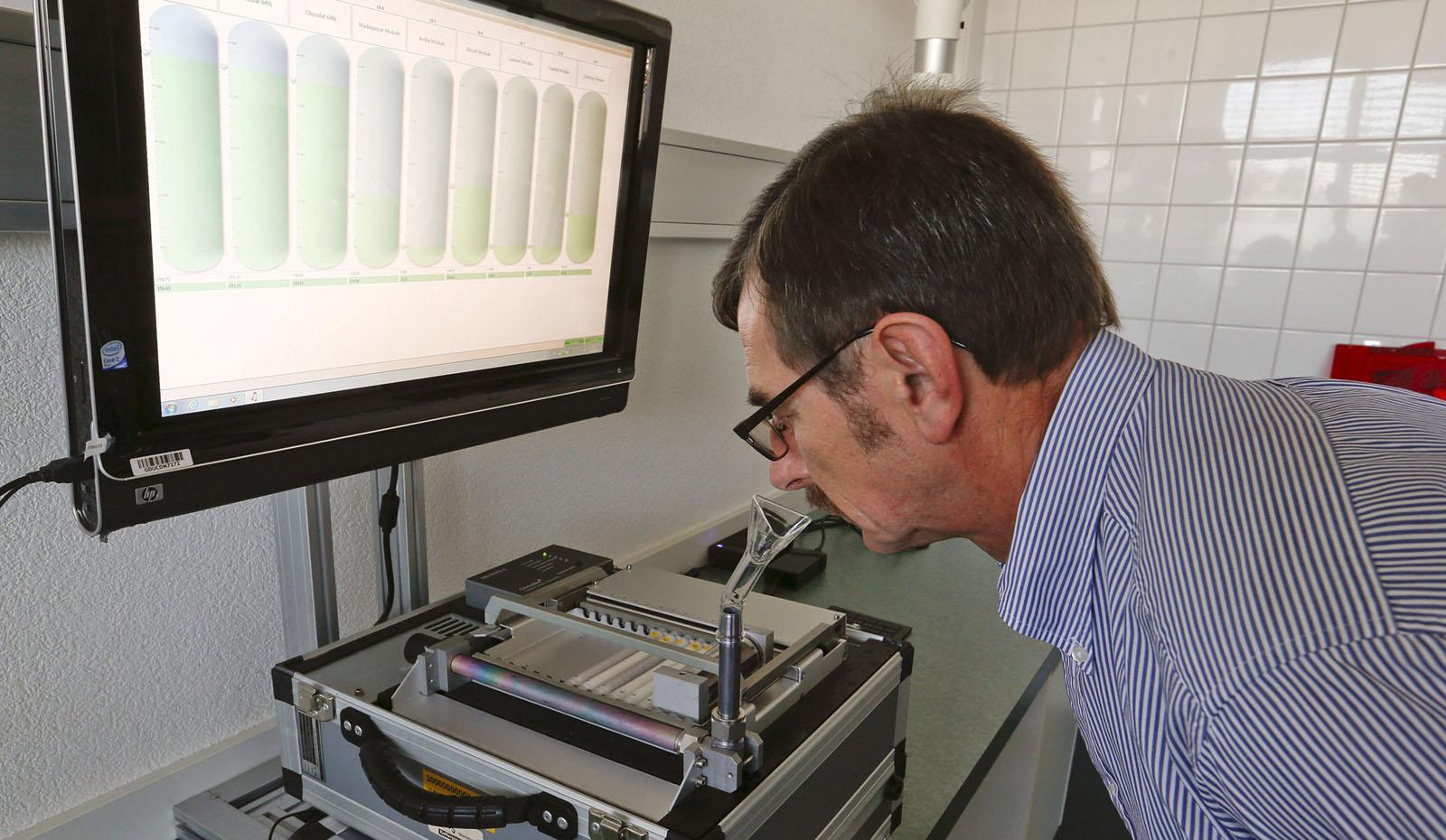 Ancient Greek physicians figured that our breath was a strong health indicator, but researchers from the Israel Institute of Technology have proven just how true that is. They developed a device that uses nanoparticles to identify 17 different diseases, including lung cancer and Parkinson's disease, from just a single breath. While the machine isn't accurate enough yet for real-life clinical diagnoses, it shows high promise as a quick, non-invasive test that could catch diseases in their early stages

The team tested breath samples from more than 1,400 patients and identified 13 chemicals found in eight types of cancers, Crohn's disease, Parkinson's disease, pulmonary hypertension and other diseases. Each of those volatile organic compounds is present in varying amounts, forming a distinctive "fingerprint" for each ailment. "These odor signatures are what enables us to identify the diseases using the technology that we developed," says research lead Prof. Hossam Haick.

To pick up the presence and ratio of the chemicals, the team built an "artificially intelligent nanoarray" called the Na-Nose. It uses specific sensors, like one made from gold nanoparticles and another that uses a network of carbon nanotubes, to sense the different compounds. The data is then analyzed by an artificial intelligence system, which takes into account age, gender and other factors, picking out the right affliction 86 percent of the time.

That's not enough accuracy for clinical diagnosis, but it could eventually be used as a routine test to catch diseases in their early phases when they're much more treatable. "For example, in the case of lung cancer we can increase the survival rate from 10 to 70 percent by early diagnosis," Haick said in a video (above). It could even be used to identify people who aren't sick yet, but have a higher risk than others for certain conditions. Moreover, Haick adds, "it is available without the need for invasive and unpleasant procedures, it's not dangerous, and you can sample it again and again if necessary."

In this article: AI, Breathalizer, BreathTest, Cancer, Disease, medicine, Nanoparticles, science, VolatileCompounds
All products recommended by Engadget are selected by our editorial team, independent of our parent company. Some of our stories include affiliate links. If you buy something through one of these links, we may earn an affiliate commission.