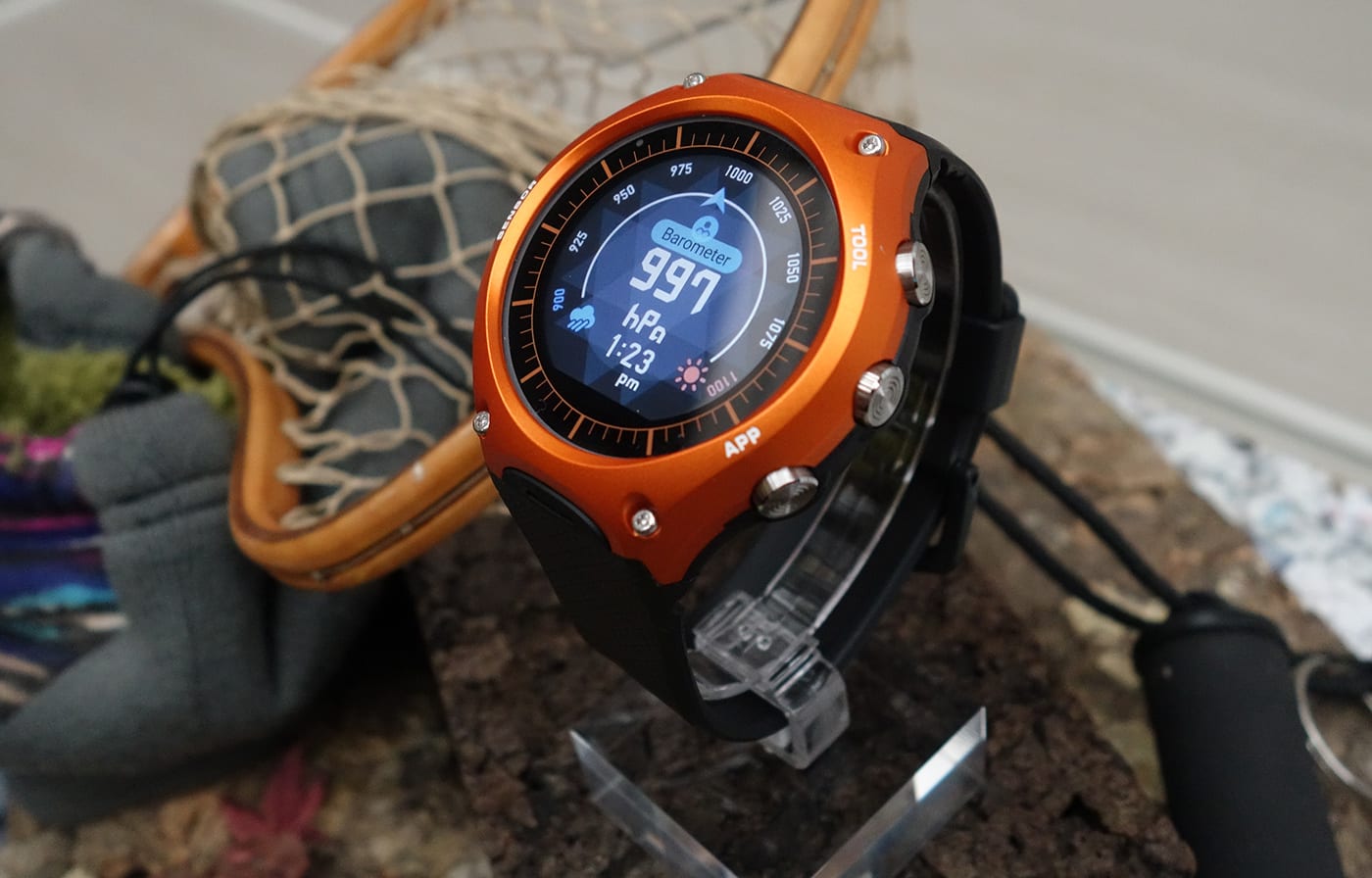 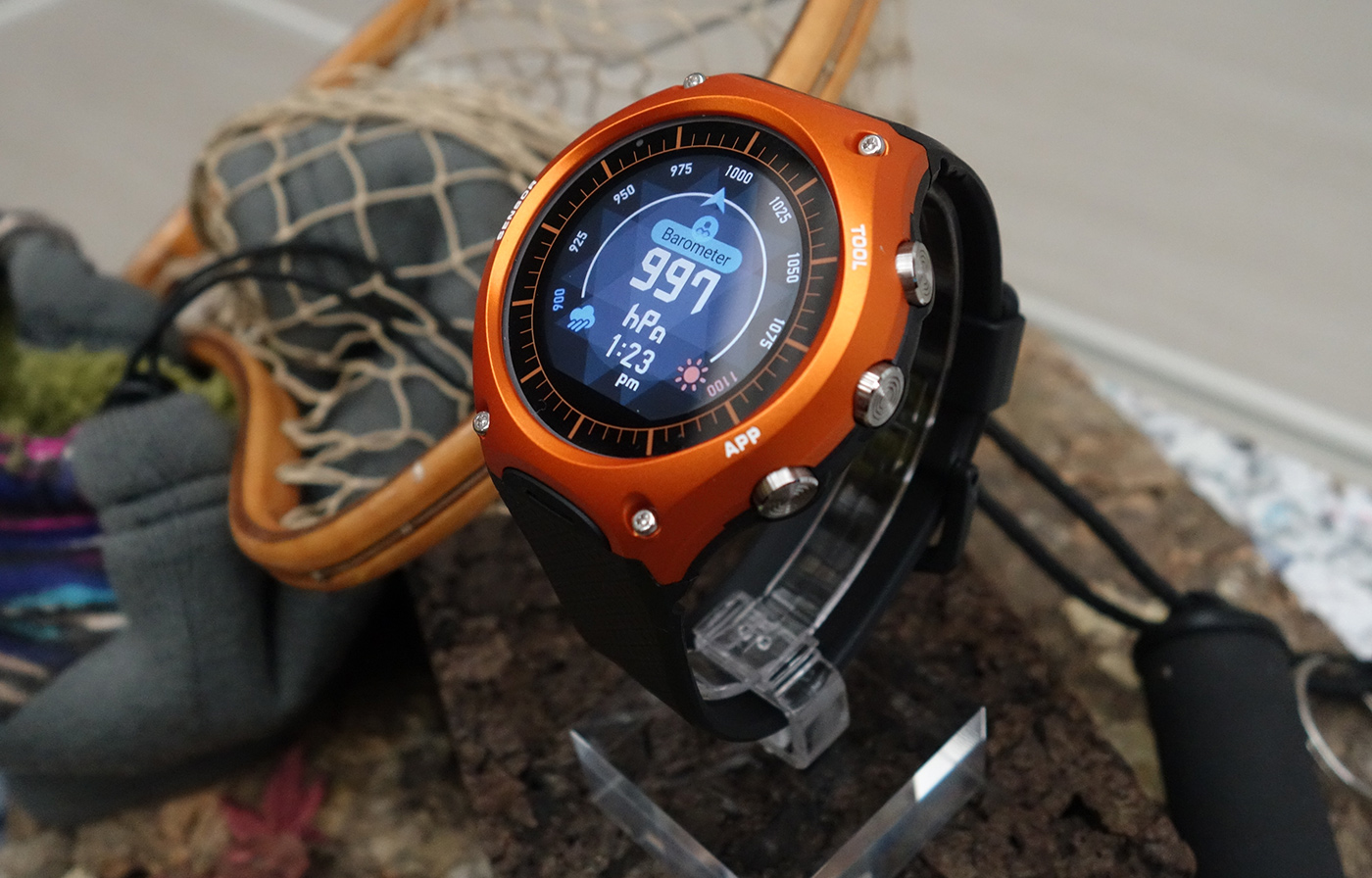 Phone makers and start-ups were the first to attempt the modern smartwatch. Then, even more tech companies as well as a trickle of high-end watch makers, testing the water to see if their clientele were in the market for a wrist piece with something more modern than literal clockwork. Now, at a time where cheaper fitness wearables and the Apple Watch seem to have cornered the market, it's Casio's turn. The company reinvented its own basic digital watches years ago when it introduced the G-Shock, and its taking a specialized approach with the WSD-F10: a smart outdoor watch that not only does all things Android Wear, but also has a "timepiece" (or dumbwatch) mode that'll last around a month on a single charge. When it came to designing a smart watch, Casio apparently looked to the weaknesses inherent in current wearables. Yes, of course, battery life, but also survivability, especially when it came to using them outdoors. Along those lines, Casio's smartwatch certainly isn't a subtle wearable. Besides the orange color (it'll come in green, black and red options too), meaty is a better way of describing the circular frame. When worn alongside an Apple Watch, it makes latter look slender. The weight difference between the two isn't so bad, but if you have slender arms, Casio's first smartwatch might not be for you -- but it is a design decision often found on specialized wearables. Just ask Garmin. It's also defiantly chunkier than my G-Shock. 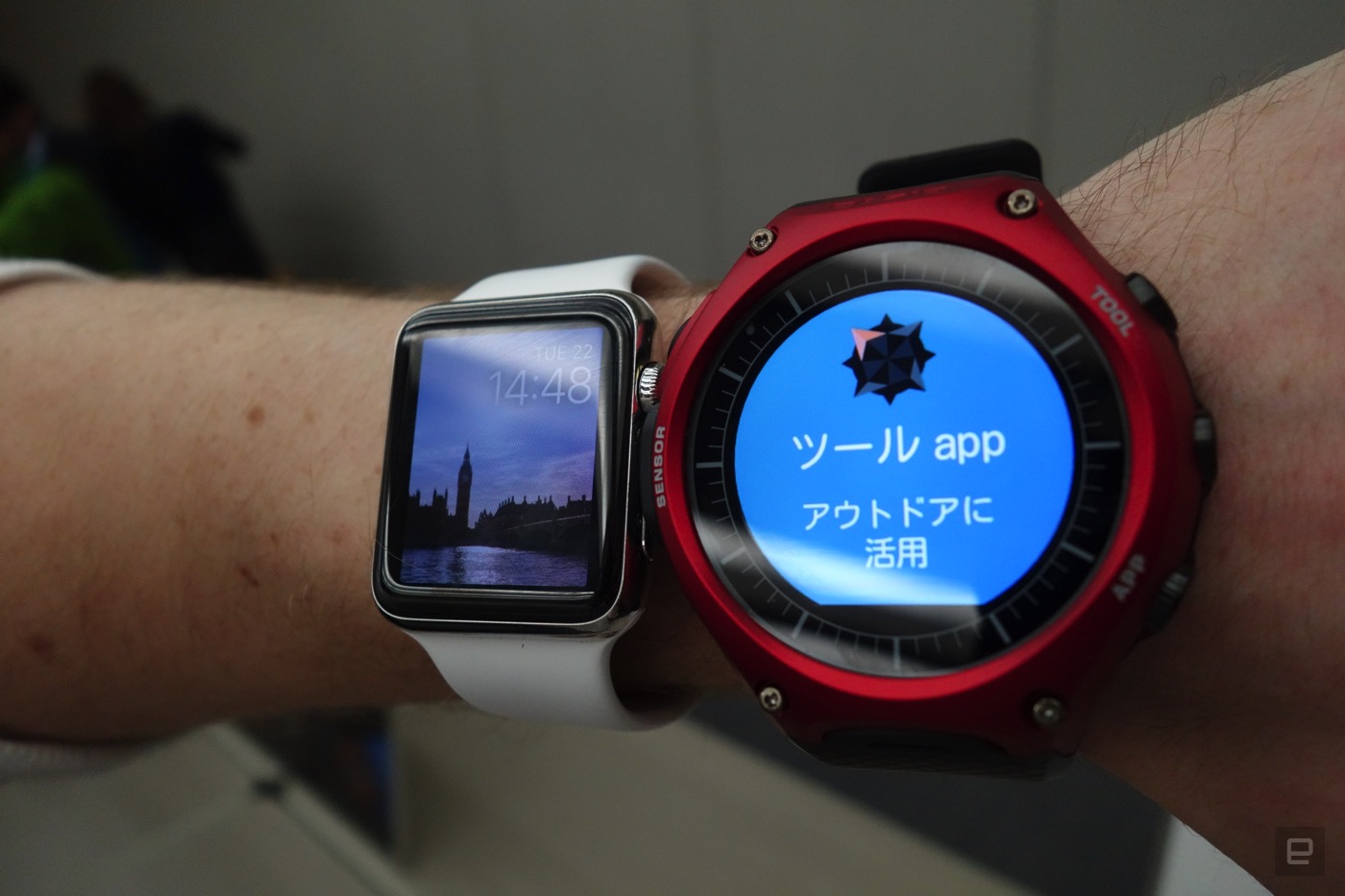 Perhaps the most notable feature stems from that quest for a more acceptable battery life. You can actually switch off all the smart features of the WSD-F10, and the watch will live on like any simple digital watch for around a month on a single charge. It has both a monochrome and color LCD panels built-in, making the watch far more power efficient -- if you're willing to sacrifice the smart parts. 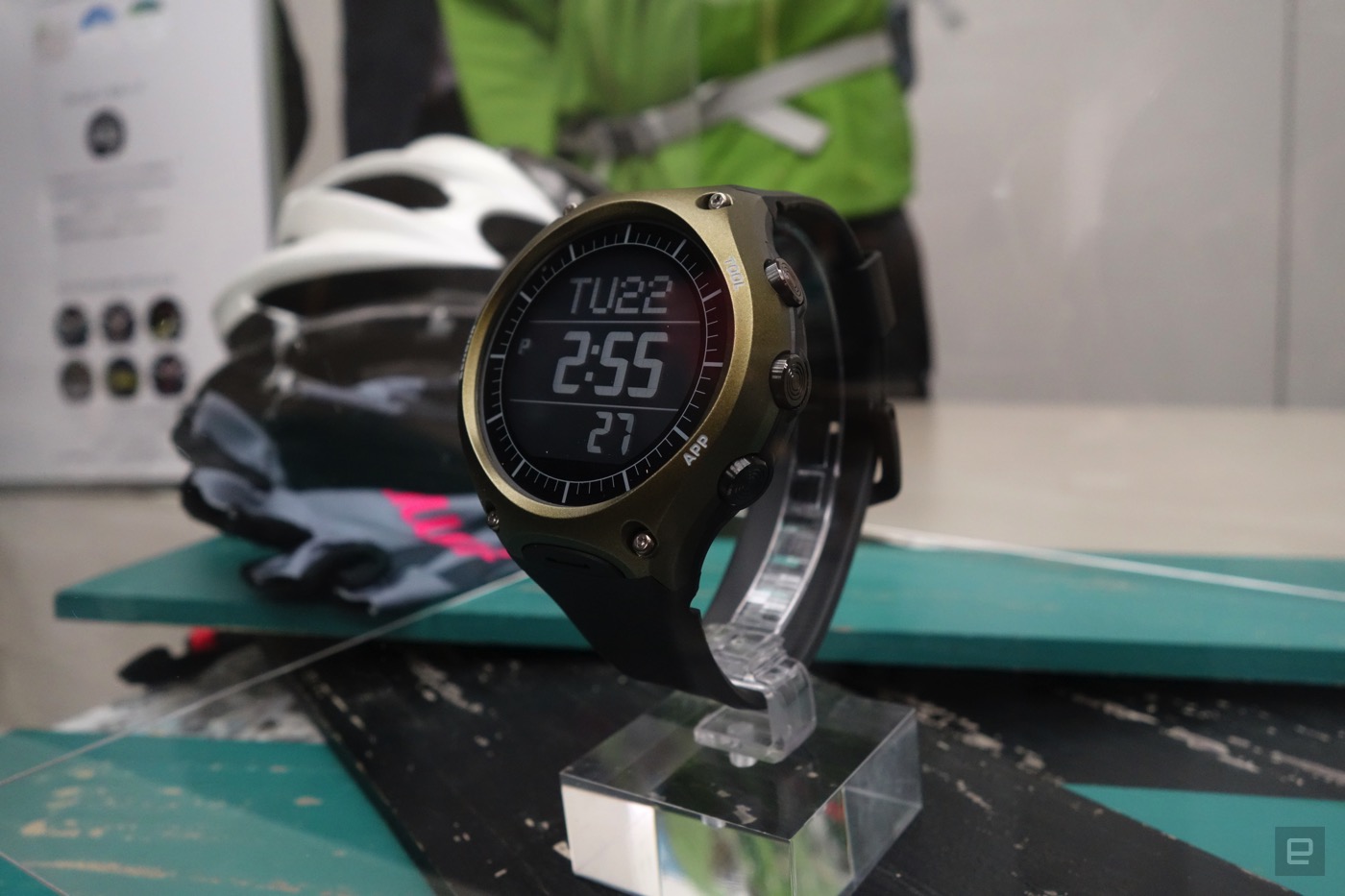 When it comes to the great outdoors, the watch has water resistance up to 50 meters, a pressure sensor, compass and accelerometer. To make access to your outdoor adventures easier, the upper right button acts as a dedicated "tool" shortcut for you directions, as well as tide and activity graphs.

Once the watch is paired with your smartphone, it'll be able to tap into third-party apps that offer fishing assistance and hiking-specialized maps and functions. Then again, wasn't avoiding any possible phone damage a major reason for Casio's rugged watch? We asked if it was working on a solo-capable, SIM-embedded model and... there are no plans. The smartwatch is set to launch in Japan and the US later this year, around late March, early April. Preliminary US pricing is around $500.

In this article: casio, ces, ces2016, gear, gshock, hands-on, rugged, smartwatch, timeline16cesdaytwo, watch, wearable, wearables
All products recommended by Engadget are selected by our editorial team, independent of our parent company. Some of our stories include affiliate links. If you buy something through one of these links, we may earn an affiliate commission.