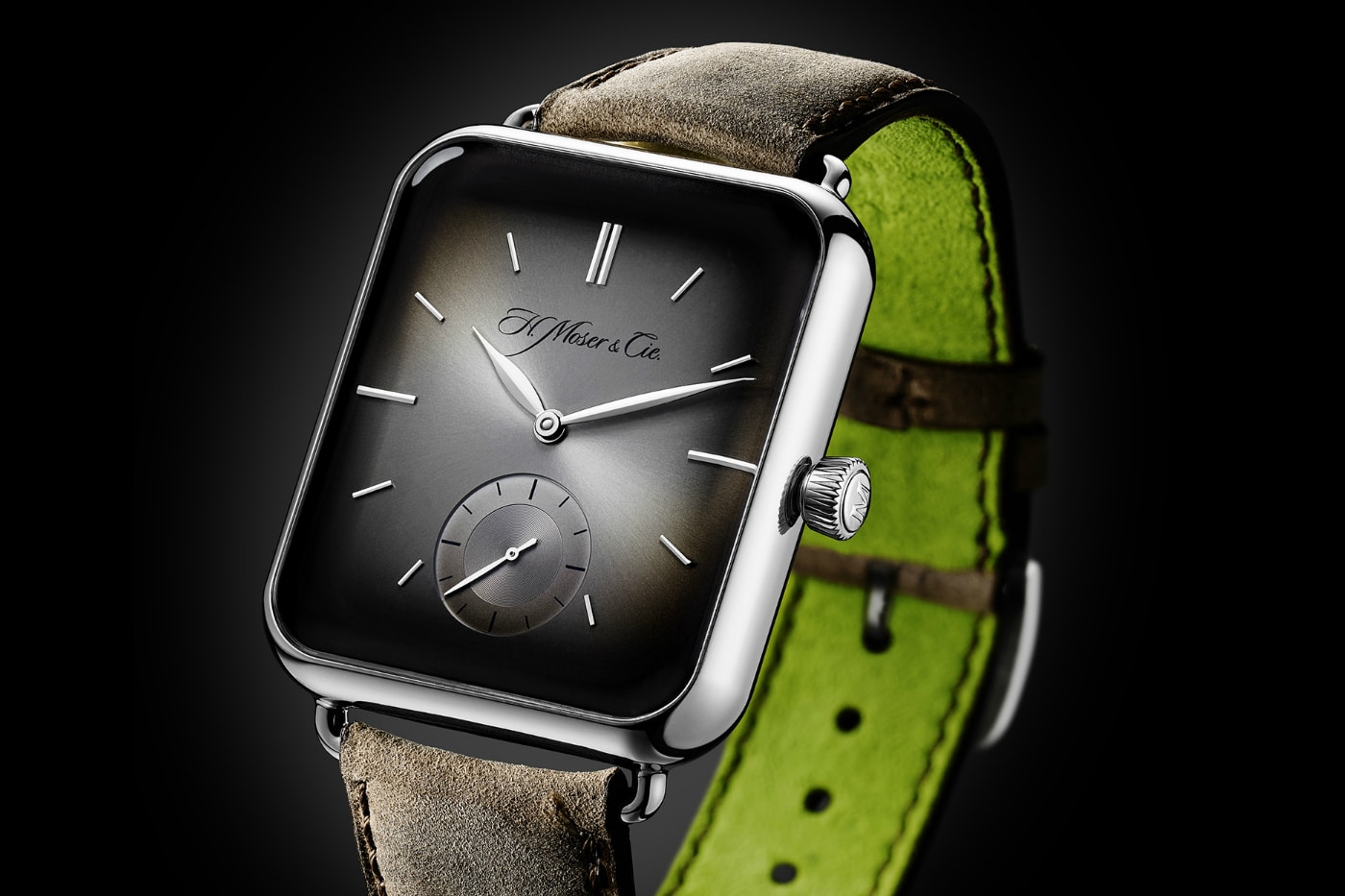 We'll get straight to the point: the new Swiss Alp Watch designed by luxury watchmaker H. Moser & Cie looks exactly like the Apple Watch. The company isn't shying away from its design inspirations though -- actually, that's the whole reason why it exists at all. On its website, the company says the timepiece is a "statement" against the smartwatch trend and proves "traditional mechanical watchmaking has a future, and is, in fact, the future." From the rectangular chassis to the thin lugs and narrow band, it's a clear imitation of the Apple Watch, at least at first glance. According to Hodinkee, the overall size even matches the 38mm model.

Of course, anything more than a fleeting look will reveal that this is, in fact, an analog watch with a regular face and moving parts. H. Moser & Cie is playing up the similarities though and, more humorously, the differences in a video similar to one of Apple's product reveals. There's the white background and Jony Ive-style narration, juxtaposed with comments about "over 200 years of R&D," a "revolutionary power source" and the fact there's only "one application: time." It's all pretty silly, although of course there's no guarantee that Apple's executives will see the funny side.

If you want to buy a Swiss Alp Watch -- it doesn't have apps like a smartwatch, but it should last longer -- the company is selling them for $24,900, which is even higher than the gold Apple Watch Edition. Only 50 are being made though, so you'll need to act fast -- that is, if Apple doesn't shut down the whole operation first. Tim Cook, if you're reading this, you know what they say: 'imitation is the sincerest form of flattery.'

Source: H. Moser & Cie
In this article: apple, applewatch, gear, hmoserandcie, mechanicalwatch, watch, wearables
All products recommended by Engadget are selected by our editorial team, independent of our parent company. Some of our stories include affiliate links. If you buy something through one of these links, we may earn an affiliate commission.