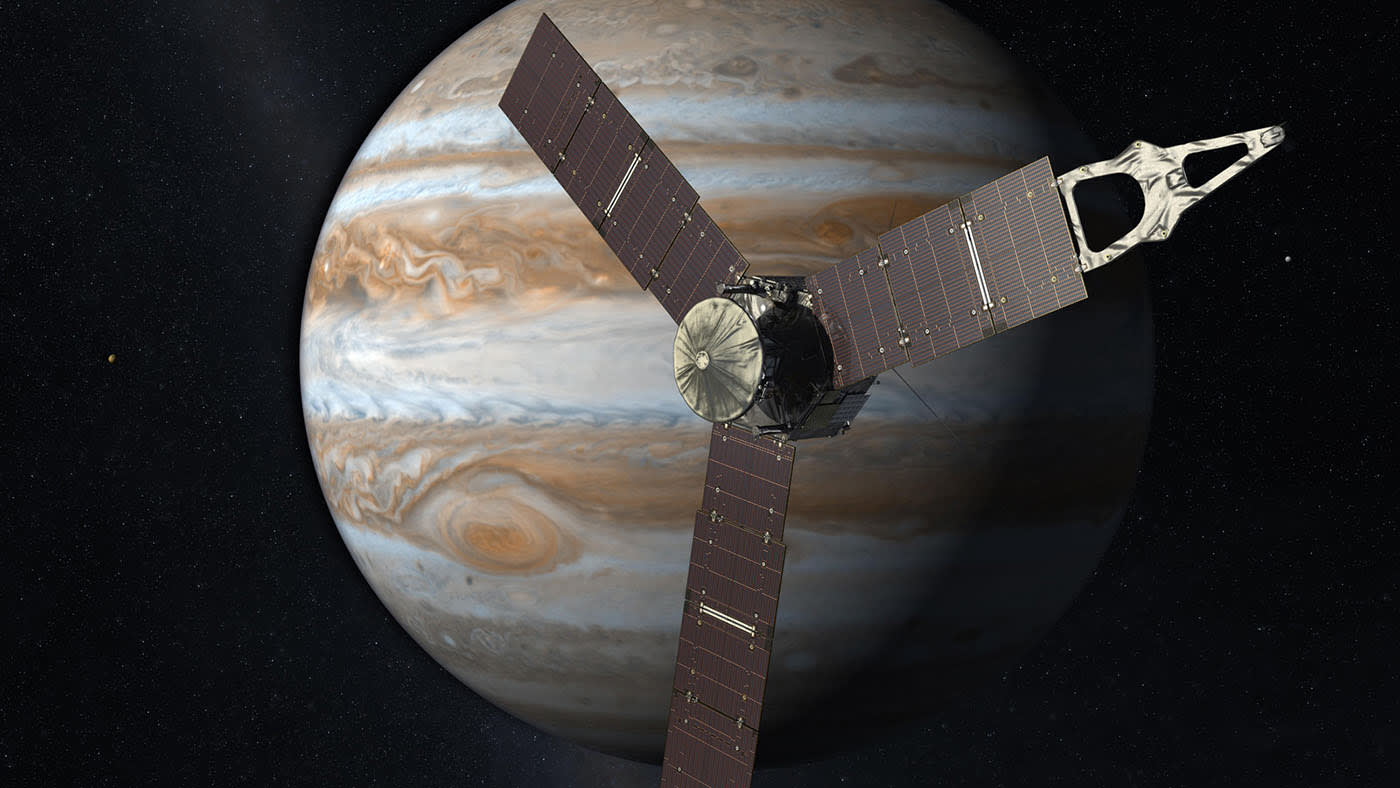 Aided by its enormous solar array, NASA spacecraft Juno has set a record as the most distant solar-powered space explorer. The four ton "armored tank" craft hit 493 million miles yesterday on its way to Jupiter, passing Rosetta's 492-million-mile mark. With a 30-foot-long array and 18,698 solar cells, it's able to profit from what little sunlight hits it. "Jupiter is five times farther from the sun than Earth, and the sunlight that reaches that far out packs 25 times less punch," said Juno project manager Rick Nybakken.

Only eight space craft in total have ventured the 500 million plus miles to Jupiter or beyond, and all were nuclear powered. The new solar record is nice, but Juno, which launched in 2011, has quite some work ahead of it. It should arrive on July 4th this year, at which point it will orbit the giant planet 33 times, getting as close as 3,100 miles above the surface. NASA says the goal is to probe the thick cloud cover and insane storms to "learn more about the planet's origins, structure, atmosphere and magnetosphere." There's no mention of any eternal youth potion, though.

Source: Jet Propulsion Laboratory
In this article: JPL, Juno, Jupiter, NASA, probe, Record, science, Solar-powered, space, spacecraft, video
All products recommended by Engadget are selected by our editorial team, independent of our parent company. Some of our stories include affiliate links. If you buy something through one of these links, we may earn an affiliate commission.