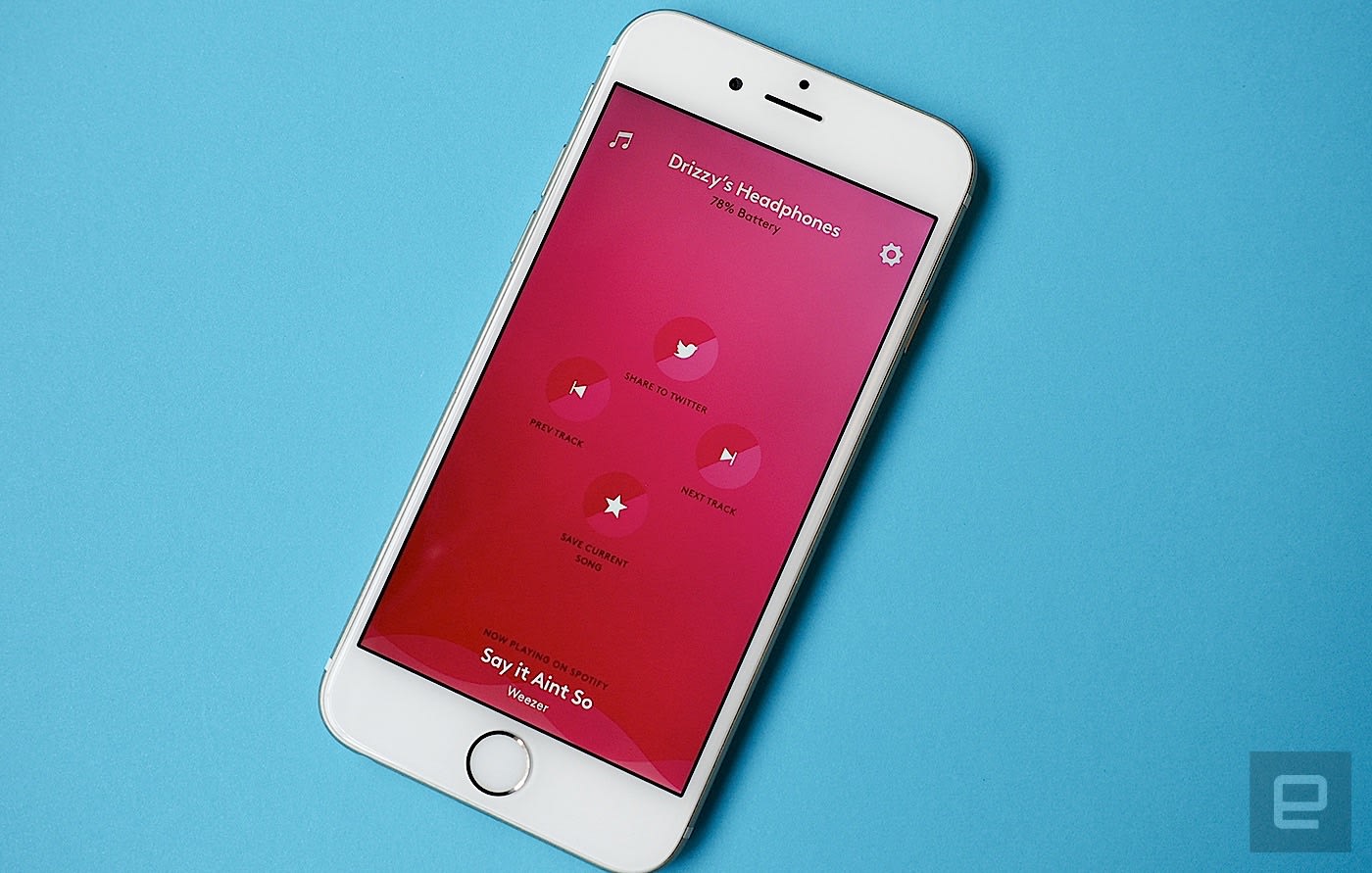 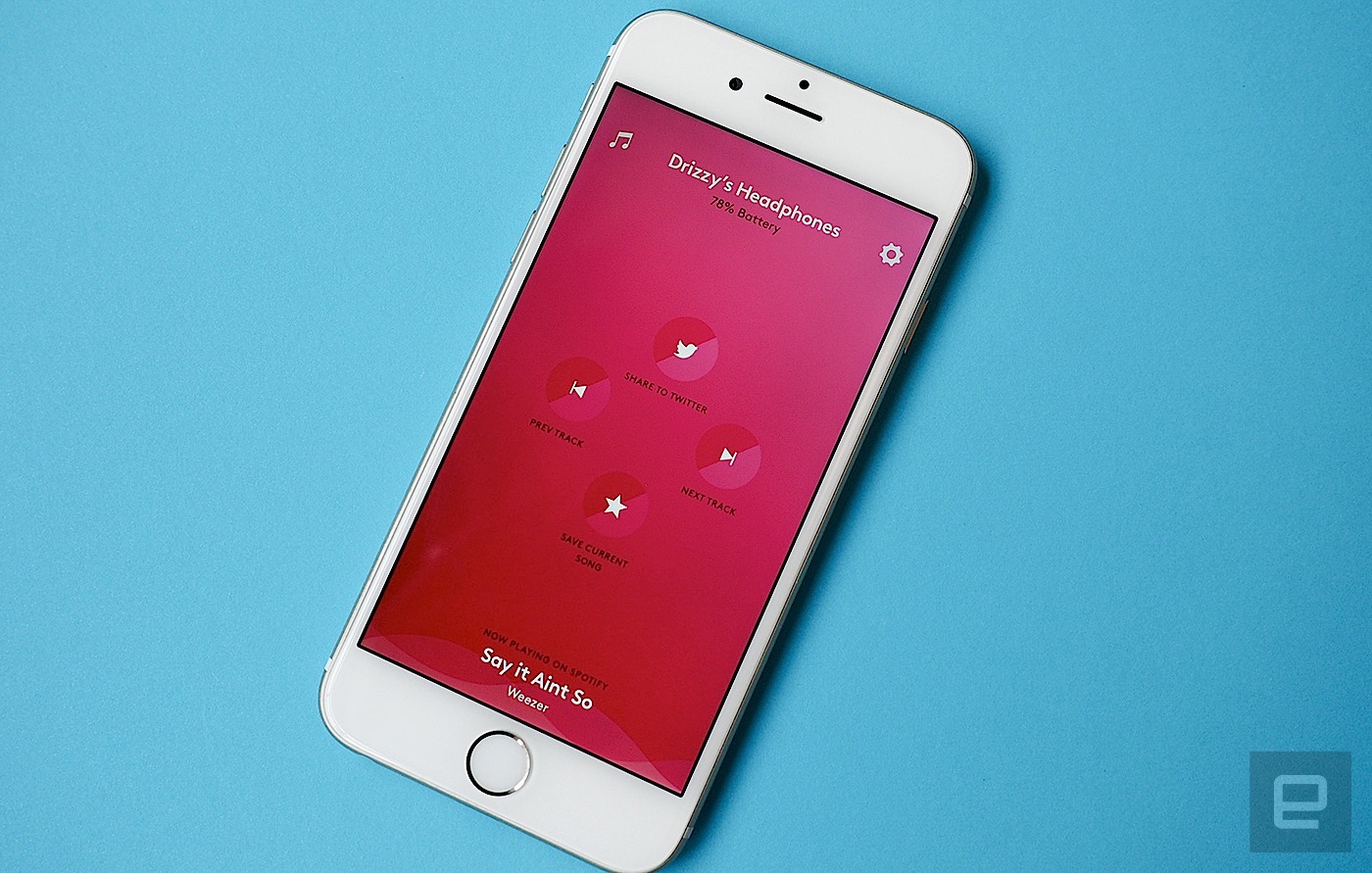 Here's the hard truth: Twitter, as popular as it is, isn't turning a profit. Its shares recently hit an all-time low. Though it brings in plenty of money, It seems that the company is having trouble attracting new users. In an effort to do so, it's turned stars into hearts. It's launched Moments, a curated news experience for new users. It's diversified into video with Vine and, more recently, Periscope. It's even looking into expanding its 140-character limit to 10,000. And now, Twitter might also be looking to get back into music.

Or so it seems. Buried in the midst of last week's CES blitz was a bit of news that Twitter had made a strategic investment with Muzik, a headphones startup (it's raised $18 million over the last two years, of which a small part comes from Twitter). At first blush, this seems bizarre: Twitter and headphones don't seem to go together. Why would Twitter put so much money into something so outside its core interest?

But Muzik isn't an ordinary pair of headphones. Instead of just using it to listen to music, you can map certain buttons so that, when pressed, the device shares whatever you're listening to on the social platform of your choice -- which, of course, includes Twitter. If you like, you can even attach a photo and a map location of where you are to create a "Moment," like in the tweet embedded below.

"It allows people to create these special moments in time," said Jason Hardi, Muzik's founder and CEO. "It creates a visual soundtrack of your life."

It doesn't matter what music source you're listening to either. Hardi tells me that Muzik uses a Shazam-type technology to automatically recognize what song you're listening to -- be it on Pandora, iHeartRadio or iTunes. Then it's able to capture the metadata of that song and find a link to it from a "legal source" (which in this case would be Spotify), at which point it automatically pastes that link into the tweet. Voilà: instantly shared music, no muss and no fuss.

The clue to what the deal means, then, has less to do with Muzik's hardware and has everything to do with its software.

Yet when asked about Muzik's partnership with Twitter, Hardi wouldn't reveal much beyond what was already reported. He did, however, offer a few significant insights.

"We're working on a lot of amazing things together," said Hardi. "I can tell you that part of the relationship is that we're going to make it easier for people to connect to each other and share music. It's going to connect culture."

There are a few clues as to what this all means. A few years ago, Twitter experimented with music when it bought discovery service We Are Hunted. It launched a whole #Music website along with apps for Android and iOS that promised to help you find more tunes via tweets from artists and your friends. Unfortunately, it tanked. It still relied on other services like Spotify and Rdio if you wanted to play full tracks and, for the most part, people just didn't use it enough for the endeavor to make sense. 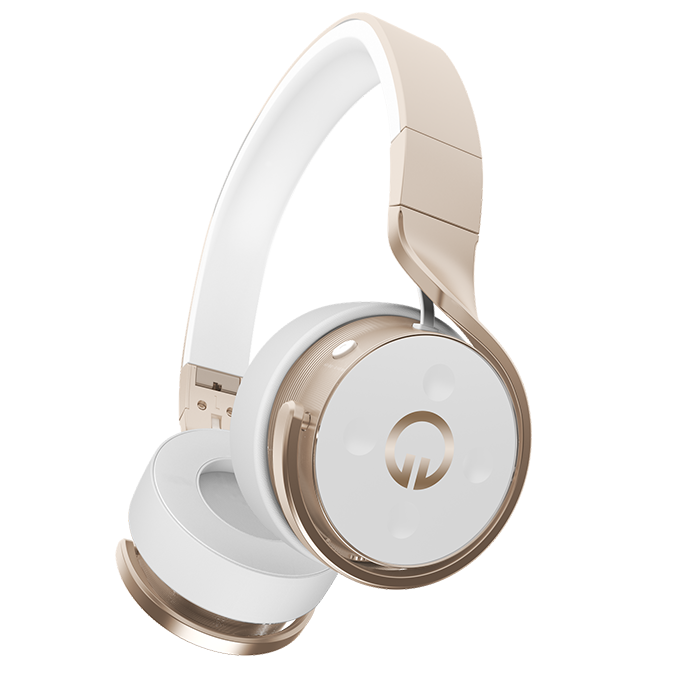 Interestingly, the site and account that the company used for #Music is still alive and kicking. It tweets music-related news around the world and often retweets new releases from artists. It also keeps an ongoing list of Popular Songs that are trending. Based on its continued existence, it seems to me that Twitter is perhaps at least a little bit interested in the re-integration of music into its service.

But instead of having its own app and service, which is financially risky, what if Twitter invested in a Muzik's Shazam-like technology instead? What if everyone, no matter what audio they're listening to, could instantly press a button and have that song be shared on Twitter? And what if that smart audio-sensing technology was integrated right into Twitter itself so you don't ever have to hunt and peck for a URL to copy and paste? It's worth remembering that social network rival Facebook already has this auto audio recognition tech integrated into its mobile app, so the idea isn't without precedent. It wouldn't be such a stretch to imagine Twitter would want in on it too.

Of course, the music scene is not without its perils. Rdio recently shut down and it's not like Spotify is making money either. But if we were to take Hardi's "connecting culture" hint a step further, perhaps Twitter could parlay this Shazam tech beyond music, and have it recognize what TV shows or movies you're watching too. Again, there are already apps that can do this (including Facebook), so it wouldn't be surprising if this happened. And from there, ad opportunities abound.

Hardi has had experience with headphones before -- he was one of the product leads for SMS Audio, specifically the line of audio hardware peddled by rapper 50 Cent. But he wanted to make headphones that did more than that. So he left to found Muzik back in 2013 with the intention to, as he put it, to connect the world.

"I know that sounds like a very big aspiration," he said. "I do believe that music is one of those art forms, that has a magical ability to connect people. I want to create products that would enhance people's lives, that would make it easier for them to connect."

"What we are doing together is really going to change the world," said Hardi of the Twitter partnership.

That's a lofty goal. But, for Twitter's sake, it might need to do just that.

In this article: av, business, culture, gadgetry, gadgets, internet, muzik, twitter
All products recommended by Engadget are selected by our editorial team, independent of our parent company. Some of our stories include affiliate links. If you buy something through one of these links, we may earn an affiliate commission.