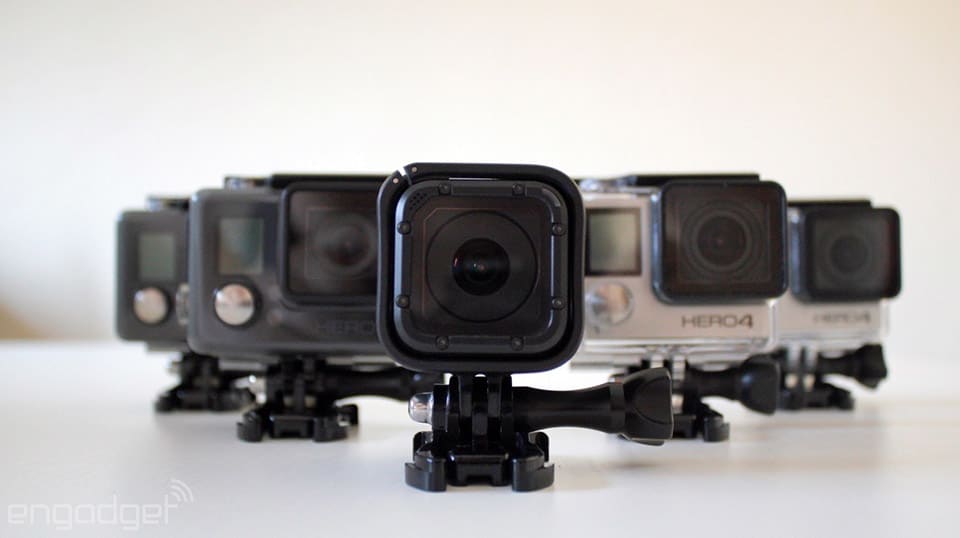 GoPro had its most challenging year yet in 2015, after a less than successful Hero4 Session launch, a slump in share price, and a swelling product line that confused some customers. To rectify that, the company is pruning back its camera range to just three models (again): The Hero4 Session, Silver and Black. GoPro CEO Nick Woodman also confirmed the next camera will be the "the most connected and convenient GoPro ever made. Hero5." Not a Hero4+ or new Hero4 Session. The entry-level Hero line is being axed in April, the Hero5 will arrive "later this year," Woodman said during the company's latest earnings call.

Woodman also explained how GoPro will release an "entirely new" video editing experience that will enable users to make "strikingly good" video edits in minutes. A problem that GoPro (and others) have been eager to resolve for some time. GoPro's awards program, for example, is an attempt to incentivise users to upload and share better GoPro videos on their social networks. These tools will make that easier. Both the new cameras and the software will come ready for forthcoming cloud services, with GoPro's desktop content management application being slated for release in March.

Right now, the GoPro line-up includes three "Hero" models, the Hero, Hero+ and Hero+ LCD. These cameras were meant as cheaper options for those looking to get a GoPro without the premium cost. For some, it made choosing the right camera confusing. In particular when the Hero4 Session launched, as it cost the same as the Hero4 Silver ($399), but with a much more limited feature set. GoPro would later slash the price of the Session to $199 (half the original asking price). Now it will replace the Hero line as the entry-level model.

Woodman already confirmed to Engadget that the company is planning to continue with the Session model, or at least its smaller, square form factor during an interview at CES. Woodman's comment that the Hero5 will be "connected and convenient" will come as a tease to those waiting for the next camera. Though what "connected" actually means is open to interpretation. It's likely that simpler controls like the Session, and tight integration with the mobile, desktop, and cloud tools will be key, rather than a boost in resolution or camera quality. Though 4K in a Session-sized camera is also likely.

In previous years, GoPro introduced the Hero3+ and Hero+ models as more modest upgrades similar to how Apple launches "S" models every other year. But, with no Hero4+, it looks like we might see the lines between the Session and the Black and Silver become less pronounced. At least for now, if you were in the market for the cheaper Hero models, there's a good chance a bargain could be on the way.

Source: GoPro
In this article: actioncamera, cameras, gear, gopro, hero, hero5, nickwoodman, session
All products recommended by Engadget are selected by our editorial team, independent of our parent company. Some of our stories include affiliate links. If you buy something through one of these links, we may earn an affiliate commission.