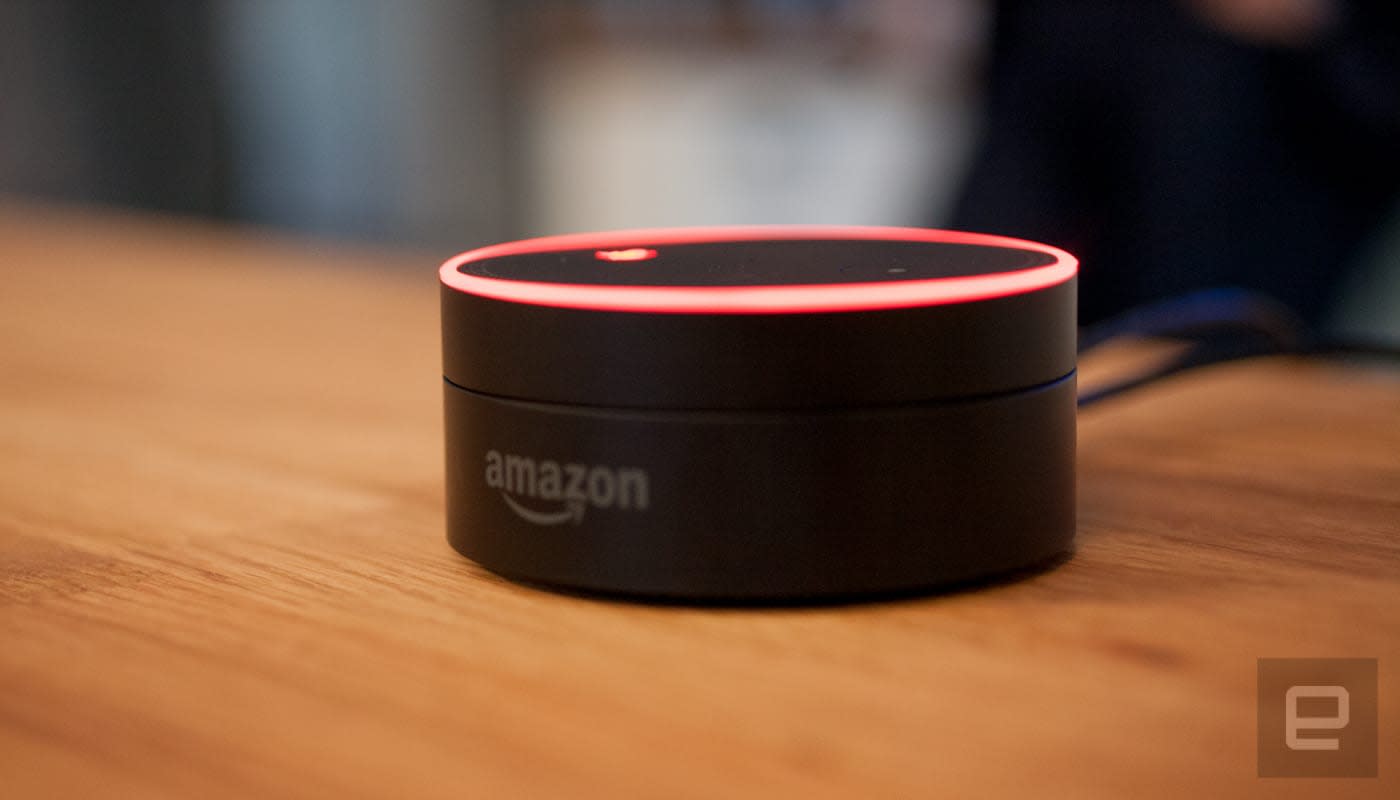 It was only a matter of time until someone integrated a fitness gadget with Amazon's Echo -- we should have guessed that Fitbit would be first. Starting today, you'll be able to ask any of Amazon's speakers about your Fitbit performance with a new Alexa skill. Once enabled, you can say "Alexa, ask Fitbit how I'm doing today" for a basic overview of your activity. But even more intriguing, you can ask Alexa things like how you've slept, or how much activity you've tracked, for any of the previous seven days.

Sure, it's pretty easy just to glance down at your Fitbit device, but the ability to ask about even more complex stats makes this a pretty compelling Alexa skill. Amazon's virtual assistant will even take the role of a coach with encouraging and inspirational comments, all of which will take the time of the day into account. Asking about your step count in the morning, for example, might get Alexa to say "you've got to start somewhere."

"As we look at how this integration could evolve in the future, there is an endless world of possibilities from fitness coaching and nutrition tips, to guidance before bedtime to help you get a more restful night's sleep," Tim Roberts, executive vice president of interactive at Fitbit, said in a statement.

I haven't had a chance to try out Fitbit's Alexa skill yet, but on paper it seems like the perfect use of Echo's voice smarts. It's much easier to ask about something like the amount of calories you burned yesterday and get a quick reply, rather than open your phone, find the Fitbit app, and drill down to the appropriate screen. It's even more useful than the voice-powered food and activity logging that Fitbit brought to Microsoft's Cortana last year.

In this article: Alexa, amazon, Echo, Fibtit, gadgetry, gadgets, gear, wearables
All products recommended by Engadget are selected by our editorial team, independent of our parent company. Some of our stories include affiliate links. If you buy something through one of these links, we may earn an affiliate commission.