Like all jokes on April Fools' Day, some are received better than others. Pranksters usually mean well, but there's always someone that pushes the envelope a little too far, upsetting the recipient. Google fell into this trap today after launching a new "feature" for Gmail users called Mic Drop. It added a secondary "Send" button to the web interface, which would exchange a humorous GIF with all of the thread's participants. More importantly, it also muted the chain so that the user couldn't see any follow-up emails in their inbox. Just like a classic mic drop, really. 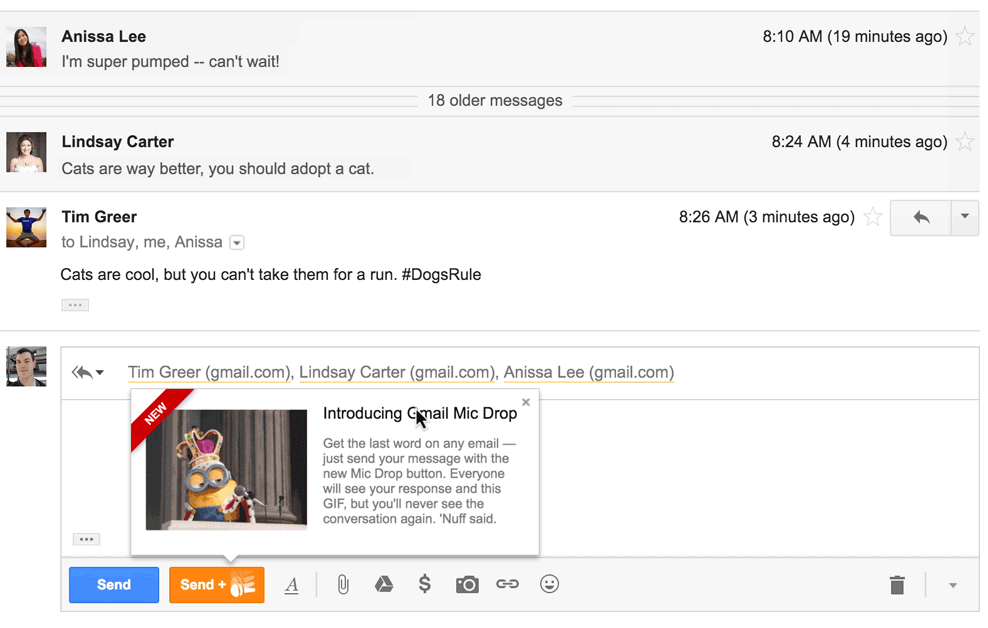 Many people tried Mic Drop accidentally, or pressed the button without knowing its full effects. It triggered a small but significant backlash in the Gmail Help Forum, with numerous users asking for a disable option. One user claims to have lost their job after using the feature to send draft documents to their boss. The GIF wasn't appreciated and the user never received their replies, which included important corrections. Unsurprisingly, this led to a "very angry voicemail" in the morning. 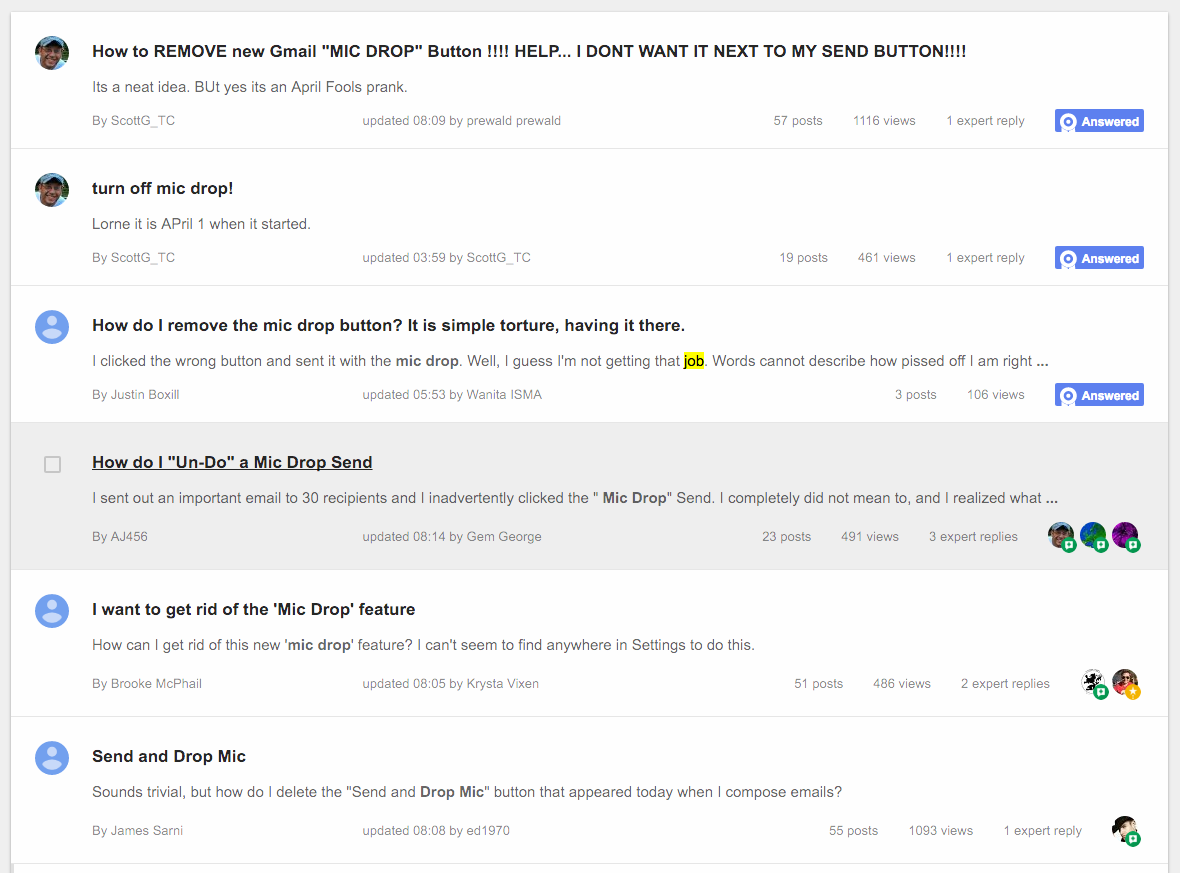 Google has now reacted and pulled the feature from Gmail. A spokesperson told Engadget: "Well, it looks like we pranked ourselves this year. Due to a bug, the Mic Drop feature inadvertently caused more headaches than laughs. We're truly sorry. The feature has been turned off. If you are still seeing it, please reload your Gmail page." The nature of the bug and its effect on Mic Drop remains unclear. While killing the prank was undoubtedly the right move, for some the damage has already been done. It sets a downbeat and cautionary tone for the rest of April Fools' Day -- especially when viewing the countless jokes carefully crafted by Google.

Source: Google (Blog Post), Gmail Help Forum
In this article: aprilfoolsday, gear, gmail, google, internet, micdrop, services
All products recommended by Engadget are selected by our editorial team, independent of our parent company. Some of our stories include affiliate links. If you buy something through one of these links, we may earn an affiliate commission.