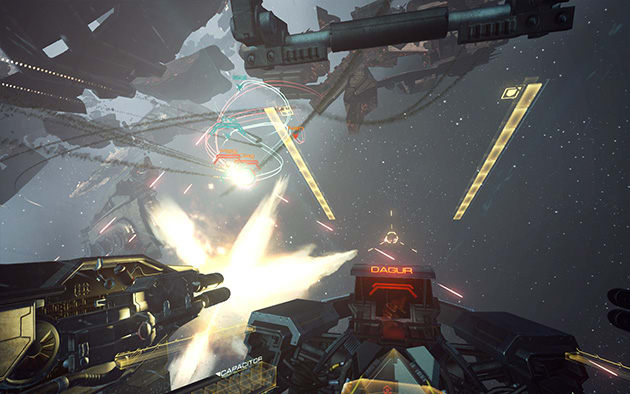 With the Oculus Rift and HTC Vive now available for consumers, the virtual reality wars have officially begun. But depending on your headset choice, the content options will vary. So if you had your heart set on playing CCP Games' multiplayer dogfighting space shooter Eve:Valkyrie, but worried it'd be tied to the Rift, you can breathe a sigh of relief. The Icelandic studio announced on Twitter today that the VR title will be heading to the Vive in 2016. Beyond that very vague release window, we don't have much more in the way of specifics. So while you wait patiently for your chance to take part in CCP's epic space battle, why not check out the plethora of content just waiting for you on Vive's launch day.

Congratulations to HTC & Valve on launch! We're excited to confirm #EVEValkyrie is coming to #Vive in 2016. pic.twitter.com/B6QHFjSu0H

In this article: CcpGames, Eve:Valkyrie, evevalkyrie, gadgetry, gadgets, gaming, gear, HTCVive, virtualreality, vr, wearables
All products recommended by Engadget are selected by our editorial team, independent of our parent company. Some of our stories include affiliate links. If you buy something through one of these links, we may earn an affiliate commission.