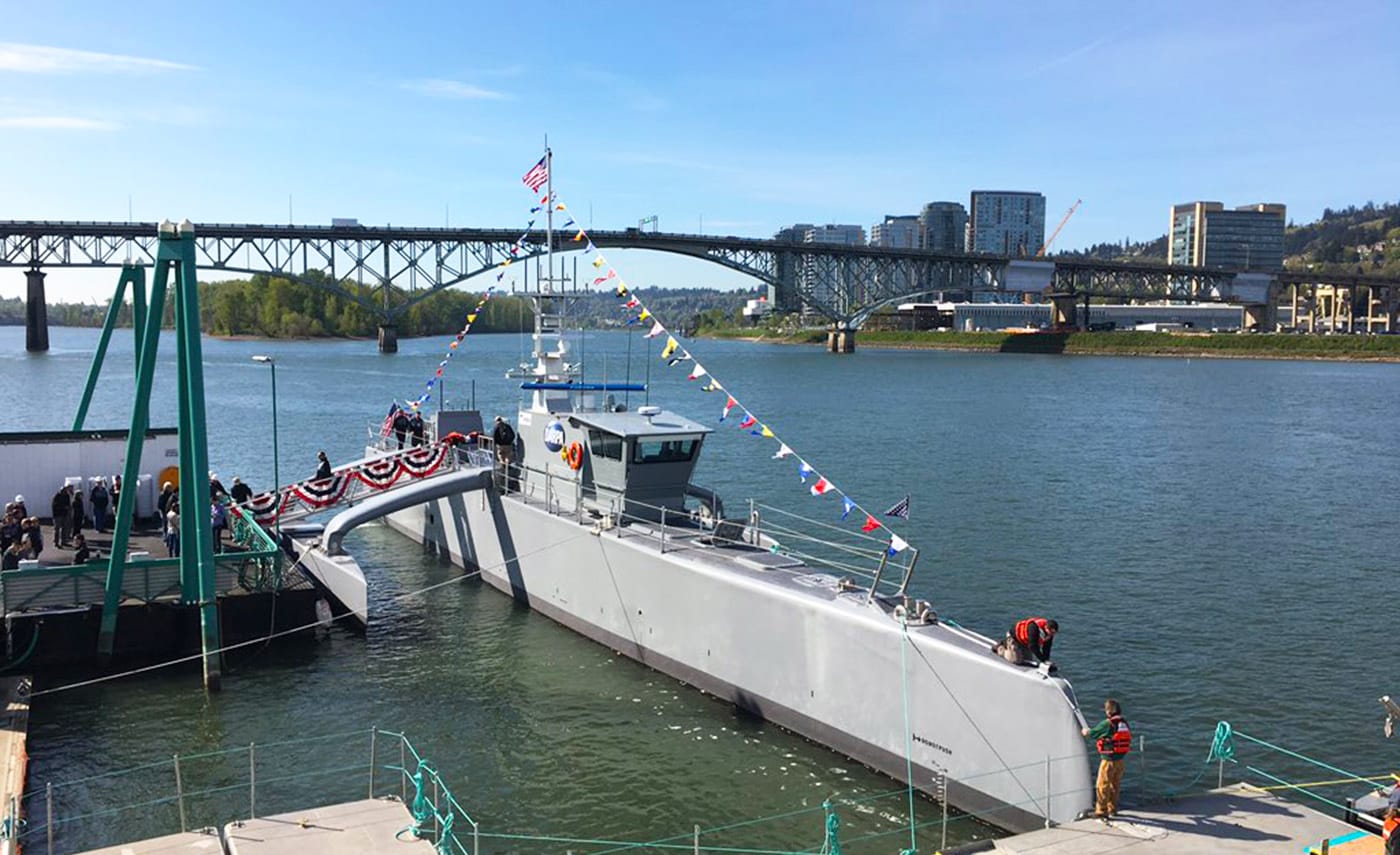 DARPA's Anti-Submarine Warfare Continuous Trail Unmanned Vessel (ACTUV) has a brand new and less tongue twisty name: Sea Hunter. The agency made the announcement at the drone ship's christening in Portland, following a series of speed tests conducted these past few days. Now that DARPA Director Arati Prabhakar is done smashing a bottle over its bow, it's ready to begin a battery of tests to be held within the next two years. The military has to make sure the 132-foot self-driving ship can evade other marine vessels using its radar and cameras, among other things, before it can officially deploy it.

Sea Hunter has the capability to hunt stealthy foreign submarines -- China's and Russia's navies both have big submarine fleets -- and follow them for two to three months at a time. Deputy US Defense Secretary Robert Work clarified to Reuters during the event, though, that the drone doesn't have weapons. If the military decides equip it with any, Work said the decision to use them would be made by human personnel. We're guessing they'd be controlled remotely, since the ship wasn't designed to house a crew on board. The ship is slated to start its open-ocean tests this summer off the California coast.

Source: Reuters, DARPA
In this article: actuv, antisubmarine, darpa, droneship, gear, seahunter, security
All products recommended by Engadget are selected by our editorial team, independent of our parent company. Some of our stories include affiliate links. If you buy something through one of these links, we may earn an affiliate commission.